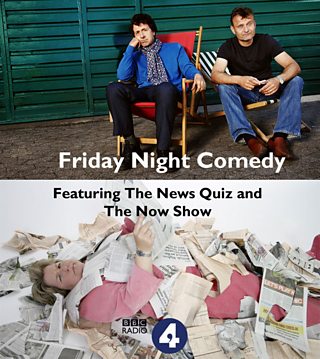 Building on the runaway success of the Friday Night Comedy podcast (featuring The Now Show and The News Quiz), there are now three comedy podcasts on offer from Radio 4.

Yes, the Friday Night Comedy podcast is now being downloaded over a million times each month, putting it at the top of the iTunes podcast charts on a regular basis. You told us you want yet more comedy, so in January we launched Radio 4's Comedy of the Week, featuring a different comedy from the Radio 4 schedule each week.

And a fortnight ago, we made What's So Funny? with Rufus Hound available as a Radio 4 Extra podcast. We think this might be the first ever magazine show about comedy, bringing you up to date with some of the latest programmes, films, tours, gags and comedy gossip.

Wherever you are in the world, you now have 90 minutes of Radio 4 comedy to download and keep every week.

Morrissey is in the building

Radio 4 Extra: Responding to your feedback