Editor's note: Poet, Andrew Motion uses conversations with British soldiers as the basis for a series of new poems reflecting on what it is like for British soldiers to come home after their long and dangerous campaign in Afghanistan.  Hear Coming Home on Radio 4 on Sunday, 9 November at 4.30pm.

In April this year my producer Melissa FitzGerald and I visited the British Army camp at Bad Fallingbostel, forty kilometers north of Hanover. Our plan was to talk to members of the 7th Armoured Brigade – the Desert Rats - as they ended their final tour of duty in Afghanistan (‘Operation Herrick 19’), and to see what they felt about ‘coming home’. Later, when I got home, I would receive transcripts of our conversations and use them as the starting point for a series of new poems, which I envisaged as a form of collaboration between me and their subjects. 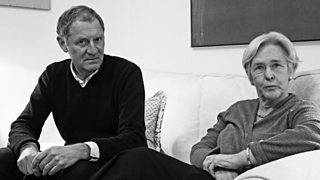 When we landed at Hanover I still had only the vaguest idea how this would work. But as we drove up the autobahn, and saw the remains of the old pine forest of northern Germany thicken around us, I began to think this was going to be an even more intense time than I’d anticipated. For one thing, I realised we were following almost exactly in the steps my father took when his regiment came this way in the spring of 1945. For another, as we came onto the camp itself and felt the peculiar power of all enclosed communities begin to assert itself, I knew I was about to come face to face with extreme emotional states of one kind or another.

Extreme states that were very well-controlled, of course – the army is very good at that – but probably all the more remarkable for being so well-drilled and rigorously reserved. Relief. Pride. Sadness. Excitement. A very strong and strangely-mixed brew, which existed at an equally strange distance from the world I usually inhabit.

In the course of our time there we talked to about ten people – junior and senior – as well as two medics and a padre (and, when we got back home, to the mother of a soldier who had been killed in Helmand in 2009). Each in their own way had very powerful things to say, but by and large the soldiers were very reluctant or actually unable to speak with much candour about the bad things they had seen. Comradeship, yes; the beauty of the landscape yes; pleasure at being home (and also the frustrations of civilian life) yes. But not death and destruction. Yet in each conversation I felt the pressure of these un-said things very strongly. Every voice seemed to be haunted by difficult memories. 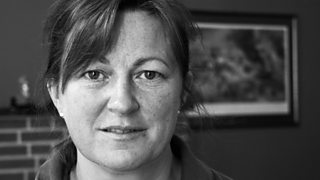 When I got back to England and began reading through the transcripts of these talks, my first instinct was to look for a linguistic richness that conveyed these ideas. Then I realised I was looking for the wrong thing. The expressions that most interested me were in-between the sentences I had heard spoken. They were implications, not bold utterances. The pity was in the pauses, the silences, the suppressions; the poetry, if there was to be any, had to catch these things, and not hunt for eloquence.

With this in mind, I then set about editing, rearranging, adding to, tweaking, ventilating, and shaping the things I had heard. It was an extraordinary experience. In fact I can’t remember when I last spent a more enthralling few working days. Everyone I spoke to had been profoundly changed by things they had seen and done in Afghanistan. Listening to them, I felt that I had been changed a bit too.

In Memory of Lieutenant Mark Evison

many hours kneeling together in the garden

he liked lending a hand

or the brick path with the cherry tree

that grows over it now       the white cherry

as if he’s coming back

It was just after Easter

with everything in leaf

he is so sweet really

I kissed him and said

he turned round and said

I opened the garden for the first time

and this man was hovering

as we walked down the side passage

Then no one was there

and I gardened all day

I felt next morning

he was struggling for his life

He would be home

and if he died they would ring me

and they would go back

and they would not keep coming

my daughter Elizabeth and I drove to Birmingham

we had worked out the times of the last plane

and they still hadn’t called me

and he was still

with this big plastic hole

a bandage over a hole

The reindeer       the wild reindeer

giving birth in the snow

with the rest of the herd scarpering

they have seen the eagle above them

but the mother stands still

a bit restless       and everything

but starting to lick her baby

Quietened       that is the best word

to describe it       I felt quietened

seeing the hills below

as we came into Kabul

and here everything is purple

orange       Turner colours I call them

In my imagination he is never dead

and the molecules starting again

and the mountains never changing

but for a moment

with the brown earth rushing to meet me.

Feedback - The Archers and The Missing Hancocks