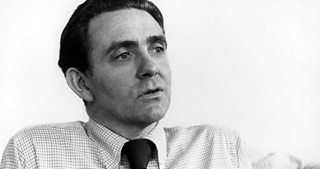 The BBC is famously good at marking anniversaries. Wars, coronations, Darwin's birth, 'Dad's Army.' So it is right that the fortieth anniversary of Radio Four's Analysis, which takes place this year, should be marked in some way. It was at 21:15 on Friday 10 April 1970 that the voice of the urbane Ian McIntyre was heard presenting the very first edition of the programme, "Next Tuesday sees the annual enactment of a classical piece of British folk ritual. Budget Day ranks with the Grand National or a deciding Test against Australia."

For students of radio, those who think that radio, and in particular its history, is worth studying, Analysis is high up the list of significant programmes. I think the reason can be found right at the very beginning, in 1970. Interestingly, the first Analysis was broadcast on the day that Paul McCartney announced the break-up of the Beatles; the end of one era, the 'swinging sixties' and the beginning of a new, more serious times, and Analysis was most certainly serious. Ian McIntyre as presenter and his producer, the formidable Hungarian émigré, George Fischer, took the Reithian values of the old BBC very seriously indeed and gave Analysis a deep commitment to the highest standards of research.

One of my favourite editions of Analysis from this period featured Ian McIntyre in Egypt and began in typical style, "A great place for jokes Cairo. I suspect they have a certain therapeutic value; without them the chaos that is Cairean traffic and the inert mindlessness of the bureaucracy would drive everyone screaming up the walls of the Mohammed Ali mosque." A year earlier, also in tourist mode, McIntyre had visited Salisbury, the capital of the former Rhodesia, which got a similar treatment, it was "an agreeable town" with "better curio shops than most cities in Southern Africa" and McIntyre was not one to ignore "the glory of the jacaranda trees."

An article of faith which underpinned the early Analysis was a deeply held commitment to radio itself. Throughout its 40 years, the programmes has been based on a belief that radio, uncluttered by pictures and carefully-manicured presenters, does the job of explaining the world better than any television programme. Which is not to say that Analysis has never had its stars; most notable of these was Mary Goldring who was the main presenter from 1975 to 1984. Her first Analysis in May 1975 began in her famously direct style, "Did you vote in local government elections today? Did you even know that elections were going on outside Northern Ireland?" Mary Goldring probably deserves the accolade of the foremost current affairs broadcaster of her generation and she used Analysis as her main platform. She was not afraid to be outspoken; in 'Whipping the Cream' in June 1981, she made it perfectly clear that she would close 'failing' universities, that the government failed to do so was due to "the vestigial awe of universities" we have and as a result, "the government has lost an unrepeatable opportunity to throw some redundant institutions to the wolves." Ouch!

Analysis today remains Radio Four's most authentically intellectual programme. Listening to Michael Blastland present the most recent Analysis I felt the founding fathers would have recognised in that thoughtful, unadorned and truly 'analytical' edition the qualities of thorough research and rigour to which they aspired, 40 years earlier.

A History of the World in five minutes and eight seconds