The Mystery of Twin Peaks

25 years on, people are still talking about Laura Palmer. Writer and broadcaster Danny Leigh's documentary asks why Twin Peaks has had such a lasting influence. 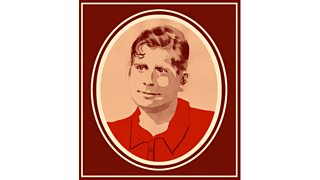 At first glance, the mystery of Twin Peaks was cracked halfway through the show’s second series. After all, that was when the murder of high school prom queen Laura Palmer was solved and the guilty party unmasked. But the real mystery of this most singular of TV series still lives on today.

25 years later, I’ve helped make a documentary that tells the story of its dramatic life, celebrates its influence – and sets out to untangle what sounds a simple question. What kind of programme was Twin Peaks anyway? Because when you try to explain that, it can sound a little baffling.

Back in 1990, it arrived from the US on a monster wave of hype. Speculation about the identity of Laura’s killer filled the front pages of the tabloids. But it was a strange tabloid sensation indeed, having sprung from the mind of David Lynch, director of such dark, provocative films as Blue Velvet and Eraserhead.

That particular conundrum – what a glossy network TV show ends up like when it’s made by an avant-garde filmmaker in thrall to Francis Bacon and Kafka – was the first of the programme’s many puzzles.

Watching it, things should have become clearer. And they did – for perhaps ten minutes. This was a cop show, clearly, a story about the investigation of Laura’s murder in the title’s scenic logging town, led by the FBI’s Agent Dale Cooper (played by Kyle MacLachlan).

But the longer he spent there, the more we veered off into the lives of the town’s inhabitants, uncovering their illicit affairs, the industrial intrigues at the Great Northern Hotel and Packard Saw Mill. So was this a soap opera? Or at least a sly satire of one?

Or given how rarely anyone ever seemed to leave the place, was it science fiction? A distant cousin of The Twilight Zone?

But wait, no. Then we were at the local high school, in the middle of a teen drama, Beverly Hills 90210 transplanted to the damp Pacific North West. But if that’s what it was, why were these 90s kids breaking off to dance to dreamy jazz and sing-along with the kind of rock’n’roll actual teenagers would have last listened to in 1954?

What was this tone that Lynch had whipped up? One moment all was surrealist mayhem. In the next, he might display authentically human warmth for his characters. How could we laugh so hard at a scene of deadpan slapstick – then be left shaken by a sudden, horrific reminder of the blackness at the heart of the thing?

And why, by episode three, were we watching a small man in a red suit talking backwards in an extra dimensional waiting room while Laura Palmer’s doppelganger looked on?

Even now TV trades on the idea of genre – on programme makers creating shows to fit clearly marked boxes. It’s a rational approach to the business of entertainment, working on the basis that viewers are really customers who watch TV like they’re visiting the supermarket; there to satisfy tastes they already know they have. Yet here was a show made out of a dozen different genres at once, that reminded us of all of them and none of them, a TV show that felt like a dream.

Maybe that’s as close as we can get to an answer. But whether a programme so unique could be made today – well, for all this is meant to be a golden age of television, the answer to that might be altogether clearer.

Feedback: Does the BBC take its radio audiences for granted?