The Mysterious Case of Maria

Editor's note: The Mysterious Case of Maria is the Radio 4 Afternoon Drama on 22 November. Unusually for a radio drama, it was written by a team of young writers. Here, one of the writers, Corey Montague-Sholay, writes about what it was like to be involved. PMcD 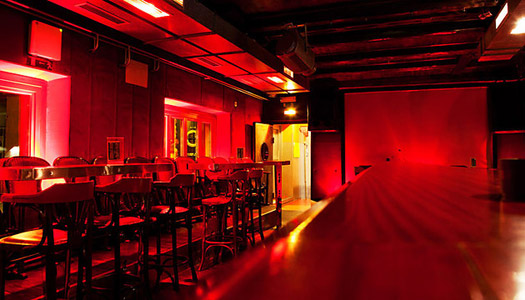 "Maria's case found me in an unexpected way". It's the first line of the play and the best way I can describe the process. The five of us penned it after being invited to workshop ideas at Bush House. What linked us? We'd all written an episode of EastEnders: E20. But The Mysterious Case of Maria, a rom-com mystery centred on a girl finding her way in the city, is a far cry from the webseries.

There were three major elements. One was hearing Ellie's thoughts and having her narrate her story. Second was her fantasy, which comes from the fictional "Bianca Kane" novels (at one point we began writing one!). The other was her dating some pretty... special guys.

I'll never forget our first draft; we each had two/three scenes to write, what came back were five hilariously different takes on Ellie. Her voice was so distinctive we'd all taken something different from it. Our time spent together was used refining her voice and story, and we used a baton pass system between the writers to ensure clarity. The Mysterious Case of Maria changed a lot throughout, the core remained untouched but the piece gave so much scope to be stylised everyone who had an input led it in a new direction.

The main difference from TV is the shift from sight to sound at the forefront. I dreaded the thought of making characters churn out expositional, boring chunks of text to describe everything, "Yes, that chair IS a lovely shade of magenta, don't know why we both had to mention it considering as we can both see it but hey". But I realised noise can be even more useful than sight. I associated sounds and songs to certain people in my day-to-day life.

The best thing is highlighting the right sound can give everyone that same feeling, but let them make it personal. It becomes easier to evoke that sense of fantasy and emotion. When I write a TV script before I put dialogue to a scene I write it in action and images. Now it was action and sound effects.

The best and worst thing about seeing the final script is the sense of journey. You can see how far it's developed, but can't help but post-edit. I'd never seen my work recorded and was apprehensive. How would they respond? Cue images of actors storming out or yelling at me through the studio. Gladly (for them, I would've given as good as I got... Or huddled crying in a corner who knows) that didn't happen.

Seeing it come to life with such a clear voice and style made me feel we've done a good job. It's great to see actors enjoying a script and even better deliver lines so well I was genuinely laughing and moved. There's energy and warmth in it which sweeps you up in Ellie's imagination, and if there's one thing I've learnt, it's that a little fantasy can go a long way.