Editor's Note: Saturday Live is Radio 4's Saturday morning magazine show featuring extraordinary stories and remarkable people. You can listen to the show here. In this blog presenter Sian Williams gives us an insight into her week and looks ahead to the next show. - CM 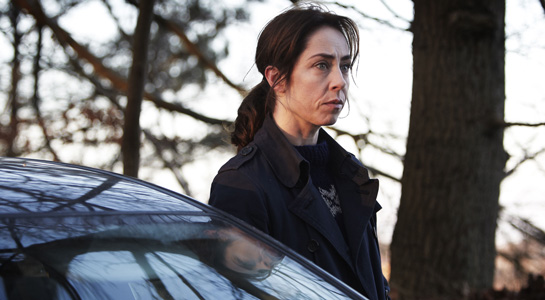 Sarah Lund in 'The Killing'. This week on Saturday Live we're learning more about our cousins across the North Sea.

This week, I got to meet the neighbours. Radio 4 had invited its producers, comedy writers, dramatists and presenters to gather in New Broadcasting House, to eat scones and say hello to one another. Those of us who started in Old BH, more than two decades ago remember cramped, fuggy rooms, with suspiciously sticky carpet and a pervading smell of fag ash. It was noisy too, the clatter of typewriters and the bellow of a boss with deadlines. Staff were clearly delineated, the World at One team were in one room and I'm sure Today were on a different floor, but they could have been in a different world. And no-one knew anyone from Television, or seemed to want to. When I told my Editor I was leaving Radio 4 to join the launch team at the new rolling TV news channel, News 24, he sneered, walked across to his programme planner on the wall and wiped my name off it with a look that said " you are dead to me, now".

Twenty years on, here we all are together, Radio and TV people mingling. And gosh, Broadcasting House has changed. It's got a rather large extension. The rooms are not offices but spaces, open, with nowhere to hide, but lots of opportunity to bump into people from different programmes and disciplines. Maybe we can learn something from one another. I realise that might take another couple of decades.

This week on Saturday Live we're learning more about our cousins across the North Sea. Fans of the TV series, The Killing, will already feel they know quite a lot about Denmark. It's often dark and rainy and politicians always seem to get caught up in rather murky business. After watching the first two series, I convinced myself I could even speak a little Danish and had a slight girl crush on the female detective Sarah Lund, with her furrowed brow, scraped back hair, itchy-looking jumper and refusal to eat anything but an occasional fried egg. That is nothing compared to writer, tweeter and columnist, Emma Kennedy who admits to being a Lund obsessive. We will say Hej Emma! This Saturday, as she's our studio guest.

Also on the programme, a farmer who survived being crushed by his own tractor, John McCarthy travels to Maastricht and we enjoy former Prime Minister John Major's Inheritance Tracks.

Jeg skal ga, as Sarah Lund might say (look it up). Saturday Live, at 9am.