Niall Ferguson: Reith Lecture pt.3 - The Landscape of the Law

Editor's note: In the Reith Lecture this week, Niall Ferguson talked about The Landscape of the Law. The programme is available to listen to online or to download and keep - PMcD 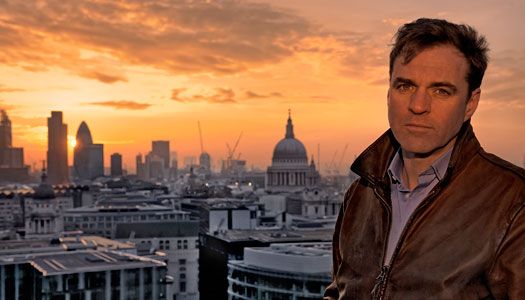 "Some score members of the... bar... are mistily engaged in one of ten thousand stages of an endless cause, tripping one another up on slippery precedents, groping knee-deep in technicalities, running their goat-hair and horsehair warded heads against walls of words and making a pretence of equity with serious faces, as players might..."
- Charles Dickens, Bleak House

Lawyers were something of a fascination for Charles Dickens, appearing in around a dozen of his novels.

From the sharp-dealing Dodson and Fogg featured in The Pickwick Papers to the down-right lazy Mortimer Lightwood in Our Mutual Friend - The Old Curiosity Shop's Sampson Brass was "one of the greatest scoundrels unhung". Dickens, it seemed, was not particularly enamoured with the legal profession.

Still, the evolutionary, organic nature of the English common law system, we are led to believe, is one to be envied - emulated even, especially for its economic effectiveness.

After evolving over centuries, it's still working, so must be good, right?

But how justified this claim to superiority over other systems really is, is the key theme of Niall Ferguson's third Reith Lecture.

"Like the human hive of politics, or the hunting grounds of the market economy, the legal landscape is an integral part of the institutional setting in which we live our lives," says Prof Ferguson.

But as the American economist and social scientist Mancur Olson argued, over time, all political systems are likely to succumb to sclerosis - mainly because of rent-seeking activities by organised interest groups.

Prof Ferguson says, in the case of the law, the biggest self-interest group is arguably the legal profession - especially in the USA, once the benchmark for justice, where the rule of law has become the rule of lawyers.

But there other signs indicating the decline of the English common law system, says Niall Ferguson:

Reform to a system which Prof Ferguson says is on the decline is hard to imagine when, as he claims, there is so much other rot - among the legislature, the regulators, as well as the legal system.

And that is the subject of Niall Ferguson's fourth and final Reith Lecture, Civil and Uncivil Societies, which you can hear on Radio 4 next Tuesday at 0900.

Niall Ferguson's third lecture, The Landscape of the Law, will be repeated on Radio 4 on Saturday, 7 July at 22:15 BST.

In his fourth and final lecture, titled Civil and Uncivil Societies, Niall Ferguson asks asks what constitutes a vibrant and independent civil society. This will broadcast on Radio 4 on Tuesday, 10 July at 09:00 BST.