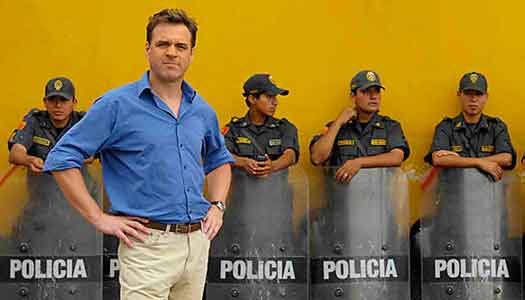 This quote from the 18th Century political theorist and philosopher Edmund Burke summarises much of the argument put forward in the first of the 2012 Reith Lectures given by the economic historian Niall Ferguson, which broadcast on Radio 4 this morning.

Professor Ferguson says we are currently witnessing an unparalleled breach of this partnership because of the huge debts being racked up by governments, which are set to be passed on to younger – and unborn - generations.

Furthermore, says Professor Ferguson, many governments are dishonest about their true level of debt. The present system, he says, is “fraudulent” and “huge government liabilities are hidden from view.”

“No legitimate business could carry on in this manner and the last corporation to publish financial statements this misleading was Enron.”

In the lecture, Professor Ferguson listed a series of proposals for reform of government finances:

In the current climate, austerity is something young voters in particular should welcome, he argues – but concedes that winning support for this is a mountainous task.

But, says Professor Ferguson, if we do not embark on wholesale reform of government finance, we will end up with the scenario where Western democracies are going to carry on until one after another they follow Greece and other Mediterranean economies into “the fiscal spiral of death”.

Alternatively, we all become like Japan and face decades of low to zero growth.

What do you think of the issues raised in the lecture?

Listen to the full lecture on the Radio 4 website

Niall Ferguson’s first Reith Lecture, titled The Human Hive, will be repeated on Radio 4 on Saturday, 23 June at 22:15 BST.

The second lecture in the series, titled The Darwinian Economy, will examine the issue of financial regulation. This will broadcast on Radio 4 on Tuesday, 26 June at 09:00 BST