So You Want to Be a Scientist? is back on Material World

Post categories: Material World, So You Want to Be a Scientist?, science

Taking part in So You Want to Be a Scientist? last year was one of the most rewarding and enjoyable experiences of my life. 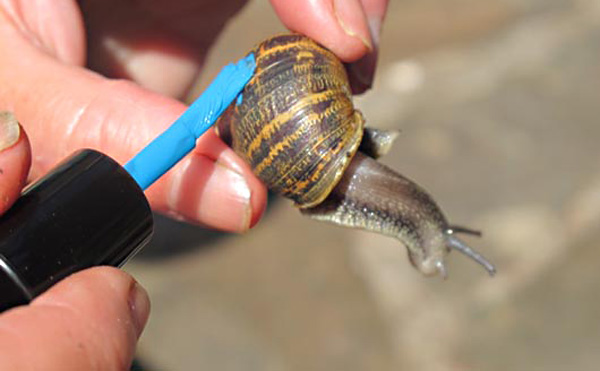 I learnt so much more than I had anticipated, not just about my chosen research subject - homing instinct in snails - but about other garden creatures, and how our gardens contain well-balanced, mini-ecosystems that we disturb at our peril. And my interest in science has increased exponentially. I am now addicted to science programmes, and magazines - and science festivals!

Learning the scientific process was challenging, but great fun - more like play-with-a-purpose. I had enormous support from my mentor, Dr Dave Hodgson, a terrestrial ecologist, who helped me get my head round the scientific method; and also from Michelle Martin, the Radio 4 producer who was always on hand to answer any queries about anything whatsoever.

Participating in one of the recordings at Broadcasting House was one of the highlights of the summer, along with my giving a talk at Sparsholt Horticultural College as part of Gardeners' Question Time Summer Party.

I also enjoyed following the diaries on Facebook of the other three finalists: the appearance of noctilucent clouds; where you'd find tightest squeeze at a music gig; and how people decide on their Facebook profile picture.

I had no idea that science covered such a vast range of subjects. 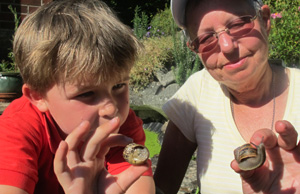 Most satisfying of all was being able to do some genuine research, culminating in useful results. We found that, yes, snails do indeed have a homing instinct, confirming long-held, widespread anecdotal evidence. Findings so far reveal that they are able to return to their resting and feeding sites from up to 30m metres away. Beyond that, more research needs to be done, and is currently under way at the University of Exeter's Cornwall site, under Dave Hodgson's direction.

We are recommending that gardeners take their snails to a distance of 100 metres, just to be on the safe side!

If you have ANY idea for a science project, do enter it online for this year's award. Even if you're not chosen as one of the finalists, you'll enjoy listening as they explain their research topics, and learn a lot of science as you follow their progress to the grand final at Cheltenham Science festival next year.

You might, like me, be one of the lucky ones. You'll suddenly find yourself going along new, unexplored and exciting paths. You'll discover new abilities and inner resources that you never dreamed you possessed. And then, who knows where it will all lead...?