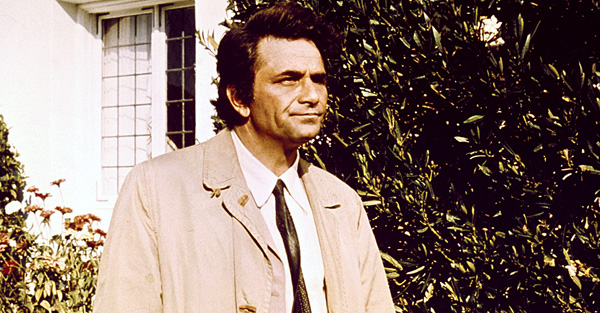 The raincoat, the cigar, the spluttering convertible car, the villain's deed in the first scene and the final "...just one more thing".

The American TV detective series Columbo was a literature inspired, award-winning, rule-breaking, television original spanning over thirty years. It turned the 'whodunit?' into the 'how-do-you-catch-them?'

But just who were the people that were able to keep millions of people around the world glued to their seats when you already knew who had committed the crime in the first five minutes?

That was the question that presenter, crime writer Mark Billingham, and myself wanted to answer in 2007. For both of us, Just One More Thing: Columbo! was a true labour of love. There were setbacks, delays and might-have-beens. Yet, in the end, with a little of that Columbo tenacity, we managed to assemble a truly all star cast. The Emmy Award-winning Bill Link as: The creator of Columbo; Steven Bochco, creator of Hill Street Blues and LA Law as: The story editor on Columbo; Oscar-winning Jonathan Demme, director of Silence of the Lambs as: Director of Columbo. Guest star Robert Vaughn (Magnificent Seven et al) as: The villain.

And of course, always looking for a pencil, Columbo himself: Mr Peter Falk. When we spoke with him he was warm, charming and befitting his thoughts on his most famous creation, "very, very, funny".

In the programme we hear about the raincoat, Dostoevsky and the inverted mystery form. From class war to voyeurism. From fights over the scripts, to people being banned from the film lot. From the pressure to deliver the big 'pop' ending, to the wife you never saw (or did you?). What came across most, though, was a feeling of love for Columbo - the character and the man playing him.

Sometimes television, and especially so called 'genre' television, can be seen as being 'disposable'. Yet, we found that Columbo was a touchstone for American Presidents as well as for people around the world. In recent days, MPs reviewing the success of police enquires said it was Columbo, not Clouseau, that would be the benchmark for forensic analysis. That's quite an achievement for a forgetful, fictional, TV detective.

I tried my utmost to make Lt. Columbo a guest at his own biography. He often helps the programme along, with little pointers and reminders. Of course there had to be one final question, and as Mark Billingham has recently said, the thrill of Peter Falk, as Columbo, asking "er... just one more thing, Mr Billingham, Mr McHugh", will be something we will treasure for a very long time.

I hope the chance to hear this documentary again will stand as a small tribute to mark the passing of one of the great screen actors, Peter Falk.

Peter McHugh is the producer of Just One More Thing: Columbo!