Torchwood: The Lost Files on Radio 4 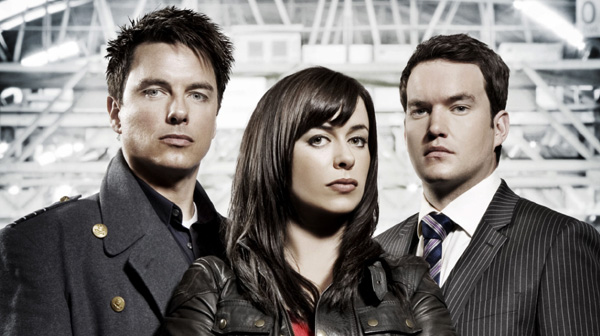 Earlier this year when Gareth David-Lloyd suddenly cancelled a gig with his band to go to Los Angeles, where Torchwood: Miracle Day was being filmed, the rumours soon started flying.

In fact, he was being flown out by BBC Cymru/Wales Radio Drama to record three new Torchwood radio plays for Radio 4, all set pre-Miracle Day.

Just like the last time we did Torchwood radio, getting the cast together in one place was going to require a small miracle. So, with John Barrowman, Eve Myles and Kai Owen in LA, it made sense to take Gareth to them. The television shoot was about to wrap and I had the privilege of joining the cast on the Warner Brothers lot for the last day of filming. You make a left on Forest Lawn Drive through Gate 7 into film-making history. It's hard not to be impressed.

There was 'Captain Jack' stepping out of his trailer, while 'Gwen', straight from hair and make up and looking gorgeous, flew by on a golf-buggy. On set Bill Pullman stands in the shadows in some bruising looking make-up.

Then, after the all night shoot, and a brief rest for the actors, it was straight into Mark Holden's Radio studios in West Hollywood. We're joined by Hollywood royalty Juliet Mills, Martin Jarvis and Ros Ayres. Five days later we emerge blinking into the sunlight - and three plays under the umbrella title Torchwood: The Lost Files are recorded and ready to be taken back to Cardiff.

Oh, and there's a very special surprise for Ianto fans in one of them!