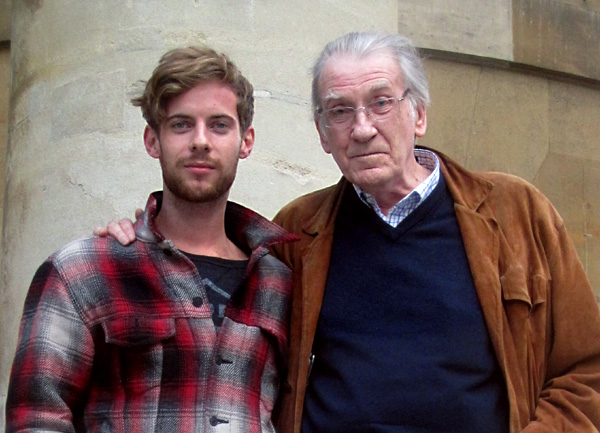 Brian Sibley is a bit of a legend in radio. Presenter (Radio 4 arts programme Kaleidoscope and the World Service arts magazine Meridian), contributor and playwright, he paired up with writer Michael Bakewell on the classic dramatisation of Lord of the Rings, he did the complete Narnia series, and back in 1985 he did a classy, award-winning adaptation of Mervyn Peake's Titus Groan and Gormenghast for Radio 4.

So when he got in touch in January 2010 to suggest that we extend the Titus franchise with Peake's third book, Titus Alone, and with the as yet to be published conclusion to the series - Titus Awakes (written by Peake's widow, Maeve Gilmore) - I just had to see if I could get Radio 4 to sit up and take interest.

And did they. Jeremy Howe, Radio 4 drama commissioner, suggested that we present all four books, in an epic 6-hours of the classic serial. The decision came in June last year, and, with the full backing of the Peake estate, Brian started work.

We had lots of tricky decisions to take - how to keep Peake's extraordinary prose, how to split the episodes, how to manage the tricky transition when Titus leaves Gothic Gormenghast and enters the stream-punk sci-fi world of Titus Alone. Brian decided that he wasn't even going to look at his 1980s scripts. He was going to start again from scratch. We devised a punishing script delivery schedule, and booked a twelve-day recording stint for late May. 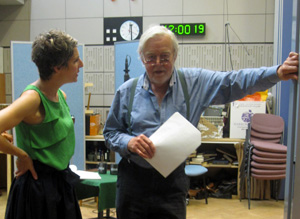 On the 25th May there was a cast of twenty actors gathered in a room in Broadcasting House for the first read-through. And what a cast: Miranda Richardson confessed to being a die-hard Peake fan, Paul Rhys rehearsed a few owl noises, James Fleet and Tamsin Greig tried out a few Prunesquallor laughs, and Fenella Woolgar and Claudie Blakley started talking (and thinking) in unison as the identical Groan twins. 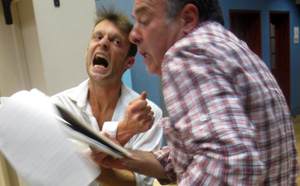 The recording schedule was like something out of Gormenghast's ritual box, literally hundreds of scenes, featuring dozens of deaths, a number of falls from great height, fires, floods and mayhem in a menagerie. But at 6.00pm on Saturday 11th June, David Warner and Luke Treadaway staggered out of the studio and posed for a final picture on the steps of All Souls. The recording was done.

Roger Goula is an amazing composer. His music paints Titus's world in a fantastic array of aural colours. And Peter Ringrose has matched the music with a brilliant sound design. I hope that you all enjoy listening to the fruit of their labours, and that you enjoy entering for a while into Mervyn Peake's extraordinary world.