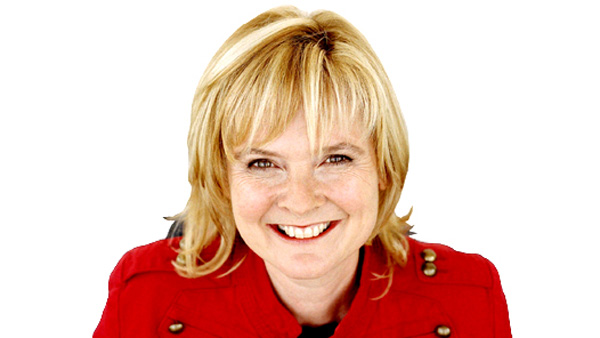 Presenter Martha Kearney. The World at One will be extended as part of a range of Autumn schedule changes.

Rather a busy week here at Radio 4. It was ten to five on Thursday when we heard about The News of the World closing down. I am in the middle of our annual commissioning round and so was in close conversation with Jeremy Howe, drama commissioner, and Tony Pilgrim, maestro scheduler. We stopped our discussion of Ulysses and thought instead (with sympathy) of Eddie Mair drafting his opening sentence. I could count on him not to say 'hacked to death'.

I wandered upstairs to the Media Show to suggest a special the next day - noon we agreed if Steve were up for it. He was of course (Steve Hewlett that is, the guru for this and other media tales). I was back in time to hear Eddie introduce what has to have been one of the best PM programmes (or any programme) on a breaking story for quite a while. And yes, Steve was with Eddie, to add his sixpence. Then back to, where were we, oh yes ... moving on to Trollope.

This blog is really about Radio 4 this Autumn. We have some new programmes and a schedule change coming up. I have decided to extend The World At One. With the faster development of stories following Today (especially now that Parliament sits in the morning) there simply is not enough time to cover the full news agenda, both foreign and domestic. The excellent Martha Kearney runs out of time when she is just getting going - and besides I have got tired of extending WATO every time a story breaks. This has happened too often since I have been here and listeners get fed up if they are looking forward to other planned programmes.

All these programmes remain, by the way, in the new schedule; they are simply (for the most part) put into the afternoon after the play at three o'clock (details are below). We are also launching new comedy on Sunday night: John Finnemore in his first solo show. I am thrilled to have new political satire from Rory Bremner on Radio 4, Tonight, which starts Thursday nights and will repeat into the Sunday slot, and Sue Perkins with a new panel game, Dilemma - and there's more to come.

We will have a new science programme on Tuesday mornings at nine o clock presented by the physicist, Jim al-Khalili, with the aim of getting us up to speed on the science and scientists that are changing the world we live in - who knows, I might even be able to understand the introduction to my daughter's PhD by the end of the first series. A new 15-minute interview programme called One to One will (some have said, alarmingly) let presenters follow their passions. Americana is closing. It is a terrific programme and has done well, taking us deeper into some of that vast country's untold stories. I will certainly continue to commission programmes about the US - it is after all the world's superpower and has huge impact on us here in the UK - as well as on other parts of the world, including building up our European coverage. Readings will diminish but we will add some on to Radio 4Extra and we will continue to brag about our brilliant Radio 4 short stories and back the BBC National Short Story Award to the hilt.

This job is about choices. I have made some. I hope they keep Radio 4 listeners happy and listening.

Details of the Radio 4 schedule changes.

Those programmes that followed The World At One at 1.30pm will, on the whole, be broadcast between 3-5pm, from 7th November. The reorganisation of the afternoon schedule will be run along the following lines: