Music in the Great War and Dr Kate Kennedy 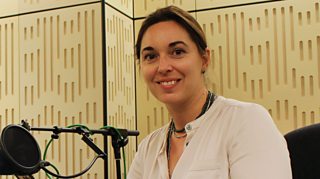 Karg-Elert…Eisler…Reger…not names we encounter very often here on Essential Classics. But Radio 3’s focus on the music of World War 1 has given us opportunities to cast our net wider and pull in some hidden gems across the World War I season. Finding pieces like Reger’s Hebbel Requiem is partly thanks to our studio guest last week  – Dr Kate Kennedy of Cambridge University, who explained the background to this piece, putting her finger on its underlying message, that sometimes grief should be sustained, not assuaged. Kate Kennedy also found us a rather touching song, popular with soldiers on the Western Front – There’s a long long trail awinding, sung on a recording from 1917 by John McCormack. An amazing window on that period of time! Kate was a wonderful guest last week, sharing many colourful anecdotes with us. If you missed any of our interviews, I urge you to click on the listen again link! We also have a podcast of highlights from last week that you can access here

And…if there’s one other link you must click on, let it be one that Radio 3 producer Janet Tuppen shared with me recently (Janet has been coordinating this whole season of Music in the Great War)…it leads to a film of composer George Butterworth Morris dancing. Having introduced Butterworth’s music many times, I’ve never felt so closely acquainted with him as I do now, and sensed the utter tragedy of his death.

Lots of food for thought and music to be cherished, in this special fortnight on Essential Classics.

A centenary celebration for Sun Ra