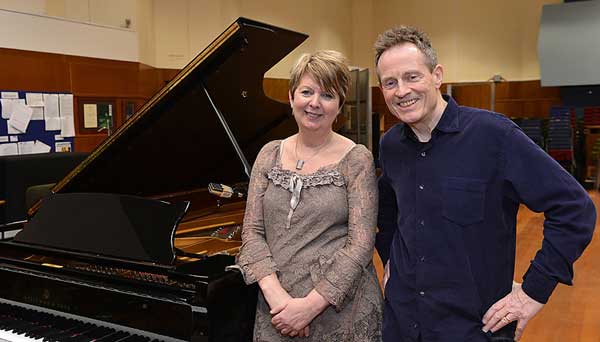 When John Paul Jones was a teenager he asked his father for a loan so that he could buy an electric bass. His father laughed and told him he wouldn’t get any work playing bass and he’d be better off getting a sax. Fortunately for the world of rock music the bass won and John  went on to play in one of the most successful bands the world has known, Led Zeppelin.

John’s father was stiff competition for the young musician in his early years: 'I couldn’t rival him as a pianist, so I went and learned the church organ', he told me while unpacking instruments in the BBC’s Maida Vale studios just before Christmas. There’s some electronics wizardry he’s putting together plus  a mandolin (which he always travels with), a ukulele and an instrument I immediately covet, a 'collapse-steel' - a lap steel which folds in two and pops into a handy travel-sized bag. This is part of John’s collection of 'small' instruments and he’s going to play them and the studio’s Steinway, as well as choose some discs for Late Junction’s New Year show.

I first met John Paul Jones in 2008 when he came backstage at a Norwegian festival I was curating at Kings Place in London. We persuaded him (quite easily) that he should come to the Punkt Festival in Kristiansand and that was where he had a memorable meeting with the mighty Supersilent (Arve Henriksen, Helge Sten and Ståle Storløkken).  I’d introduced John on to the stage where he played a short extract from music he’d written for choreographer Merce Cunningham. When Supersilent came on next he stayed and played with them. Standing side of stage I witnessed four musicians who have such passion for what they do and who were totally enthralled by playing together. The relationship has lasted and Supersilent and John Paul Jones have just finished their first UK tour. 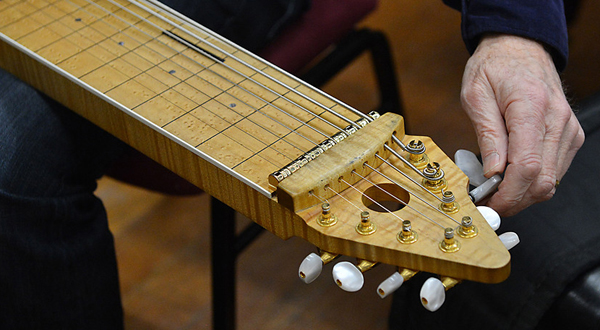 He’s such an inspiring musician to listen to and to talk to. Of course there’s a lot written about his Led Zeppelin life, but delve further and you’ll be talking Appalachian fiddling, Egyptian traditional music or French folk music. I had no idea what instruments he was going to bring and I was intrigued to know what his CD choices were. As it turned out it was a mixture of new discoveries (Sxip Shirey for example whom he’d met at  ENO last year) and old partnerships in which he’d played or been producer. He told me a great story about Diamanda Galas who turned up at his place and they sang and played their way through the entire Motown songbook. I hoped beyond hope that they’d recorded that, but we’ll just have to imagine!  He brought recordings of some shape note singing, a CD he’d produced with Uncle Earl, and two musicians who are right up there among the very best musicians it’s my privilege to know, the singer Sidsel Endresen and the guitarist and Stian Westerhus.

We talked about President Obama (Led Zeppelin had just come back from the White House where they received an award for their lifetime contribution to American culture through the performing arts at the Kennedy Center Honors) we talked about the opera John’s writing based on a story by Strindberg, and about his parents and being on the road with their vaudeville comedy act. 'That’s where the trouble started,' he grinned.

We do like to surprise our listeners on Late Junction and John was the perfect party guest. Making this particular  New Year show was  indeed a ‘whole lotta fun’!