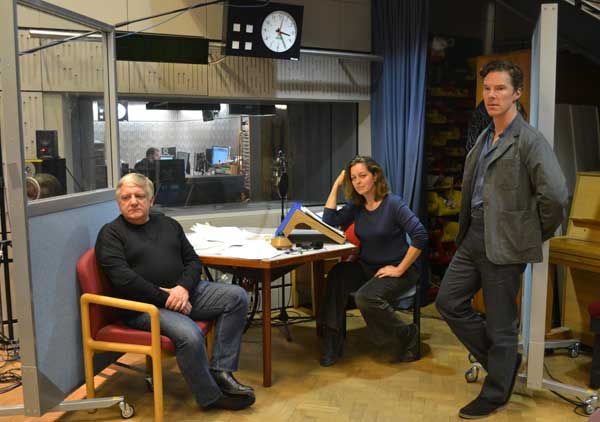 Emma Harding has produced and directed Michael Frayn's play about the controversial meeting in 1941 between physicists Niels Bohr and Werner Heisenberg, friends who now found themselves on opposing sides in Hitler's war. Here, Emma describes the concept and the casting ...

I set out to direct Michael Frayn’s Copenhagen for radio with great joy – I’d hugely admired Michael Blakemore’s original 1998 stage production and Howard Davies’ inventive 2002 BBC film version – but also with a great sense of trepidation.  How would we turn a brilliant stage play into something that worked as a radio drama?  How would I help the actors – and the listeners – navigate some very complex scientific and moral ideas?

But a drama about the uncertainty of a character’s motivation presents an interesting dilemma to actors and director, who are more used to asking ‘why am I doing what I’m doing?’ and making a decision one way or another. Fortunately, I had a terrifically bright and engaged cast – Simon Russell Beale, Benedict Cumberbatch and Greta Scacchi – who were more than capable of taking on these mind games.

It’s also critical that the actors are confident with the complex scientific ideas that their characters are throwing around the dinner table. I invited the physicist and broadcaster Jim Al-Khalili along to our read-through, so that the cast could ask him detailed questions about Bohr and Heisenberg’s work.  As anyone who’s listened to Radio 4’s The Life Scientific

will know, Jim’s a brilliant expositor of mind-bending ideas, so by the end of the session, we all felt we had some sort of grip on the science that informs the drama.

But the play itself isn’t about science.  Or rather, it is about science, but it’s about science in the context of morality, politics and history. These two physicists are working on opposing sides in a global war and they are both very aware of the potential chain reaction – that their work on the atom could inevitably contribute to the deaths of millions of people.

These are big ideas. But Copenhagen is also an intimate, domestic drama about a friendship between two men and a perceived betrayal.

In Simon and Benedict’s portrayals of Bohr and Heisenberg, we worked on creating a real sense of a friendship that has become strained, but that was once incredibly close – the friendship between an eminent physicist and his mercury-witted protégé, or between a father-figure and his adopted son. And Greta, as Margrethe Bohr, presents a fiercely intelligent woman, torn between her inherent instinct towards graciousness and hospitality, and her irritation with Heisenberg.