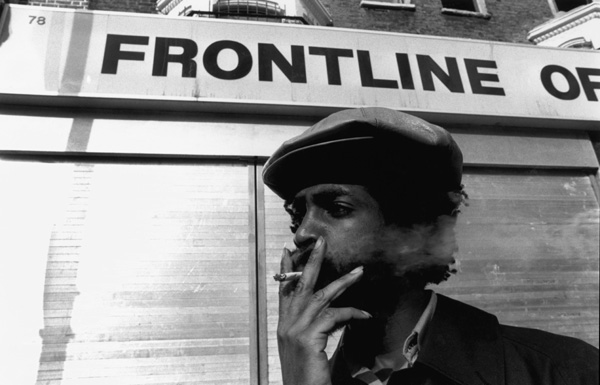 Writer Rex Obano blogs about his forthcoming Radio 3 play, Lover's Rock, set in troubled south London in 1981. You can hear the play, starring Kobna Holdbrook-Smith, at 830pm on Sunday.

In the early hours of the 18th January 1981, fire spread rapidly through a house in New Cross Road, London where Yvonne Ruddock and Angela Jackson were holding a joint birthday party.  Thirteen young people died including Yvonne.  Later in 1983, the suicide of Anthony Berbeck, who had been at the party and was affected by the memory of that night, brought the total number of dead to fourteen.

The deaths of those young people became a seminal moment in our cultural history. The tragedy, a still unsolved blaze at a house party, and its aftermath of protest and campaigning, set the tone for much that came after. The fact that no one in authority seemed to care forced the black community to unify, to find its voice in a way it hadn't before.  It politicised people from all over the country. Thousands marched in protest through Central London. There had been other uprisings, but this was a line in the sand.

At the time of the fire I was in the second year at William Penn Comprehensive School, situated between Brixton and Peckham along the 37 bus route - the events had a profound effect on me.  There was a definite shift in attitudes, perceptions and my own sense of purpose.  Looking back, I wondered how I coped with what was happening around me. I was a soul boy listening to Luther Vandross and early hip-hop, but it was my sister who broadened my musical horizons by playing Lover’s Rock.  Lover’s Rock was a hybrid of Jamaican reggae and American soul music that was popular in the soundsystems, the radio and on the record players in many a household.  It was quintessentially black British and the songs were mainly about the pain of being in love. The success of Lover’s Rock singers Donna Rhoden, Janet Kay, Carroll Thompson and Caron Wheeler (of the group Brown Sugar before she found worldwide success with Soul II Soul) suggested that pop stardom was possible for every young girl. While every young man wished they could be as articulate in matters of the heart as Peter Hunnigale and Trevor Walters. But really Lover’s Rock gave young black Britons a way to cope with the pain of what was happening on the streets.

That pain became all too real in 1981 and some people have never been allowed to forget the events of that year, particularly those surrounding the fire on the 18th of January.  While researching this play I interviewed survivors such as Wayne Haines, and relatives of those who died, such as George and Velvetina Francis who lost their son Gerry that night and still don’t know how or why the fire started.  With their blessing I organised a commemorative charity event of music, poetry and discussion in 2011 to mark 30 years since the fire, which was hosted by Kwame Kwei-Armah and featured the music of Janet Kay and Carroll Thompson at the Albany Theatre in New Cross. The event was attended by over 500 people, testimony to the strong feelings that live on in the community.

Like the music of the time, Lovers Rock is a play about an era in which black British identity came of age; the politicisation of the rebel generation.  It follows two young men after the New Cross Fire – one drawn into the politics and one drawn into the music, but both ending up on the frontline of the Brixton riots.  In the aftermath of the August Riots last year many reason were posited as to the cause.  Lovers Rock suggests that the reasons may be more complex than David Cameron’s view that it was 'criminality, pure and simple'.

Many young people today were borne out of the Lover’s Rock experience, but as a musical genre Lover’s Rock has remained underground.  It still hogs my stereo - this time on mp3 rather than vinyl - and I hope this play will introduce it to this generation as well as the events in 1981 that I, and others, will never forget.