Piano season on the BBC 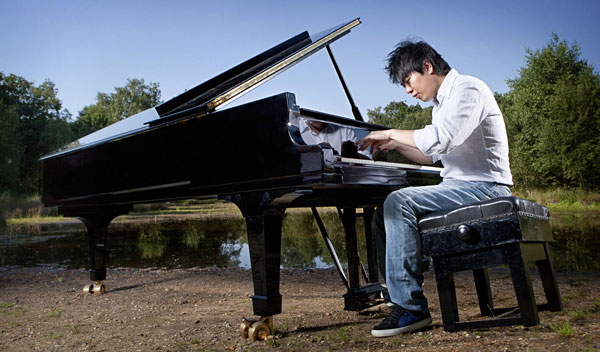 Lang Lang - champion of Piano Season on the BBC

Piano Season on the BBC is a six-week celebration of the piano and its music, on BBC Radio 3 and BBC Four.

This updated Blog brings together all the latest news about Piano Season on the BBC - if you'd like to revisit some of last week's highlights, including Peter Donohoe's Fifty Great Pianists and a selection of piano performances on Radio 3, visit the Piano Collection.

We've also added Podcasts of Radio 3's PIano A-Z programmes, which you can download here. You can also hear a podcast of Dame Fanny Waterman talking to Sean Rafferty about the Leeds International Piano Competition, early nights and avoiding television before bed...

In the final full week of Piano Season on the BBC we celebrate things Russian. Essential Classics presents a selection of recordings across the week from some of the greatest names of Russian pianism. Through the Night offers archive recordings on Sunday night from Richter, Lhevinne, Cherkassky, Horowitz, Berman and Scriabin; Composer of the Week focuses on the friendship and musical relationship between Sergei Rachmaninov and Nikolai Medtner.

The final Monday recital comes from Edinburgh and features a towering virtuosic set of variations from one of the 20th Century’s musical mavericks, the American Frederic Rzewski’s 'The People United Shall Never Be Defeated'.  New Generation Artist Igor Levit is the pianist in what will be a rare chance to hear this astonishing work live. And on Music Matters tomorrow, Tom Service meets Rzewski to talk about his life and music.

On Monday 22 October a tour de force of a different kind appears on Jazz on 3 - a specially recorded jazz relay in which a team of prominent jazz pianists challenge each other to see what is possible when improvising on a theme.

Then of course there’s the continuing story of In Tune’s A-Z (starting on Monday with V for 'Virtuoso'); and Peter Donohoe’s final Breakfast run-down of his 50 Piano Greats;  and looking ahead to the following Monday – Pudsey at the piano!

As part of the season, many BBC presenters across national and local programmes who are having a go at learning the piano as part of Piano Season on the BBC. They include:
Jane Garvey from Radio 4 (there's a chance to catch up on her progress in next Friday's In Tune), Dr Mark Porter from BBC Science, Tim Smith from Radio 2, Tommy Sandhu from the Asian Network, and Jez Nelson from Radio 3. Nicky Campbell from 5live plays piano already by ear so his challenge is to have jazz piano lessons. Radio 1's Dev is having lessons…(you can see him introducing himself to his teacher here) - and other learners include Olympic medallist Samantha Murray and weather presenter Carol Kirkwood.

All learners will have the opportunity to participate in a live Piano Gala as part BBC Children in Need on 29th October – this will be broadcast in Live in Concert.

The season will culminate on the 6th of November with a special episode of Imagine on BBC One, focusing on Lang Lang as he turns 30.

And finally, participation: you can email your requests for piano music on Radio3's Breakfast show to 3breakfast@bbc.co.uk, and any other piano-related questions to pianoseason@bbc.co.uk’ when they will be answered on our ‘Piano Keys’ programmes on Monday nights during the interval of ‘Radio 3 Live in Concert’.