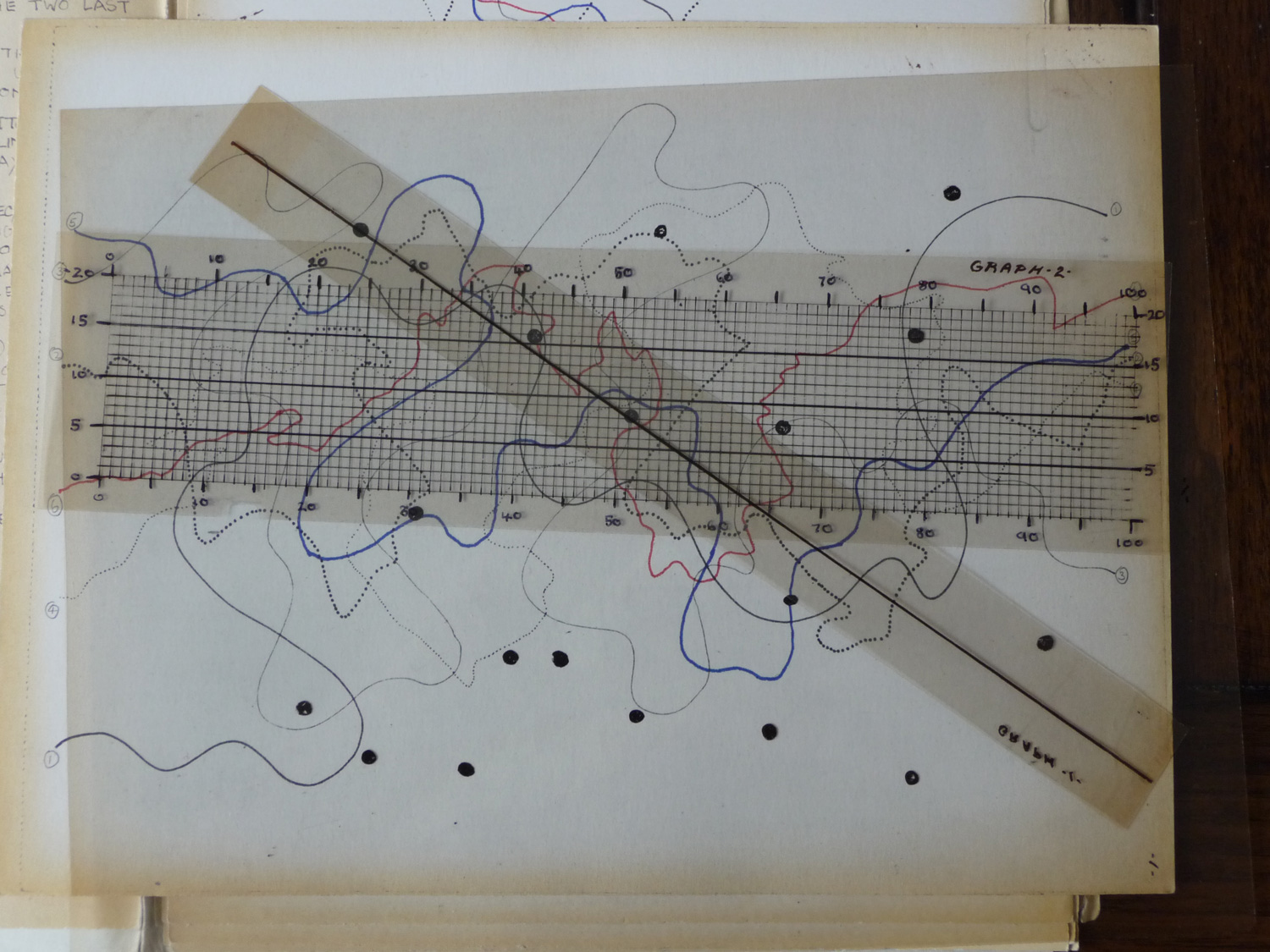 The work by John Cage usually known as 4' 33" may well be the most notorious and widely misunderstood piece of music of all time. It was first performed by the pianist David Tudor at a concert in Woodstock, New York on 29 August 1952. However, as the note to the score clearly states, the work "maybe performed by any instrumentalist or combination of instrumentalists and last any length of time." 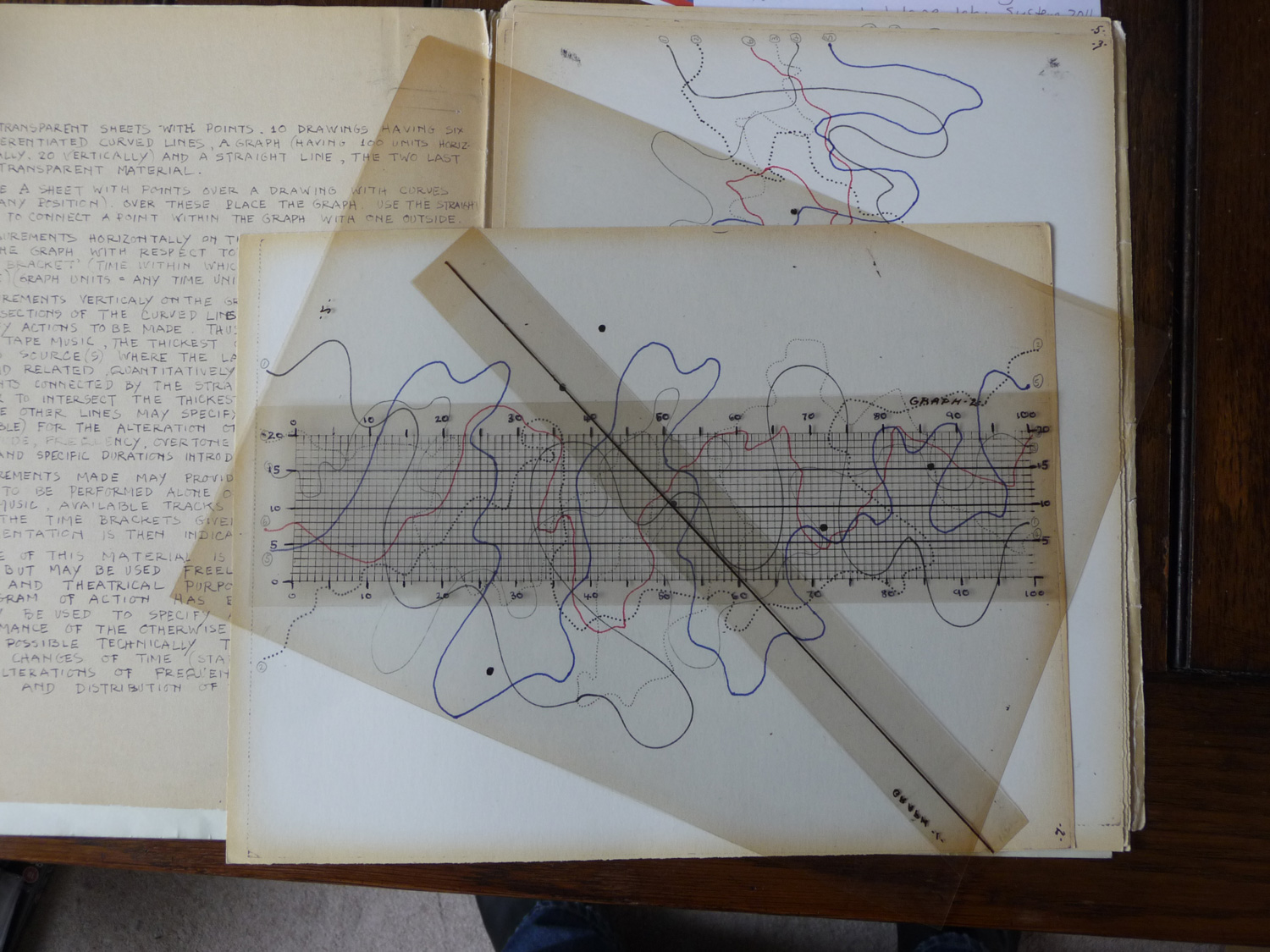 The main issue for my producer, Felix Carey, and me was how to make a realisation of this piece for radio. I contacted the John Cage Trust to find out if there had been any previous realisations for radio. There had not, although there have been performances that have been broadcast and there are recordings on CD and LP. The first thing we did was look at the score. 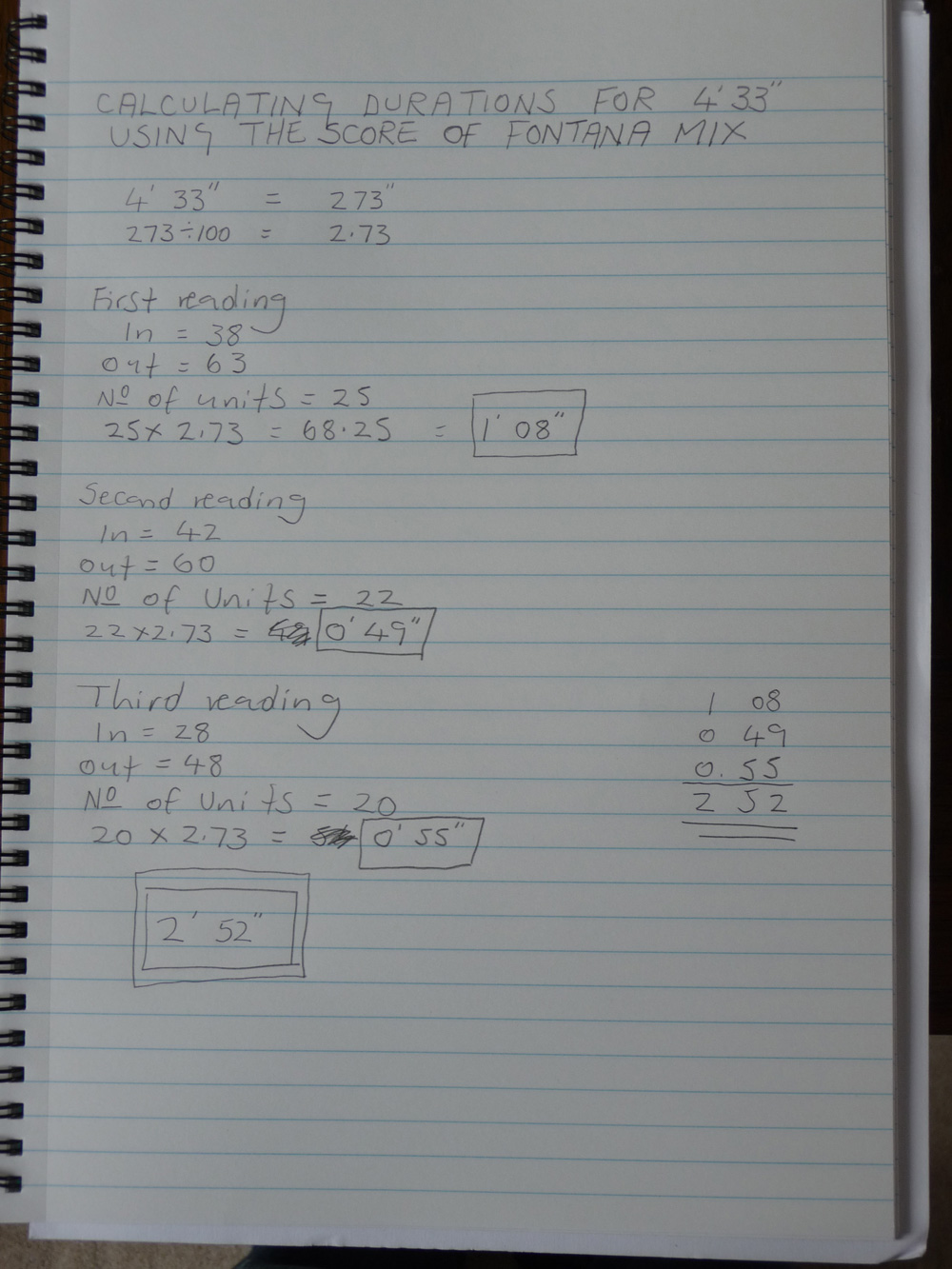 the calculations that were made to realise the performance. Click for a larger version.

The score comprises six lines of typed instructions indicating 3 movements, or parts as Cage refers to them, and each movement carries the simple musical direction 'TACET' written in uppercase. It is clear, bold and precise. The word 'tacet' is the conventional music term meaning 'silence' or more particularly 'make no sound'. This instruction does not mean 'do nothing' and here lies one of the common misconceptions of the piece. It is often reported, sometimes by eminent music critics, that a performance of this work requires the performer to do nothing. But this is not the case. The performer is at least required to indicate the beginnings and endings of the movements and as our realisation is for radio we decided to use the familiar pips of the Greenwich Time Signal as our indicators - the short one for the beginning of a movement, the long one for the end. 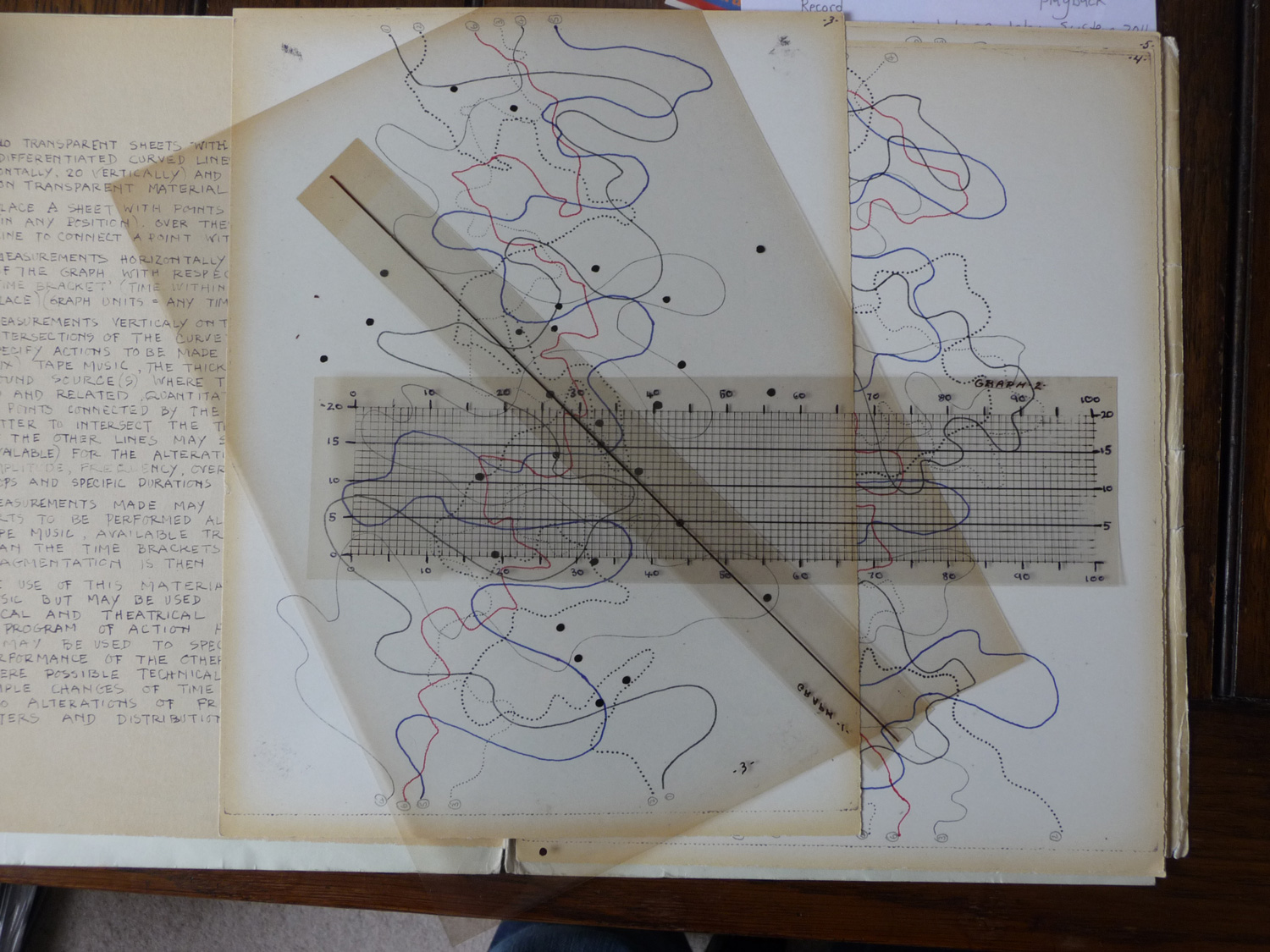 To determine the length of each movement I used the score of another piece by John Cage, Fontana Mix. This is a kind of graphical chance operations machine. The durations produced were: 1' 08", 0' 49" and 0' 55". The note to the score of 4' 33" states "The title of this work is the total length in minutes and seconds of its performance" so the title of our realisation is 2' 52".

By spending time in an anechoic chamber in 1951, Cage discovered that absolute silence did not exist. "Wherever we are, whatever we're doing, there are always sounds to hear", he said. One of the fascinating aspects of this realisation is that listeners' radios will be located in thousands of different places so that, unlike the first performance, the sounds heard by the audience will be made by many, many different sources.