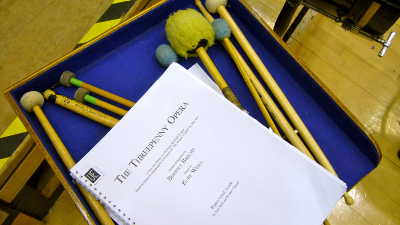 Most people can hum the tune of 'Mac the Knife', some people may even know a few of the words and may perhaps substitute 'doo-bee-doo-bee-doo' for the rest.

This is something I found myself doing rather a lot of in the lead up to recording Brecht and Weill's The Threepenny Opera for Drama on 3 - the 'doo-bee-doo-bee-doo' lyrics in particular! I certainly knew all the words, having spent months listening to different recordings but with two young children at home I had to apply some censorship. 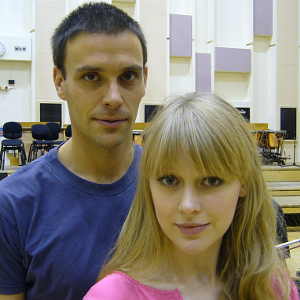 It is a play set in the criminal underworld of Victorian London whose central characters are beggars, gangsters and whores and the language reflects this. Of course I could have refrained from singing altogether but the problem is that Kurt Weill's music is so very catchy. My five-year-old is still singing 'Pirate Jenny' alongside his repertoire of contemporary pop songs.

Herein lies the genius of this iconic work: it is still as shocking, as politically sharp and as entertaining as it was when it premiered in 1928. And it is still as popular. Working in close collaboration with the Brecht Estate and the Kurt Weill Foundation we decided to use Michael Feingold's translation, considered by them to be the closest to the original. We also used all the original musical underscores and links.  Creating an authentic version, albeit it in a different language to the original work was the vision. 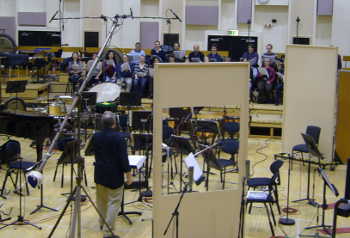 I had the honour of collaborating with an ensemble of musicians from the BBC Philharmonic conducted by H K Gruber, one of the world's leading authorities on Weill's music. It would be easy for someone with his credentials to be entirely intimidating but Gruber (who likes to be known by his nickname, 'Nali') is possibly one of the most passionate, energetic, focused and charismatic individuals on the planet. He manages to draw the best from those around him, nurturing and coaxing and cheering them on through his sheer delight at having someone to 'play' with. He would cry 'wonderful' and throw himself on the floor, howl with laughter and convey such joy that it was hard for the actors not to thrive, despite the daunting task they had undertaken. This was the first time that Nali had worked on this music with actors, as distinct from singers; and the first time he had directed the work in English. In one rehearsal I saw his eyes fill with tears as he watched our young Polly Peachum, played by Elen Rhys: this was the Polly that Brecht had written, a young British woman:  'This is the real Polly,' he whispered to me. 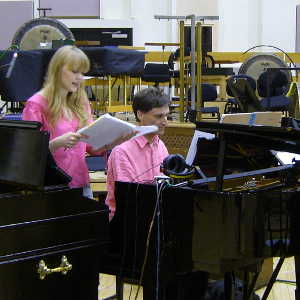 I look forward to Sunday night when my children will be safely tucked up in their beds and I will be able to immerse myself in this Victorian criminal underworld without substituting any of the words with 'doo-bee-doo-bee-doo'.

The Threepenny Opera is produced by Nadia Molinari - it is a BBC Radio Drama North and BBC Philharmonic co-production.