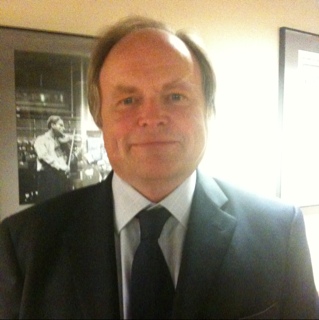 Clive Anderson has been presenting the Proms on the TV throughout the festival. I stopped him in 'the bull run' (the backstage corridor where the musicians meet to tune up, gossip and get their evening dress straight) and asked him for his Proms highlights. He told me about 'the magic of television'. Listen to our chat below.