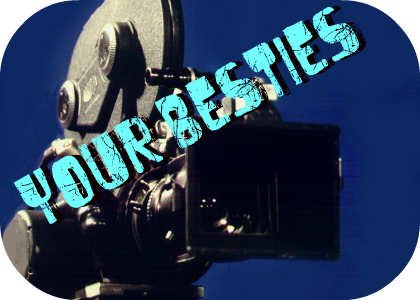 Everyone has got a movie they absolutely love - tell us what yours is and help us discover Radio 1 and 1Xtra's favourite movie of all time... plus get an invite to a special screening as a thank you!

We want you to tell us what your favourite films of all time are and why you love them. From all the films you suggest in the next few weeks, an expert panel will pick a shortlist of 20 movies, so if you want your favourite film to be on that list, you need to suggest it! You'll then have a chance to vote for which of those 20 should be named as Radio 1 and 1Xtra's favourite movie of all time - we'll celebrate the shortlisted films and reveal the No.1 movie in a series of special programmes in Spring 2011.

To get involved all you need to do is make a short video of yourself telling us who you are, the name of a favourite movie of yours and why you like it. You can contribute your video via facebook, Twitter, or by emailing it to R11Xfavemovies@bbc.co.uk. Here's the good bit - anyone who contributes a video will be invited (with a plus one) to a special movie screening to celebrate the announcement of Radio 1 and 1Xtra's favourite movie.

To contribute via email - email your video direct to R11Xfavemovies@bbc.co.uk 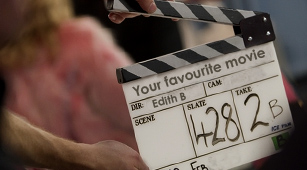 From 27th December 2010 and until 28th January 2011, Radio 1 and 1Xtra will launch an appeal for listeners to suggest their favourite movie of all times. The launch will be during Edith Bowman's programme on 27th December 2010. All suggestions will be submitted to an expert or panel of experts who will shortlist 20 which will be subject to a public vote (rules to be advised in due course)

1. Listeners can send in their suggestions in video form only.

They can submit their video entry by:

By creating a video on Youtube and linking to the R11XFavemovies thread on the Radio 1 Facebook page; or

By uploading a video to Twitter using the hashtag #R11XFavemovies and mentioning @BBCR1 or @1Xtra.

Only one email will be considered from the same email address.

Emails will not be acknowledged.

2. Any suggestions sent in by any other method will not be accepted.

3. Any suggestions sent in outside the announced opening times will not be accepted.

5. This is not a competition and there will be no prize for anyone who makes a suggestion or votes for the movie which is the overall favourite.

6. The BBC reserves the right to disqualify entries or suspend this event if it has reasonable grounds to suspect that fraudulent nominating or voting has occurred or if it considers there has been any attempt to rig the nomination or later voting process. The BBC has the right to substitute an alternative selection method at its absolute discretion.

7. The BBC reserves the right to change, cancel or suspend this event at any time. In the event of a tie, the BBC may reduce or expand the number of nominated movies to be put to the vote.

8. The BBC cannot accept any responsibility whatsoever for any technical failure or malfunction or any other problem with any email system, server, provider or otherwise which may result in any nomination being lost or not properly registered or recorded.

9. Please note that any BBC staff member or anyone who is directly connected in any way with the production of the programme is not eligible to nominate or vote.

10. The ultimate voting programme accords with the BBC's code of conduct for voting: BBC Code of Conduct Voting.

11. The BBC will only use your personal data for purposes of running this event. The BBC complies with the Data Protection Act 1998. For more information on how the BBC uses your information please refer to: BBC Privacy Policy

The daily blog of Radio 1 Movies

You can stay up to date with Radio 1 Movies Blog via these feeds.