It's the Cannes Film Festival...

...10 days of madness on the French Riviera.

The whole world's movie industry is here to pitch ideas, do deals and show off their films. It's officially crazy.

- Watched Wall Street: Money Never Sleeps, the sequel to the 80s classic about dodgy stock market traders starring Michael Douglas.
- Interviewed John M Chu, director of Step Up 3D, on a roof.
- Spoke to Dev for Radio 1, from a French radio station in a basement.
- Interviewed Josh Brolin, who's in Wall Street: Money Never Sleeps, on a balcony.
- Interviewed Liam Gallagher at the launch of his film company, where he announced he's only going to make one film before he shuts it down.
- Met an American director called Alistair who has made a film about brothers burying their mum (that's actually amazing).
- Interviewed the Scandinavian voice talent for new animation The Moomins & The Comet Chase.
- Got on a boat and celebrated The Moomins movie with Stellan Skaarsgard off of Mamma Mia.
- Had a pizza, went back to the hotel.

It's been kinda busy. More with me and Max, from 9am Saturday and Sunday on Radio 1.

Oh, and here's a picture of Liam Gallagher playfully toying with my microphone. 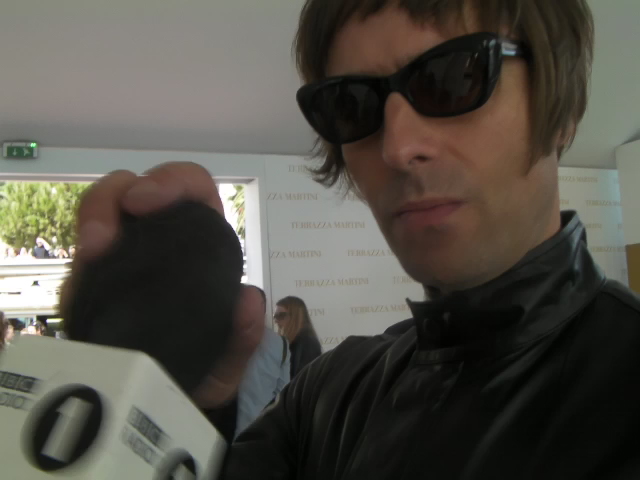 The daily blog of Radio 1 Movies

You can stay up to date with Radio 1 Movies Blog via these feeds.