The Songs My Son Loved on Radio 2 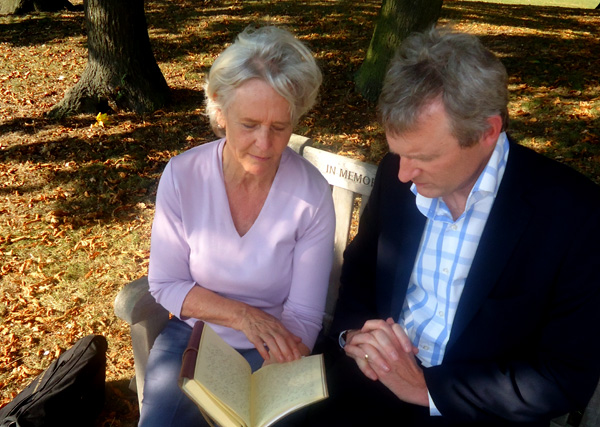 I never thought I would sit at my desk with tears rolling down my cheeks.

My colleagues are now used to the sight of me sobbing and it's one guaranteed way to get them to make you a cup of tea. It still surprised me though the first time I saw Jeremy Vine wiping a tear from under his glasses.

It was Jeremy who came up with the idea for this special series for Remembrance week. Each programme features an interview with the mother of a fallen soldier in which she tells the story of his life and his death and shares the songs he loved to listen to.

The soundtrack is an eclectic mix from rock to rap to rave. There's a football chant, a soaring school hymn, a party anthem and a beautiful piece of classical cello. The music takes the mothers back to a particular time or place and the memories that emerge paint a picture of the son she lost.

As an army wife, I knew it would be an emotional rollercoaster as the subject is very close to home. I know how it feels to wait and to worry. I also know the feeling of complete joy when my husband walks through the door after six months away.

The five mothers we met never had that homecoming hug. Two of them felt fortunate to be able to hold their son's hand as he lay seriously wounded in a hospital bed in Birmingham but for the others their reunion was at RAF Lyneham when his coffin was carried from the plane.

These are some of the intensely personal moments the mothers shared when we visited them around the country. We were welcomed into family homes in Abergavenny, Caversham, Sheffield and Dulwich and greeted warmly on a windy day out at the National Memorial Arboretum in Staffordshire.

Jeremy Vine says it has been an incredible privilege to spend time with the mothers:

"I have never in my entire career recorded interviews which have been so powerful and so moving. Sons who were only boys, who died on the battlefields of Iraq and Afghanistan as young as 19, are missed as much today by their family as the day they left them. I doubt we will ever hear these songs the same way again."

The music has already started to follow me round. It feels like every time I turn on the TV or turn up the radio, one of the songs is playing and my thoughts turn immediately to Richard, John, Mark, Cyrus or Liam.

I will think of their brave mothers when I start moaning about the magnolia paint and floral curtains in our next army quarter.

We are all fiercely proud of a man in uniform at the centre of our lives but mine is still here and I realise now more than ever how lucky that makes me.

Jill Misson is a producer of The Songs My Son Loved which is on Radio 2 at 1.30pm next week, 7th to 11th of November.