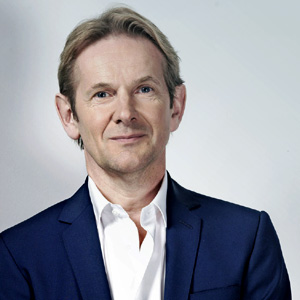 After 13 years I'm setting down the Controllership of BBC Radio 1 (and 1Xtra and The Asian Network and BBC Popular Music). I've clearly believed passionately in really sticking at a strategy for the long-term, based on the understanding that real change only happens with sustained effort over long periods - but 13 years (a record period at the helm in Radio 1's 44 year history) is enough for any one leader!

Having said that, leaving has been a long thought out and tough decision to make but I walk away immensely proud to have held this position and knowing I'm leaving with all three stations in great shape - with their listening figures at record highs.

In Radio 1's case we've come a long long way from staring at a declining reach of 9.5 million - now we've a buoyant 11.5 plus million, with nearly half the UK's 15-24s listening every week - as importantly we've a station set up for success in a mobile/visual web world.

I also leave Radio 1 better "understood' as a BBC service with clear public value aims for the young UK population, and that's not always been the case. I'm most proud of the teams I'm leaving behind, I've taken some of my greatest satisfaction of helping individuals develop and fulfill their potential.

Our stations are full of focused, open minded, optimistic and creative people that are not only a credit to the BBC, but also I hope an inspiration to the BBC of a flexible, multi-skilled modern workforce - I include all our DJs and presenters in this of course - it's one big (appropriately sized - I should say) happy family - "As One" as our marketing strap-line goes.

Looking to the future, I am about to embark on the next chapter of my life with a feeling of great excitement at what lies ahead. Anyone who knows me will tell you that I am fascinated by the way organisations work (or don't work) and delivering practical change for the better. I'm also inspired by the idea of making audiences (or customers) truly the central creative focus of activity - it's much harder than it sounds, but many of the embedded "ways of life" at Radio 1 are based on these principles.

With this in mind, I'm going to work part-time for BBC Radio, focussing on leadership development and I am taking on a part-time advisory role with Comic Relief - working with Chief Executive Kevin Cahill and his very able team of Directors on their next goals - and will be looking to broaden my experience and use my skills in other businesses and organisations outside of the BBC.

But I care passionately for the BBC and its values, and in particular how they are expressed through its awesome set of national radio services, I've been involved with them all in one capacity or another across my long radio career - and over the next years or so I hope to make a final and lasting contribution to their long term health.

If you are reading this as one of the many many people who've served the mighty Radio 1; the sharp and cool 1Xtra and the passionate people at the Asian Network over the years - I'd like to say a heart felt thank you - all audiences need to get something they love and value from the BBC - the young people of the UK are no exception - so thank you again for serving them.