Qualifying blunder leaves South Africa down and out

Fifteen months on from the elation of receiving wide praise for staging a triumphant Fifa World Cup, South African officials are now plumbing the depths.

In case you don't know, Bafana Bafana failed to qualify for the 2012 Africa Cup of Nations on Saturday after a 0-0 draw at home to Sierra Leone.

But that tells a mere fraction of the story, for the real problem was that South African FA (Safa) officials were so unaware of the rules that they erroneously believed that a draw was good enough to take them through.

Late on, coach Pitso Mosimane even threw on a midfielder for a striker to shore up the points only to later ask: "Do you think I would have left (a striker) on the bench and put on a midfielder if I knew we needed a goal? It doesn't make sense." 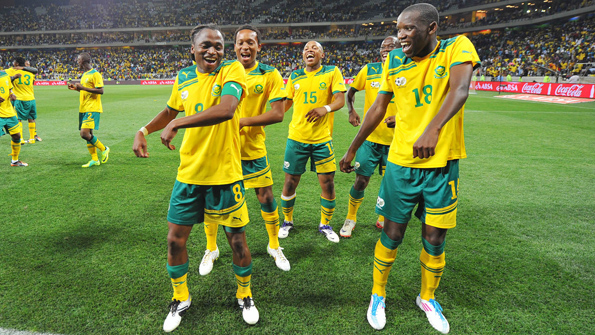 South Africa goalkeeper Itumeleng Khune was even happy to waste time, feigning injury as the vuvuzelas grew louder, which is why the final whistle in Nelspruit was greeted with enormous celebrations.

The players did their traditional celebratory dance as well as a lap of honour, while Safa President Kirsten Nematandani even went on TV to congratulate the players on a job well done.

Then the news began to filter through - that unfancied Niger had actually qualified, courtesy of having a better head-to-head record against South Africa and Sierra Leone (with all three teams having finished on nine points).

If you were being overly generous, you could point out that it wasn't just Safa but the whole nation who had got it wrong - with broadcasting companies joining sports websites in joyously conveying the 'news' that South Africa had made their first finals since 2008.

But to be generous to Nematandani would surely be a step too far. Courteous and affable he may be but given that he is an actual member of the Confederation of African Football's Nations Cup organising committee, how safe can his job now be?

It also beggars belief that Safa is now protesting against the qualifying rules to Caf - which seems little more than a smokescreen to distract from his organisation's failings. It also smacks of the sourest of grapes to complain about the rules after you've suffered from them, rather than prior to a qualifying campaign if you really have such gripes.

To put the embarrassing matter into context, contrast South Africa's understanding of the rules to that of Libya's.

As we know, the North African nation has been ripped apart by fighting this year - so much so that at one point the football team seemed unable to fulfil its Group C campaign.

However, not only did the Libyans - playing with a new strip, flag and national anthem - finish their campaign, they also registered one of the most impressive qualifications and did so while fully understanding the rules.

The qualifying mathematics for a team finishing as one of the two best runners-up was a whole lot more complex than that needed to determine a group winner, but the Libyans were so aware of the permutations that they celebrated Saturday's draw in Zambia with tears in their eyes.

Their campaign provided perfect material for any Hollywood scriptwriter. 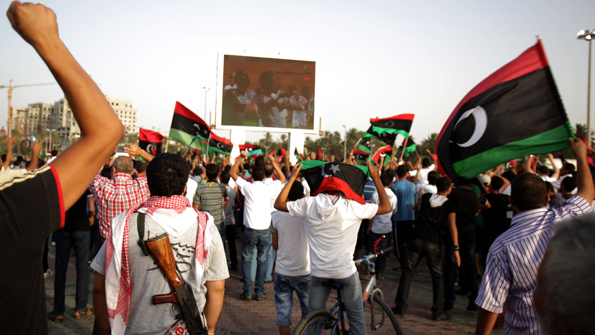 Football is a hugely-popular sport in Libya where the national team have managed to qualify for only the third finals in their history, and first since 2006, despite the fighting back home

They overcame the challenges of Ramadan affecting their opening game, their team doctor dying on the eve of their second qualifier and then the break-out of the anti-Gaddafi revolution, which prompted one player to abandon football for the frontlines.

"When I was in camp for our (fourth qualifier) - some people told me one of my dear friends was in hospital so I went to see him," explains Walid el Kahatroushi, 27. "When I saw the many injured Libyans, I decided to leave camp there and then and join the frontline."

El Kahatroushi explains that when he first went, none of his fellow fighters would allow him to hold a gun, sending him on relatively harmless errands, until he did finally decide to take matters - namely, a weapon - into his own hands. Nonetheless, they still eventually persuaded him to fight for his nation on the pitch.

Forced to play two of their three 'home' qualifiers in neutral Mali and Egypt, Libya qualified even though most of their players had played little football in recent times - with the Libyan league have stopped in March.

Then there was the coach. Brazil's Marco Paqueta has not been paid for six months but he funded trips himself to oversee various qualifiers - reluctant to abandon the players in their hour of need while wholly aware of football's new role in their lives.

"In their minds they are not only playing for football success but for a new government and a new country," he explained on the eve of the Zambia clash, for which El Kahatroushi had been recalled.

It is impossible to overstate the work Paqueta has done - having had to chop and change his squad, for reasons ranging from politics (when Gaddafi was still in control, he couldn't field any players from the rebel town of Benghazi) to logistics (as fighting around Tripoli raged, he was unable to field players from the capital as their routes out of the country were blocked).

While Libya's qualification was hugely significant for the manner in which it was achieved, Niger's was stunning for its sheer surprise - as the Mena won all their home games to defy all expectation and qualify from a group involving African champions Egypt, Sierra Leone and hapless South Africa.

They will be joined at the finals by fellow first-timers Botswana and Equatorial Guinea with the face of African football having undergone significant change for three continental heavyweights will be missing from the 2012 finals - after Nigeria and Cameroon joined Egypt in missing out.

In fact, when you realise that eight of the last nine Nations Cup-winning sides will be absent from Equatorial Guinea and Gabon, you realise the extent of the revolution that has seeped into the bones of the African game.

So the South Africans must be thanking their lucky stars that they have already qualified for the 2013 Nations Cup - courtesy of hosting the competition.