When France won the 1998 World Cup, the success wasn't discussed solely in footballing terms, as many will recall. Instead, countless voices - whether in the media or outside - commended a multicultural team for having helped to harmonise a nation sometimes torn by racial differences.

The Times, for example, credited the success with having "consolidated a new national identity" amongst the French.

But 12 years later, this celebration of France's multicultural ways was apparently no longer so welcome - as investigative website Mediapart discovered.

The claims that the French Football Federation's leading coaches proposed in November 2010 to secretly limit the intake of black and north African players to 30% at certain regional youth training centres, including the renowned Clairefontaine facility, were swiftly dismissed when they first emerged. 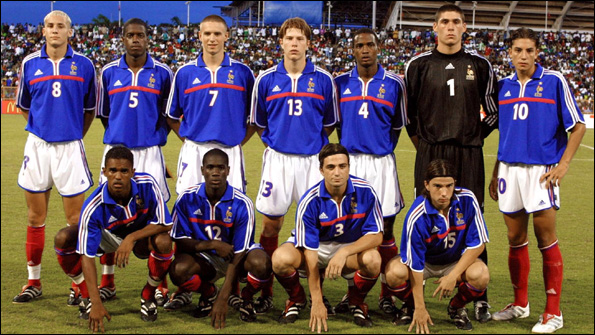 How could it be true when Zinedine Zidane (with Algerian heritage), Marcel Desailly (Ghanaian) and Patrick Vieira (Senegalese) - not to mention Lilian Thuram (Guadeloupe) and Christian Karembeu (New Caledonia) among others - were so central to Les Bleus' World Cup triumph?

But with a transcript of the conversation having appeared, and the head of the FFF's National Technical Board (DTN) admitting the words were true, a massive scandal and two separate investigations have begun in France - with the question of institutionalised racism at its core.

So what exactly changed in the intervening years?

Coincidentally, it was Algeria, the country of Zidane's parents, which proposed that Fifa change its rules on international eligibility. Algeria successfully argued, back in 2003, that a footballer capped at junior level for one country should be able to later represent another nation.

Any change had to be made by the age of 21 but when Fifa then scrapped that rule in 2009, a wave of former French youth players washed into Africa.

Algeria led the way and when they contested their first World Cup in 24 years in South Africa, four of their starting XI were former French youth internationals - with another four on the bench. Among them were a former France Under-21 captain (Carl Medjani), a former U17 World Cup champion with France (Hassan Yebda), a Clairefontaine graduate who had represented France at all youth levels (Habib Bellaid) and one who had played for France at the U19 European Championships just a year earlier (Ryad Boudebouz).

Other African nations also followed suit, with Senegal prominent amongst them. A country that has been poor at developing its own youth players has - in the case of the excellent trio Issiar Dia (Fenerbahce), Jacques Faty (Sochaux) and Moussa Sow (Lille) - simply profited from the funds spent by Clairefontaine instead.

Sow is an excellent example of the debate at the heart of this row. Firstly, he is one of the prime reasons why Lille, whose last title came in the 1950s, lead the French championship with five games left - having struck 21 goals in 33 league games. 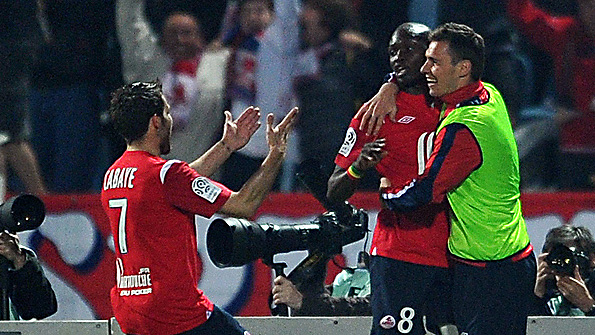 His career has gone into overdrive since joining Lille last June on a free transfer, having achieved relatively little with former club Rennes. Just a couple of years ago, he was a long way from the France team, despite having played at youth level for the land of his birth, so the then 23-year-old opted to play for Senegal in 2009 - making his debut three months after Fifa's decision to withdraw any age limit restriction.

Had Fifa not made that switch, would Sow be in the France squad today, especially since coach Laurent Blanc - at the eye of the storm for the comments he has made - has tried out a number of strikers since taking charge after the World Cup debacle?

A similar question can be asked of Desailly. Born in Ghana to Ghanaian parents, before being taken under a Frenchman's wing when his mother married again, Desailly only made his France debut a month shy of his 25th birthday - but had today's rules been in place, might he have been tempted by Ghana in the intervening period?

The problem for the French directors is how to ensure they retain the talent that they spend millions of euros developing in a way that isn't racially discriminatory - which any quota system clearly is.

As Thuram points out, any discrimination would be a further burden for a section of society who encounter challenges anyway.

"The people affected by this discrimination are children who already encounter difficulties in French society and often their dream is to be able to make it through success in sport, notably in football, so it is a double blow for them," France's record cap-holder told the BBC this week.

Earlier, he had argued that the issue of dual nationality is a false issue anyway, insisting "the best players will be taken on by France" - which they have been in abundance.

Zidane, Desailly and Vieira apart, Les Bleus have benefited from, among others in the past, Juste Fontaine (Moroccan father), Jean Tigana (Malian father), Claude Makelele (whose dad played for Zaire, now DR Congo) and, today, two players eligible for Algeria (Samir Nasri and Karim Benzema) and another pair who qualify for Senegal (Patrice Evra and Bacary Sagna).

So should the French top-brass simply accept that investment in young footballers is a gamble anyway - or can this multiracial country ensure that it retains its best talent? Or should they addres the issue by expanding the annual intake of pupils to try to ensure that more jewel are unearthed? Or can they - and I'm no lawyer - find some legal method whereby youngsters have to sign a contractual agreement?

Or is the easiest way simply to field a player in a competitive match and so bind him (under Fifa rules) to France - as happened to Lyon's Bafe Gomis prior to the 2008 European Championships, with irritation in Senegal, who were also chasing him, ever more vexed by his limited selections since.

For decades, anger with French footballing authorities was a widespread emotion across Africa. Many dual nationality players were denied international careers on the continent because they played at junior level for France.

The most famous example was probably Ivory Coast-born Roger Boli. Brother of France international Basile, Roger was denied a career with the Elephants because of less than 20 minutes he played for France juniors - a decision he has rued ever since.

This is why African sympathy is in short supply as French attempts to limit the schooling of dual nationality players have backfired so spectacularly. It's not so much the schadenfreude - it's more the satisfaction of 'payback'.

So now, as France looks to avoid accusations of discrimination in future, their selection criteria may just have to bend the other way - meaning that Africa will further benefit.