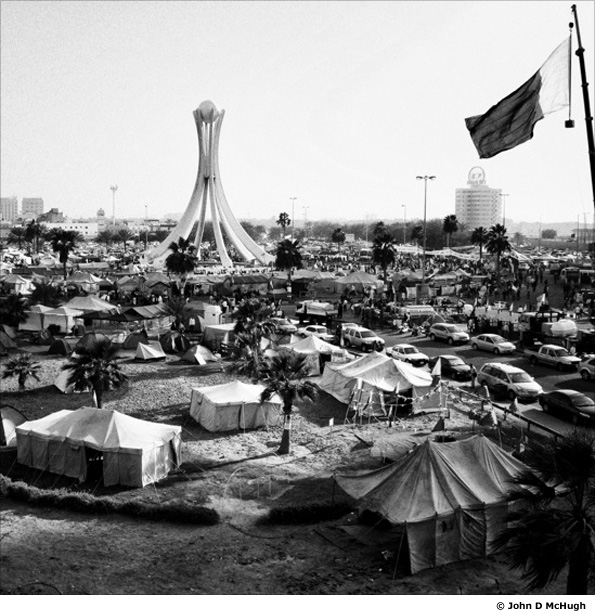 The recent protests and revolutions that have swept across parts of the Middle East and North Africa have of course attracted waves of photographers.

One of those was experienced photojournalist John D McHugh who was drawn to Bahrain and the Pearl Roundabout, the focus of protests in that country.

Following clashes in mid February that left at least seven people dead, anti-government protesters camped out in the capital in an attempt to force political reforms and end the monarchy's grip on power. 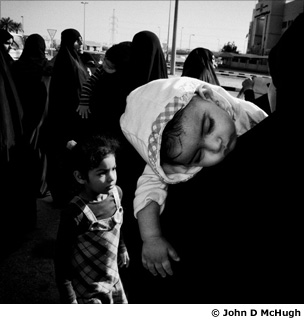 Within days the camp was the scene of a violent confrontation between the protestors and government forces, yet it remained in place for more than one month before being cleared by the authorities.

John D arrived after the initial unrest and began his work in the rebuilt camp. He said:

"They showed me the bullet holes, and the place where one protester died. Considering the recent bloodshed, I was amazed to see so many women and children participating in the protest."

Covering such an event is not without both danger and complications. John D said:

"Working in Pearl Roundabout, also known as Lulu Roundabout, was difficult. Everyone had a story, and they were desperate for the international community to hear them, to help them. I was filming a documentary on a small camcorder, but even that drew a lot of attention.

"But with my unobtrusive compact camera, I shot these photographs and recorded audio, barely noticed by people. There was an air of hope, of expectation and the small camera made me inconspicuous, allowing me to capture moments that wouldn't have been possible if I was working with my usual kit."

"When protests started in Bahrain journalists rushed to the island kingdom. But soon they were being detained at the airport, some were held for 16 hours, and their professional filming and photographic equipment was being seized. So when I travelled in, I brought the smallest kit I could, a small handheld HD video camera that looks like a phone, and a compact Canon G12, that shoots stills and video.

"Although the army and police had been pulled of the streets by the King, there was still a very real possibility of more violence. Because I was trying to enter the country 'low profile' I had to leave my usual personal protection equipment at home. I felt naked travelling without my body armour and helmet. However, I did take my battlefield first aid kit, which I wear at all times on my belt. There are some things I just won't travel without."

A selection of John D's pictures can be seen below. 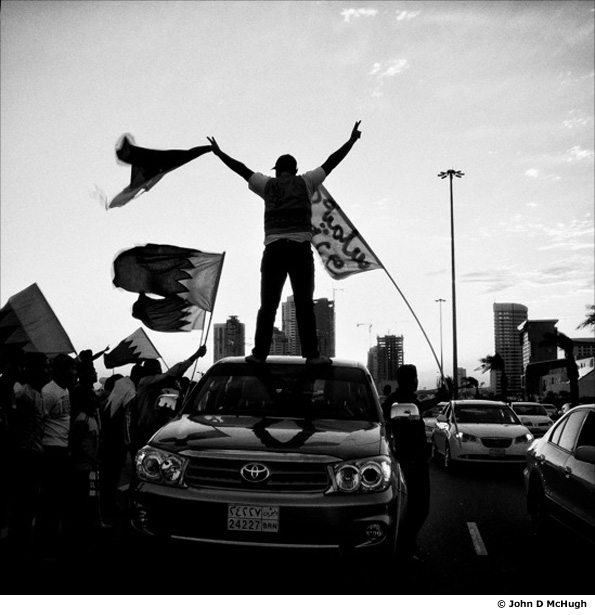 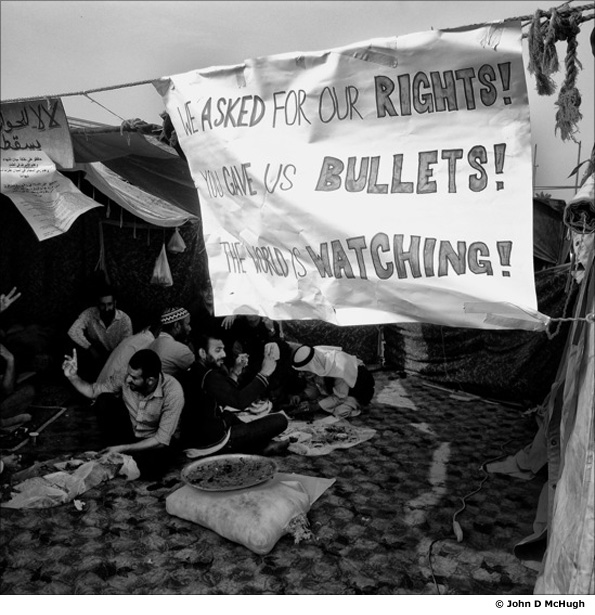 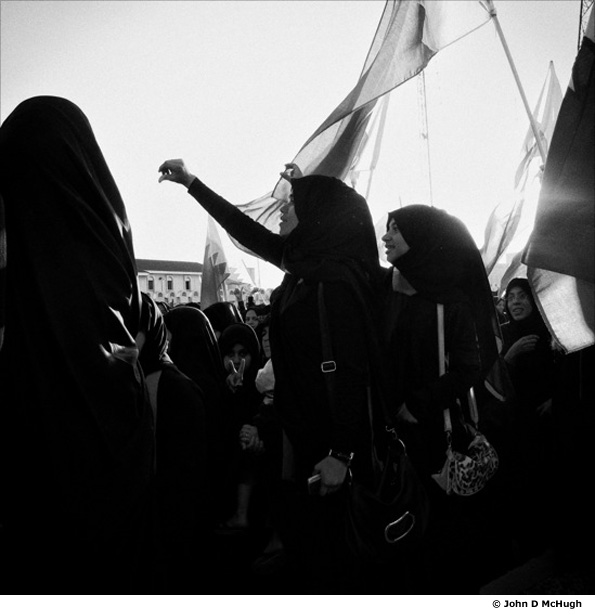 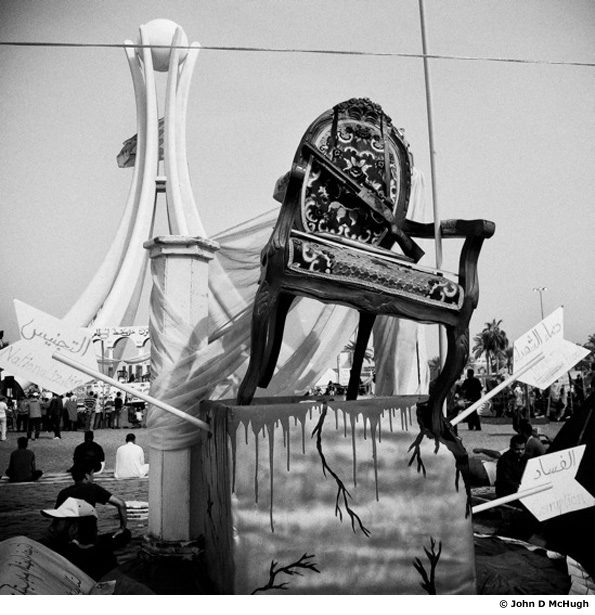 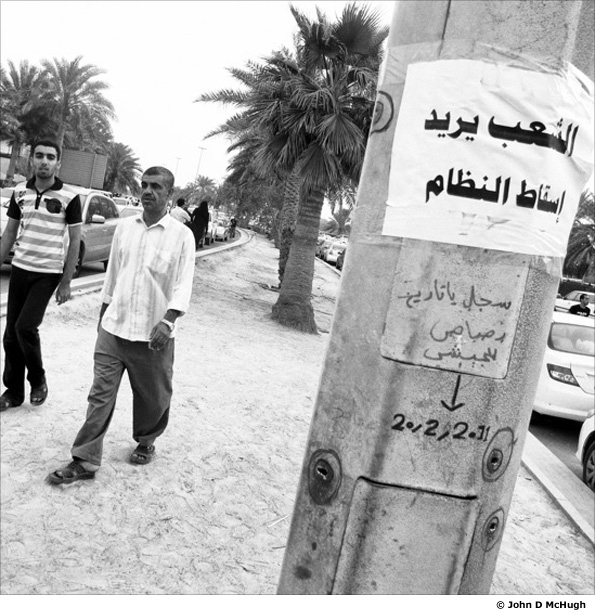 You can see more of John D McHugh's work on his website.