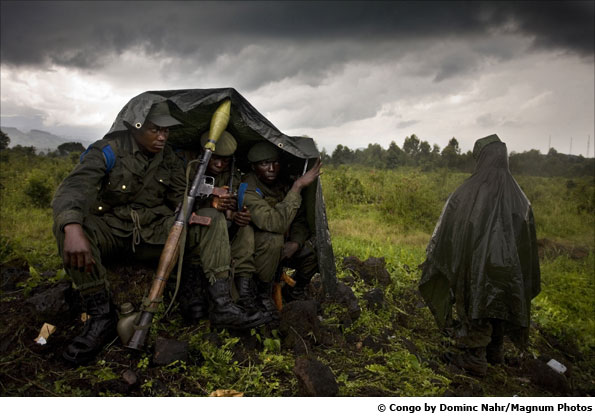 Along with many other professions photographers are looking to find new income streams. For photojournalists this means looking beyond the traditional funding models where assignments came from mainstream publications, NGOs or are self funded in the hope of future sales.

The internet now provides photographers with a direct route to the audience, and it's this path that some are now looking to utilise and crowd source the funds. So what does that mean? Well, put simply, photographers offer up a project or issue they wish to tackle and ask for donations.

Sounds crazy? Not so. Look at the photography section of the crowd funding site Kickstarter to see some of the projects under development.

However, there is a new name on the block, and that is Emphas.is, which, according to its website:

Emphas.is was founded by, among others, freelance photojournalist Karim Ben Khelifa and photo editor Tina Ahrens.

So how will it work? What sets it apart from other crowd funding sites? Karim was keen to make the point that they are not inventing something new. As can be seen crowd funding is working for many people, including a number of serious photojournalists who are established names, including Larry Towell who raised the $12,000 needed to fund a trip to Afghanistan.

What Emphas.is does is to bring it all into one place and to focus solely on photojournalism and by doing so offers everyone a chance to get the best possible backing.

Photographers will be able to submit proposals for projects and stories they wish to cover, along with a proposed budget. These ideas will then be studied by a group of reviewers who will critically assess each idea, and only those they feel can succeed will then be promoted on the site and start to seek funding.

The photographers work will be presented to the reviewers anonymously and online. They won't know who else is looking at the work so can't discuss it, this should ensure a fair and open process. Those deemed to be sound proposals will go on the site and hopefully attract backing. 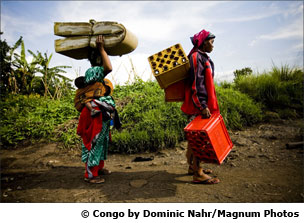 The others will be rejected and detailed feedback offered to the photographers as to why they didn't cut it. The feedback will allow photographers to explore the weak spots in their proposals and maybe re-submit in a new form, or perhaps in some instances come to realise the idea just didn't stand up in a commercial world.

Projects that make it to the site will then be open for donations. Anyone can offer funding, but Emphas.is will also work with NGO's and of course accepts funding from other interested sources.

The connection to NGOs is indeed vital, as not only are they able to offer support, as they do now, but they can also offer a focused mailing list and contacts of those already interested in a particular issue.

But what do individual sponsors get for their support? Karim told me that it's not about just offering a free print, signed or otherwise, this is about being in on the back story.

You could say it's a way of monetising the down time, though that might not sit kindly with some who view photojournalism as a way to right wrongs. Yet every project has to be funded in someway and photographers have to live too.

Photographers will have to commit to offering their backers a dialogue, details of how the project is proceeding, where they are, anecdotes from the trip and the mechanics of getting to the source, logistics and so on. So for those interested in becoming photojournalists, or those who feel they want to get a different story to the crafted one that may eventually appear in publications, this will appeal.

"Emphas.is does not have editorial control; the photographers will show how they got to the source of a story and offer their view of the reality on the ground. Photojournalists have a different take on the news, and lots to share with the public. This could be a point of view for example, or perhaps thoughts on the kindness of those met in the course of the assignment, be they rebels or whatever. This is not something you get via the main stream media...We do journalism and that is about communications, which means talking to the public"

That said, they are not looking to be a distribution channel for the final work, photographers will of course still seek to find publications to run the stories.

One thing that is offered is insurance, Karim told me that in his 12 years of working he had been insured for only one week of that. It's a dangerous profession for those covering the world's hotspots and anyone supplying financing will probably feel better knowing that the photographer has some cover. Karim said: "We are doing what freelances can't afford to do, and we are in a good position as we have numbers and can buy in bulk."

Will it work, I see no reason for it not to, and it could be the first step on the way to reaching a new audience.

Emphas.is will launch later this month. 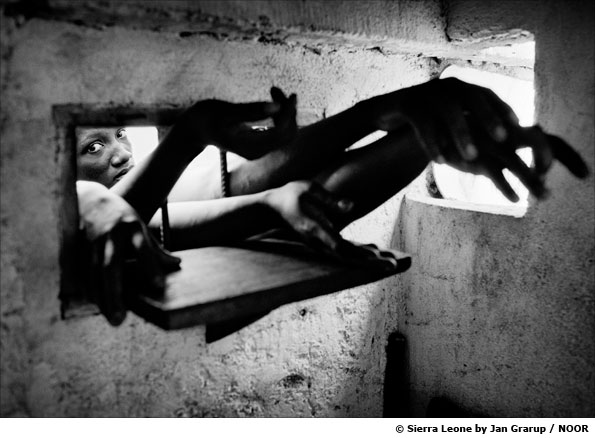