Sean Gallagher on assignment with the PM 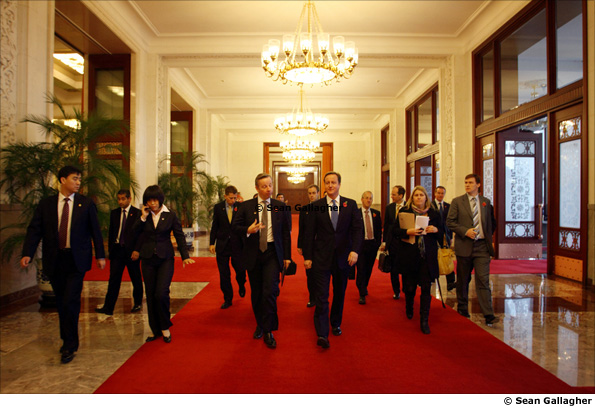 Earlier this week photographer Sean Gallagher spent two days in the company of the British Prime Minister David Cameron during his visit to China. Here Sean talks about the project.

"Since moving to China in 2006, I have been documenting environmental issues in China such as desertification and wetland disappearance. I travel extensively presenting this work to various groups and organisations and I was invited by the British Embassy in Beijing to present some of this work to their staff last month, as part of their 10/10/10 Climate Change events.

"Following this, they asked if I would be interested in documenting the prime minster's visit to Beijing. I believe it was my editorial approach which they were looking for, in order to create a unique perspective of this trip." 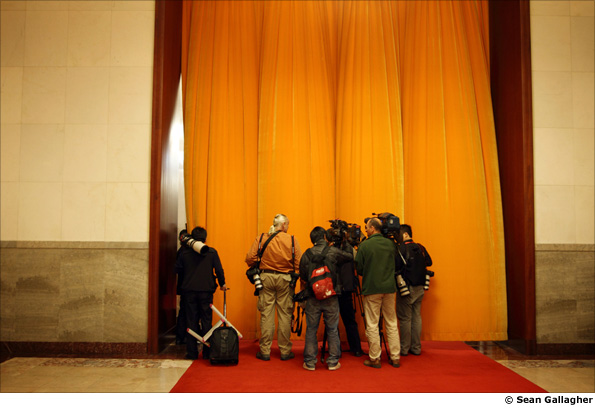 How was it working with the rest of the press pack, or did you have special access?

"Working with the press pack was a unique experience in itself, as I tend not to work with them normally. They have an incredible energy and knack for knowing exactly what shot they want, when they want it and how they will get it. Normally, there is quite a bit of jostling involved but in the end, it seems everyone gets the shot they need."

What sort of shots were you looking for - something different to the wire photographers?

"Luckily, as I was working for the embassy, I was able to get access to a few more unique moments where I was the only photographer present with the prime minister and his staff.

"Coming from an editorial background my instinct is to always try to find more natural moments in a situation, compared to many of the more typical and expected shots that normally come from these types of shoots.

"For this kind of situation, I normally work quickly to get 'the expected shot'. A typical image from the event. This is part of being a professional photographer and delivering for my client. Once I know I have that, I then have the freedom to get more creative and experiment to create images a little more unique."

What were the main challenges? Logistically and photographically?

"Logistically, there weren't too many. The schedule for the prime minister is laid out with military precision, so you are informed exactly where you need to be and when. On the whole, it's just a case of following the plan.

"Photographically, the biggest challenge was to create something unique from situations that were very fleeting. The prime minister had many engagements throughout the two days, so there was a lot of moving around from location to location.

"Many of the situations were also meetings, in very formal situations, so the challenge was to try to find an interesting angle and moment."

Were you on a deadline to turn around each photo opportunity or were you looking for a more considered set from the tour as a whole?

"I shot entirely on digital, as I have done for all of my work for the past few years. I filed twice each day, one after the morning events and then in the late evening, after the afternoon and early evening events. This was a relatively new experience for me; however, a lot of preparation before I began the shoot enabled me to plan accordingly and deliver the images quickly, so that they could be used almost immediately after the events occurred.

"As I was shooting, I always had in the back of my mind the idea of creating more of a feature package for the prime minister's two-day trip. Over the coming days and weeks, I will spend more time with the images and shape the edit to reflect this." 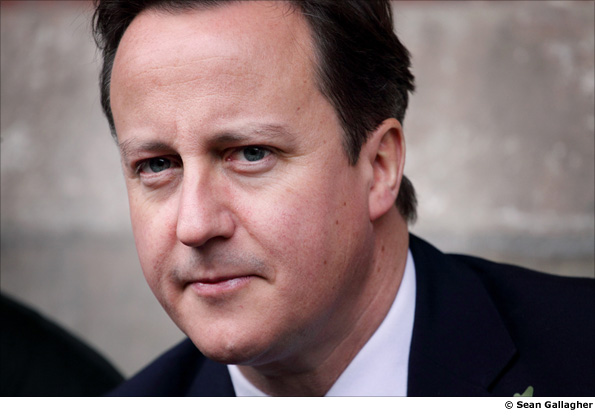 What was the hardest photograph to get?

"I think the hardest shot was a natural portrait of the prime minister. He was so busy throughout the trip that getting something natural was a real challenge, as he was always with somebody, or doing something.

"I got one portrait of him when he was in the old hutongs of Beijing, which I quite like. It's one of the only images that I took where he is actually looking right at me. It was the briefest of glances but I think it makes the picture."

What's your favourite shot from the tour?

"There is one image of the prime minister walking down the red carpet inside the Great Hall of the People, accompanied by his staff. This was taken a fraction of a moment before he met Chinese President Hu Jintao. I was the only photographer with them at that point, so it was very pleasing to get this unique shot at such an important moment in the trip.

"There is another image from the hutongs which I like. It is from a moment just before the Prime Minister is about to get into his car. I like how all the elements within the frame all work well together and the surroundings give you a hint of old Beijing.

"As a result of the access I was able to get, I feel the two days really were a once-in-a-lifetime shoot." 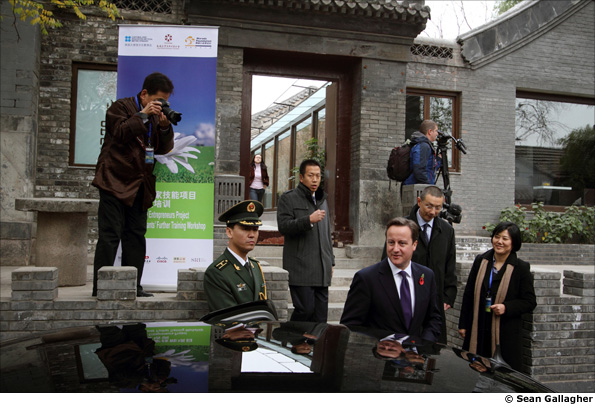 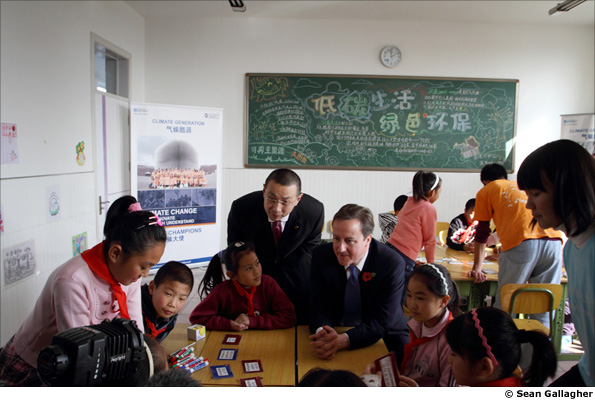 You can see more of Sean's work on his website.