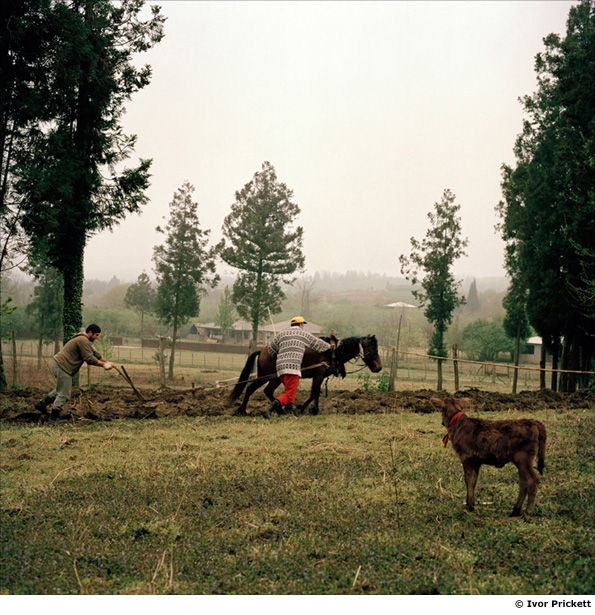 The death of photojournalism is something that Irish photographer Ivor Prickett has no time for.

Ivor is a graduate of the Documentary Photography course at the University of Wales in Newport and in 2007 he won the Ian Parry Scholarship. Since then he has had work published in a number of UK national newspapers and magazines.

He's driven to work on projects, many long-term, that he feels will engage him; stories that he believes need to be told rather than trying to figure out what someone else might be interested in. He says that: "Perhaps this is rather foolhardy but I think that before you can do your best work you have to be fully committed to it, regardless of what other people think."

It's this that led Ivor to base himself in Beirut, noting that it's rare these days to be commissioned to travel halfway around the world. So, together with his partner who is also a photographer, they made the move to live abroad, feeling that this would put them in a better position for more interesting assignment work. The Middle East was a place both wanted to explore and has good links to other areas, plus as Ivor adds: "Beirut, it is a lovely city and the perfect place to come back to after a tiring trip."

On these long-term projects Ivor works alone as he feels it's easier to blend in, and his most recent project in the Gali district of Abkhazia was no exception. The region is home to the Mingrelian Georgian people in Abkhazia, an area which Ivor says: "feels like a buffer zone".

You can see a few of the pictures below and there's a full set on his website with more details on the project itself. I found the pictures captivating, enticing and engaging.

Ivor's aim here is not to preach but to present what he finds. He said:

"The message, if there is one, is simply about the way in which people who have been caught in the midst of war survive in its aftermath. While it is important to document the event of war and refugee crisis as they unfold, in terms of disseminating and understanding why something has happened, I believe that looking at how the displaced cope with the process of going home is just as integral to our wider comprehension of the ramifications of war. But ultimately I would say yes, what I want to do is try to present what I find as openly and honestly as possible and let the viewers decide what is going on."

Ivor doesn't speak Georgian or Russian so employed a local fixer and ended up living with him and his family. This allowed him to gain some trust and yet, even then, he explains, it took a long time for people to relax to allow the pictures to have a natural feel. Ivor said:

"Often, once the initial introduction was made, I would stay with people on my own and go back to visit them again and again. Each time you revisit someone you are rewarded with more trust and as a result better access.


"Also, because I made several trips I was able to bring prints back for people the second time, something that I feel is very important. Not only is it really interesting to see and hear the reactions to your pictures, but by doing this I feel you are also being truly honest and as result people have more respect for you and understand what you are trying to do much more clearly.


"An ability to drink copious amounts of vodka and not collapse was also integral to winning over the local population."

This story was not commissioned and Ivor admits that it is difficult to market this kind of work to main-stream publications. Instead he looks to grants and awards for funding personal projects.

When asked about the much heralded death of photojournalism, Ivor says that for his generation such a statement "falls on deaf ears because we never knew the golden era". He continued:

"Things have changed and perhaps there isn't as much space in mainstream media for photojournalism and documentary photography as there once was. But at the same time there are countless new ways in which we can show our work, such as this blog. So once you can find the money to do the work, and I think there are probably more funds available now than there ever was, then the options for presenting it are countless." 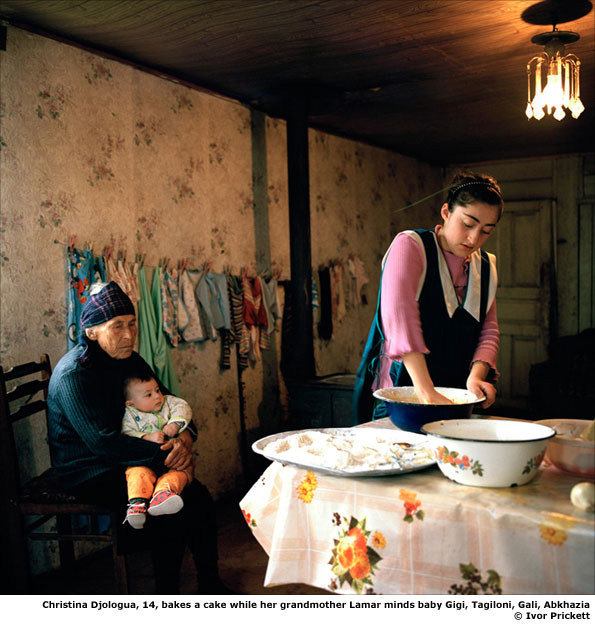 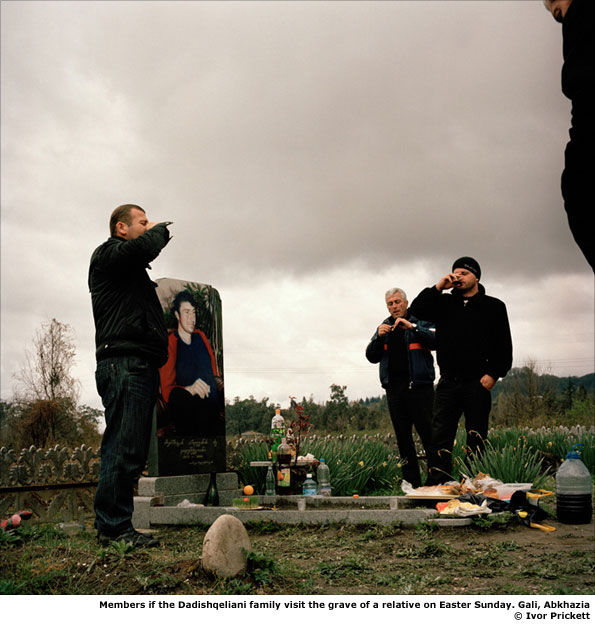 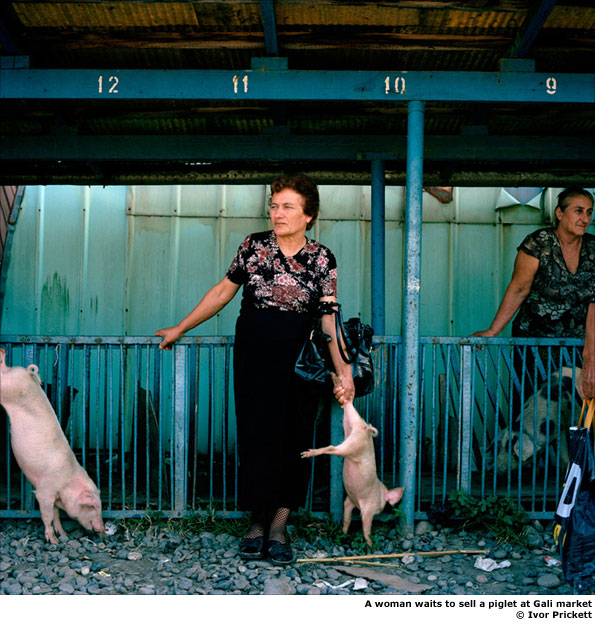 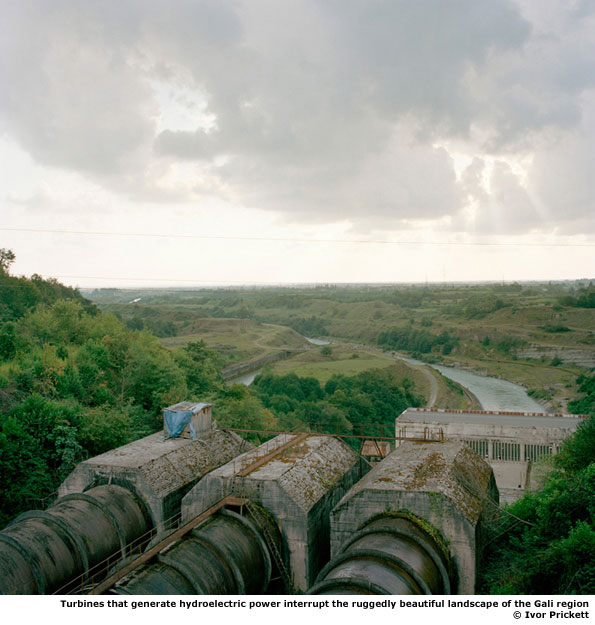 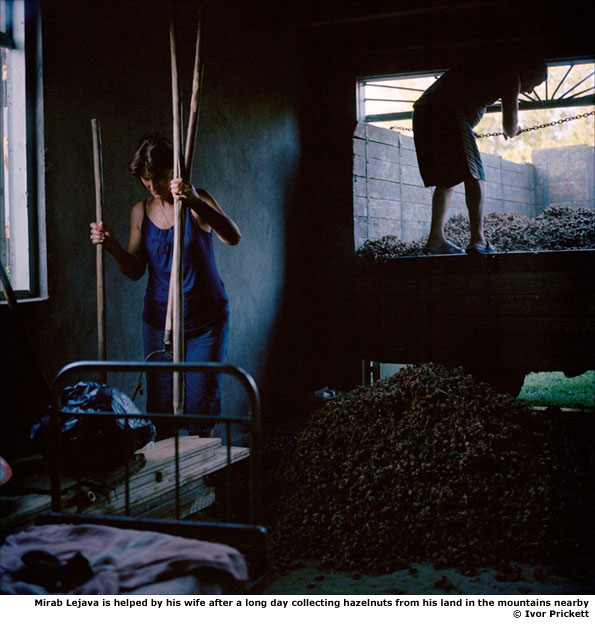 You can see more of Ivor's work on his website.