Voyeurism, surveillance and the camera 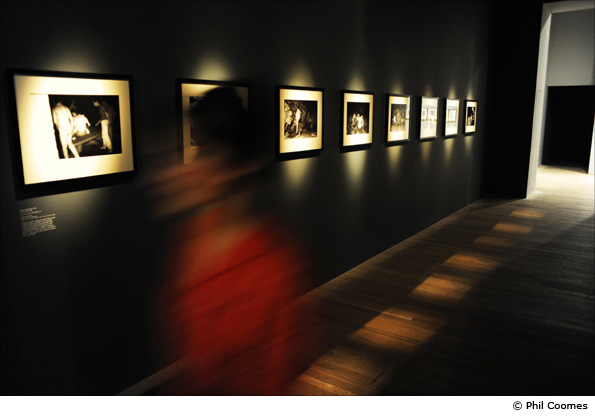 Voyeuristic and invasive of privacy: is that photography today? When does photography tip over the line into surveillance? These questions are examined by a new exhibition at the Tate Modern in London.

The press release tells me that Exposed: Voyeurism, Surveillance and the Camera will give a:

"fascinating insight into photographic images made surreptitiously or without the explicit permission of those depicted. Spanning a variety of lens-based media from the late nineteenth century to the present day, the exhibition will offer an illuminating and provocative perspective on subjects both iconic and taboo."

The show comprises work by a range of photographers, from the black-and-white reportage of Henri Cartier-Bresson, Walker Evans and Robert Frank to commercial work by Helmut Newton via the paparazzi shots of Ron Galella.

It's a very broad brush and also includes a number of video installations. It's an impressive line-up, especially when you throw in projects by lesser-known artists and amateurs and some frames taken from CCTV.

I would add that some of it is for neither the squeamish nor the prudish.

It's also a timely given the recent stories of photographers clashing with police while taking pictures on the streets and the new government announcing in the Queen's Speech that the use of CCTV will be more tightly regulated and that anti-terror legislation "strikes the right balance between protecting the public, strengthening social cohesion and protecting civil liberties".

But where does all this take us? I'm tempted to quote from Out of the World, a novel by Graham Swift, which argues that to understand the real, we must look to fiction:

"When did it happen? That imperceptible inversion. As if the camera no longer recorded but conferred reality. As if the world were the lost property of the camera. As if the world wanted to be claimed and possessed by the camera. To translate itself, as if afraid it might otherwise vanish into the new myth of its own authentic-synthetic photographic memory. As if it were a kind of comfort that every random, crazy thing that gets done should be monitored by some all-seeing, unfeeling, inhuman eye. Not to be watched. Isn't that a greater fear than the fear of being watched?" 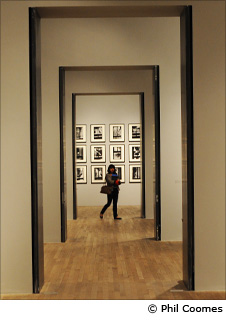 It might be argued that the watchers and the watched are now interchangeable. Social networks provide the space for anyone to place themselves on display, to a lesser or greater extent. The same could be said in terms of photography. The old mechanisms of production and reproduction - in the printed sense - are breaking down: anyone can publish now, though for others to be aware of your work, a certain amount of "salesmanship" is required.

The division and control of space, both real and virtual, along the lines of public and private creates an ever-changing backdrop for modern life; the boundaries move depending on personal opinion.

The show at the Tate Modern explores many of these areas, and in some cases confronts it head-on. It's an unflinching examination of our perceived desire to see all, to gaze at anything we choose. Here, the photographer is an all-seeing eye: one who witnesses the beauty of everyday life, war, death, suicide, sex and beauty.

We can peer through the windows of a brothel, see couples in the backs of cars, examine the remains of those killed in conflict and look at the reconnaissance photographs taken prior to D-Day.

Many of these pictures attempt to explore the barriers between the various forces within the frame. The photographer is active while the viewer and the subject are passive. The viewer knows that they are standing where the photographer must have stood, yet they are always outside the scene. It is a spectacle to enjoy or be repulsed by.

Contrast Merry Alpern's series of photographs shot through a window of a brothel in Wall Street with those by Shizuka Yokomizo who pictured strangers standing in the window of their homes.

Alpern's pictures were taken from a "hide-out" across the street; they place the photographer firmly and squarely as a peeping Tom, and the viewer of the pictures is there with her. We only have one choice: to look or to move on. The photograph exists, but what of the many pictures that were never taken, the moments missed or ignored? 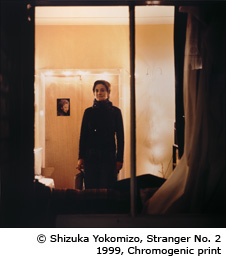 Shizuka Yokomizo's pictures of strangers standing at their windows are an attempt to tackle this issue. Yokomizo sent an anonymous letter to potential participants inviting them to appear in their window at a set time. Yokomizo would set up her camera and photograph them if they appeared in the window. The resulting pictures are intimate and to some degree controlled by the subjects, because they have decided whether to take part in the work and how they will be depicted. The viewer is outside looking in, but we know the subject is happy with this and indeed is looking back at us.

Depending on your own tastes, you will no doubt feel at home in some of the exhibition's 14 rooms and not in others, but that's no bad thing: there is some very challenging work on show. 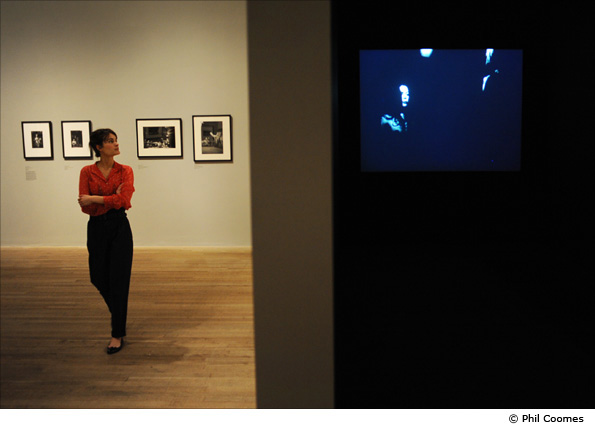 See more images from the exhibition in a picture gallery here.

Exposed: Voyeurism, Surveillance and the Camera can be seen at the Tate Modern in London from today until 3 October 2010.