Picturing an active life with dementia

I was recently asked to help judge a photographic competition being run by Alzheimer's Disease International (ADI) who are an international federation of Alzheimer associations. Each of them offers support to people with dementia and their families.

The competition was run through the ADI network and members were invited to submit photographs from both amateur and professional photographers, depicting people with dementia continuing to live a mentally and or physically active life after diagnosis, the broad theme being "Active life with dementia".

The winning pictures in the two categories, professional and amateur, were announced at the 25th International Conference of Alzheimer's Disease International and I thought I'd share them with you here.

The winning picture (below) was taken by Andreas Philippides in Cyprus:

"Kleri Panayi, age 77, has had Alzheimer's disease for seven years. A mother of three, she used to be a professional musician, piano accompanist and music teacher since graduating in London." 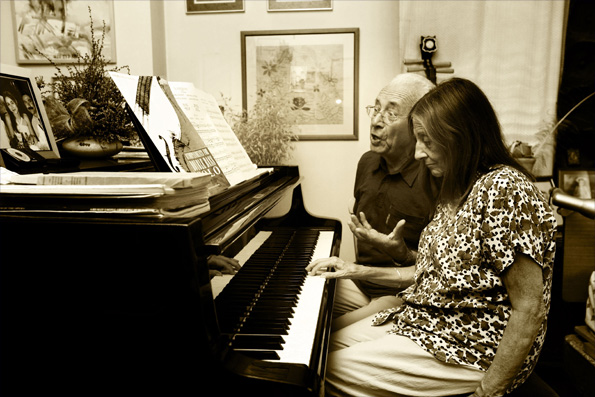 "I thought that I could not find a photo that expresses a good side of this disease, but I remembered my grandma's last birthday, and I saw this picture, my grandma expressing love to my grandpa. It was a unique moment, a moment to be shown, and I am glad to know that happy and positive moments can be part of this situation." 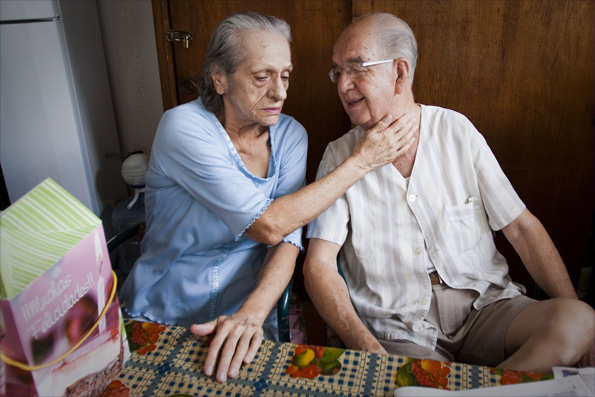 There was a tie for third place, one of the photos having been taken by Paula Ines Conti of Argentina:

"The ritual is always the same. Every morning that mirror returning her mirror image back. As a child I observed how she tried to look prettier. Today I try to maintain that beauty as well." 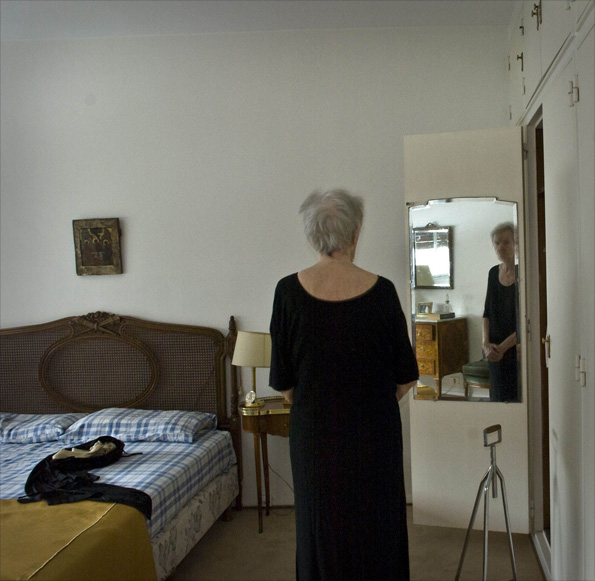 Andreas Philippides whose picture took first place also came joint third with this other picture (below):

"Sofia Zorlakki, age 71, has had Alzheimer's disease for five years. A mother of three, she used to be an executive secretary at the Ministry of Labour. Now she takes care of her grandchildren." 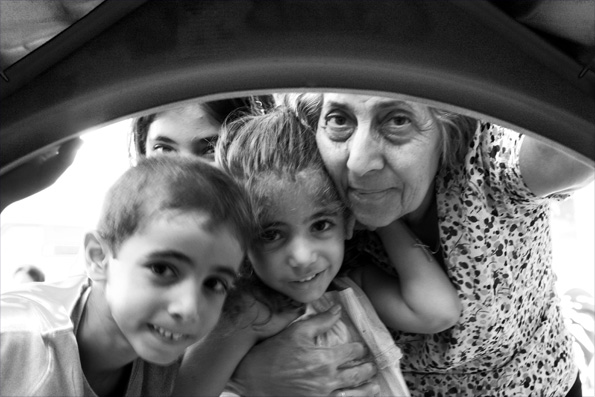 The winning picture here was taken by Katherine Leong Peck Fun in Malaysia:

"Siti Rosni, a person with dementia, doing her daily chores at home." 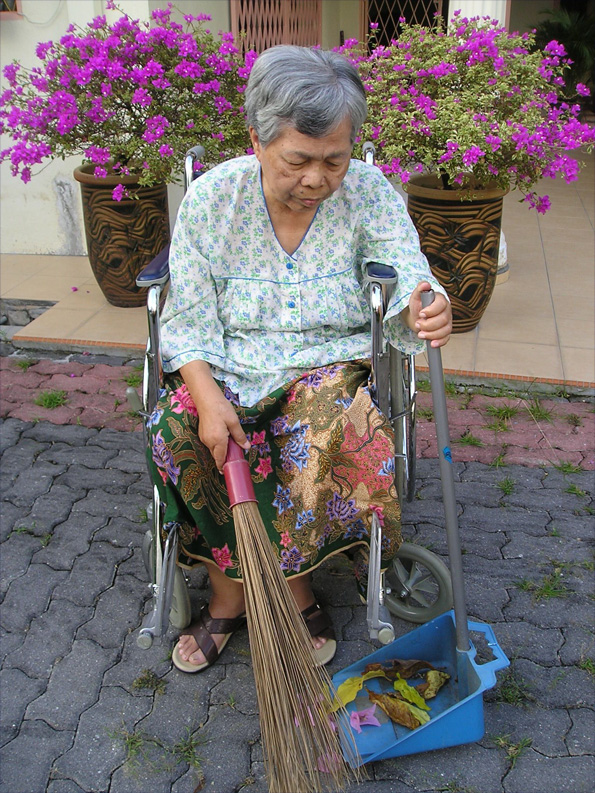 "At Christmas my husband had to go to hospital. On 6 January the worst was over and he was the King again. We spent much time at the hospital and taking pictures was still something I could take care of. Fortunately he always loved to have his picture taken." 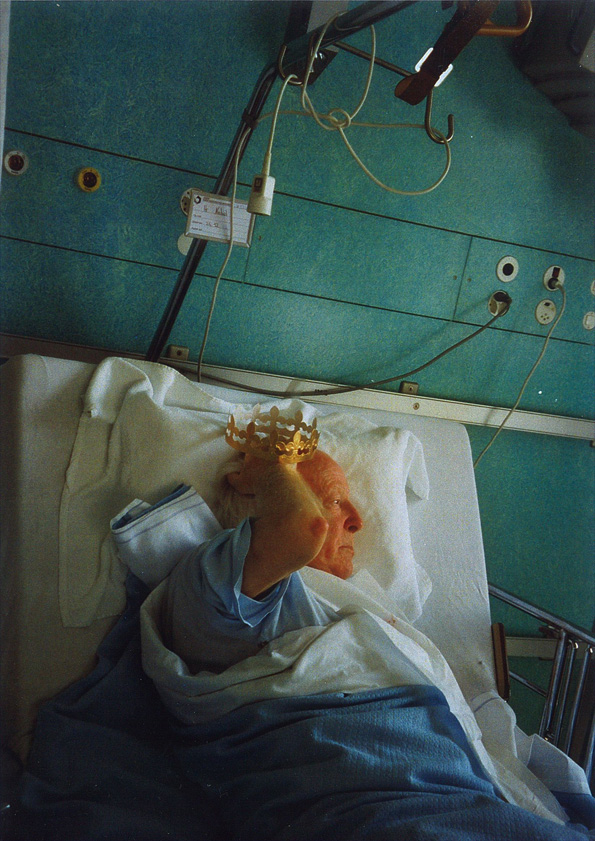 Third place was awarded to Janet Wood in Zimbabwe. 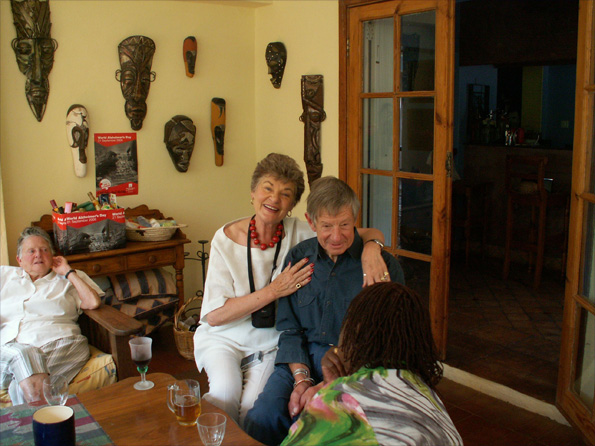 I think it would be fair to say it was an interesting experience and one where all the judges (listed at the foot of this post) were in broad agreement as to the best pictures, though some placed them in a different order.

We did not know who had taken which pictures when judging, the prints were simply laid out and we all rated our top three, results combined and that was that.

Photography can be intrusive, insensitive and when dealing with tough subjects such as this it can be hard to be anything more than an outsider. I think a number of these pictures go beyond that, primarily because those taking the pictures are close to those pictured. But again context is so important.

The photograph by Theresia Jelmini-Nobel (second place in the amateur section) is in my opinion the strongest photograph of the lot, it's a great picture, yet without the caption could be read in many ways and we debated about its merits long and hard.

I offer my thanks to ADI for inviting me to be a judge.