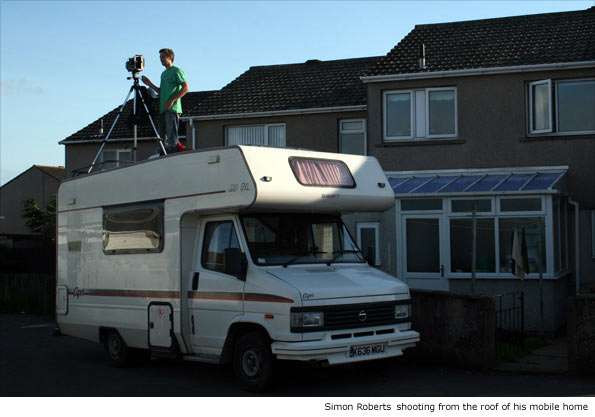 For the first time, a photographer has been chosen by the House of Commons as the official election artist. The Speaker's Advisory Committee on Works of Art has commissioned photographer Simon Roberts to document the campaign activity in the run-up to the 2010 general election

Simon's work is well-known and his most recent book, We English, has been widely praised (you can read my post about the work here). The pictures were the result of a year-long road trip and shot on a 5x4 camera; they are currently on show at the National Media Museum, Bradford.

I asked Simon whether he was planning to produce pictures in a similar style for the election project. He told me:

"I will use much the same theoretical and logistical approach as I did for We English which explored notions of identity and belonging through photographs of the English at leisure.

"I intend taking the photographs in a variety of physical spaces, from political battle-buses - if there are any - town centres and village greens to polling stations, shopping centre car parks and suburban backdrops. Where possible, I will photograph from elevated vantage points, which enables me to get a greater sense of people's interaction with the landscape and with one another. In each image, however, the framing is such that the subjects are fixed firmly within their environment.

"The use of the large format 5x4 plate camera means that the image-making process is slowed down, allowing me to approach the composition of every image in a more considered manner, which adds to the richness and potency of each photograph.

"These landscape photographs will provide a sense of context, evoking people in their diverse habitats and surroundings while conveying a wealth of visual clues and signposts to facilitate in-depth readings of the image and the complexities within."

The resulting work will join the Parliamentary Art Collection in the House of Commons.

To add an extra dimension to the project, Simon is also giving the public the chance to get involved in the commission by submitting photographs relating to political activity in their local area leading up to and during the election. This is something Simon did very successfully on We English.

"The aim is that by juxtaposing my interpretations of events alongside those of others it will provide an interesting interplay between my objective, large-scale compositions that will take in an entire scene and the more subjective, close-up photographs of the general public.

"Utilising photographs from digital cameras and mobile phones and creating an alternative photographic vision alongside my own will also add a collaborative and democratic dimension to the work. They will also help provide an antidote to the more stage-managed photographs increasingly seen from the campaign trails."

This part of the project also appeals to the Works of Art Committee chairman Hugo Swire, who said:

"Since the days of Hogarth, elections have provided artists with a rich source of inspiration. However, this is the first time we have commissioned a photographer and also the first time since we started commissioning election artists that the election itself has been so close. We are therefore very excited about what Simon Roberts is going to produce. Getting the public involved in the project also emphasises the democratic process Simon is documenting."

The public's photographs will be published on an online gallery, with some selected to be displayed at the official exhibition in the House of Commons after the election. You can find out on the project and how to submit photographs at the Election Project website. 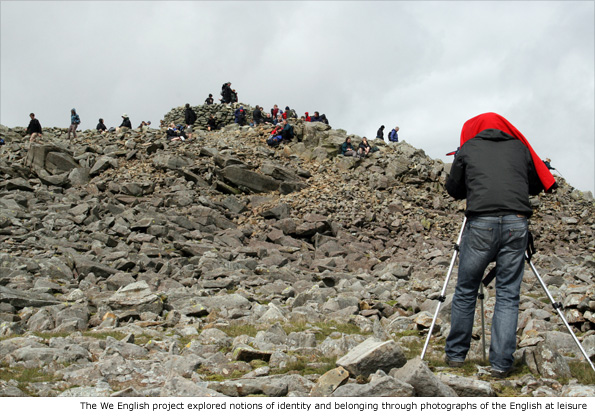