The price of a picture 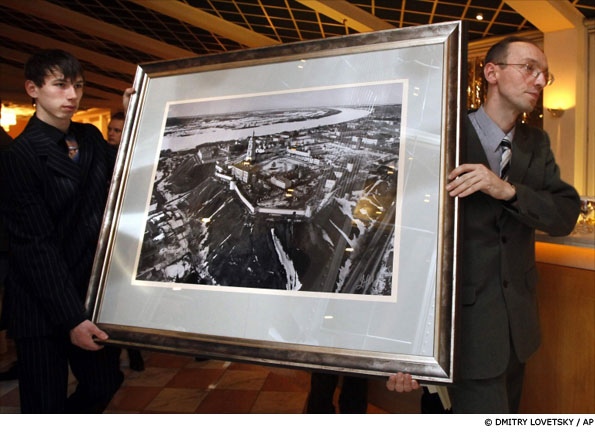 What makes a photograph valuable? The photograph above shows the white stone walls and towers of the Kremlin in Tobolsk, a town that is known as one of the final homes of Russia's last tsar and his family during the time of the 1917 Russian Revolution. It's a nice enough picture, but is it worth more than one million pounds?

That's the price Mikhail Zingarevich, a board member at Ilim Group, paid for it at a charity auction in St Petersburg. The proceeds will go to buy furniture for World War II veterans receiving long-promised apartments, equipment for a children's hospital and a new kitchen for an alcohol rehabilitation centre.

But why is this picture worth so much? Well, because it was taken by the Russian president Dmitry Medvedev who is a keen photographer. 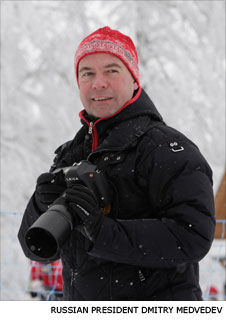 The name of the artist is always going to be what drives the price of the object, especially where photography is concerned as it is endlessly reproducible. But why spend thousands when a postcard or relatively cheap reproduction will look just as good on the wall of your home or office?

It's about ownership of the object as these pictures have ceased to be photographs; they are now consumer items, no different from a piece of furniture or a car, or even a collectable camera. The content is to some extent irrelevant, it's the connections potential buyers make to the object and its history. Owning the print does not bring any rights to use the picture, just ownership of the object.

Apart from great pictures, though from very different genres, these are historical documents with inscriptions on their reverse, a provenance and a connection to the photographer and in light of the price paid for the recent picture of Tobolsk would seem to be good value.

In an age of digital reproduction it's hard to see how pictures created today will gain this sort of value. I wonder how much Medvedev's picture will be worth in 50 years' time?