The English at leisure 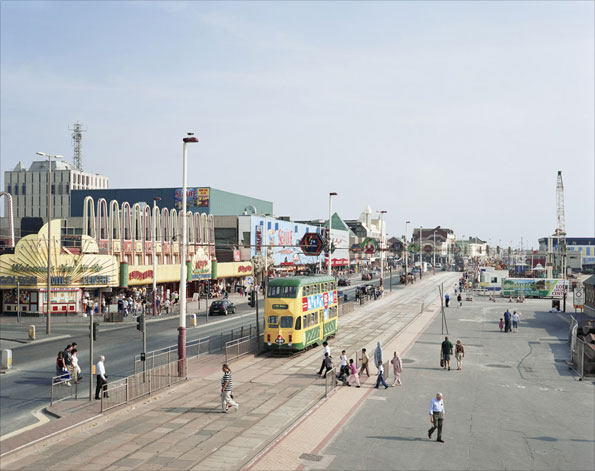 Many photographers feel that in order to take good pictures they need to travel - to work in societies other than their own. British photographer Simon Roberts has been there and done that - very successfully, I might add. He spent the best part of 2005 travelling across Russia with his wife, a trip that resulted in the highly-acclaimed book Motherland, something we reported on at the time.

Looking around for his next project, he fell upon the idea that many have had before him: to picture his home turf. And so he set out on what has become his latest book, We English. 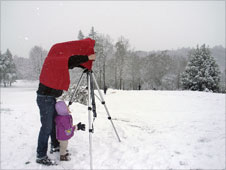 Any project, no matter what size, needs boundaries, rules, and a framework. Without this, it's hard to focus on the subject and often the result will fail to form a cohesive body of work. Simon says:

"I was acutely aware that there had been a long and rich history of documentary surveys by British photographers that had captured the social, political and cultural landscape of England and Britain. Work by the likes of Sir Benjamin Stone, Bill Brandt, Tony Ray Jones, Martin Parr and John Davies to name but a few.

"However, I was surprised by the lack of contemporary studies that had been made over the past decade. So it seemed like an appropriate opportunity to try and extend this important legacy, to explore themes of identity, memory, history and attachment to place - of belonging." 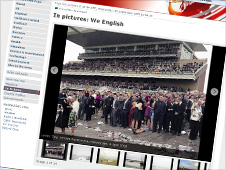 Simon decided right from the start to interact with his audience: he launched a blog and we ran a series of his early pictures on this site, asking readers to suggest places he could photograph. This was again within a set framework, he explains:

"The title of the project derives from the suggestion that photographer and subjects - we 'English' - are complicit in the act of representation.

"The key was to find my own unique visual language that wasn't derivative of the work that had gone before. I decided that I would move away from photographing the individual, which had played a major role in Motherland, and engage instead with the idea of the collective, of groups of people populating the landscape.

"It became my intention to produce a series of detailed colour landscape photographs, tableaux if you like, which recorded places where groups of people congregated for a common purpose and shared experience. And since landscape has long been used as a commodity to be consumed, I decided to focus on leisure activities as a way of looking at England's shifting cultural and national identity.

"I was interested in the fact that leisure is something we do very self-consciously, given that we have relatively little 'leisure time'. It therefore seems to say much more about us than our work, which for many is done out of necessity rather than choice." 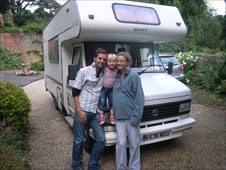 Following a few early research trips, Simon bought an old motor home and together with his wife and young daughter began a six-month journey around England.

Simon used an old 5x4 field camera, which he says "was quite laborious and often very public. I had anticipated that there might be problems in situations where there were lots of people close to the camera - like photographing on beaches - but by the time I'd finished setting up, any curious onlookers had lost interest and turned away, thereby allowing me to achieve very spontaneous images."

A project of this size can often take an unexpected turn and the final edit is sometimes the most challenging part. It's tough to step back from the creation of the photographs, allowing yourself to see the pictures in the way a viewer will, and not as you remember them.

Simon noted that he didn't set out to "produce a pastoral set of photographs", but during his travels he found that "even in the centre of towns and cities, people were often drawn to the green spaces, where there's a definite sense of going out into nature. The photographs often reflect that idea of a rural idyll, although they stop short of being outright romantic interpretations of a scene and - like the figures that populate them - they are conscious that this idyll is a construct: an allusion to an imagined way of life."

From my point of view, then, I think Simon has achieved all he set out to, and much more. The pictures are in themselves undeniably beautiful, but their real power comes from the collection as a whole.

To remove from the stream of time a series of moments that are instantly recognisable as being part of life in England is a real achievement, and one that will ensure this collection will become the defining study of life in England at the end of this decade. You can see a selection of Simon's pictures in a photo gallery here.

We English is published by Chris Boot and Simon Roberts will be discussing his work at HOST Gallery in London on Wednesday 14 October 2009, 6.30pm. 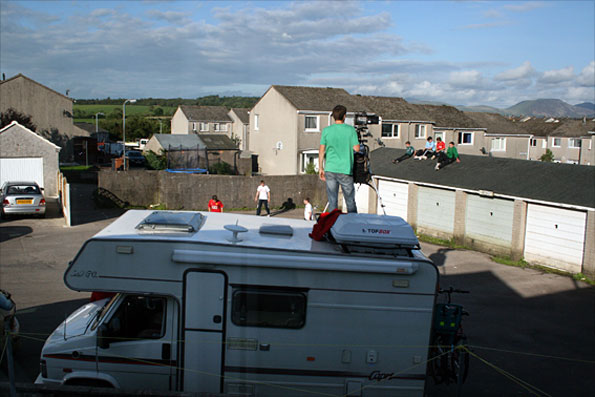