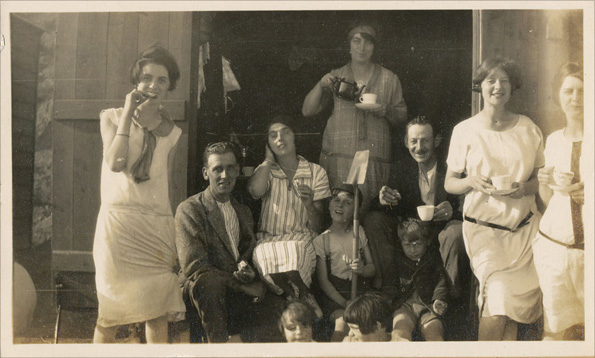 As time passes I find that my eye turns more often to pictures that depict little moments in people's lives. Photographs that capture the tales of a life passing, dreams realised, and those that just got away.

The family album is something we all treasure and is often cited as the item we'd grab if we were allowed to keep only one possession.

Yet, I'd guess we have all seen old family albums for sale at auction, in charity shops or at photographic fairs, and this seems odd, personal pictures so out of context, images of loved ones no longer remembered. How do they get there and what stories do they hold? 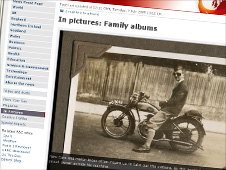 Dawn Parsonage is also interested in this field. Indeed she likes to collect things, pictures and children's books anyway. She is the proud owner of a large collection of children's books that were once owned by the late Spike Milligan, including one with an inscription from Peter Sellers.

Fascinating stuff, but of course my interest lies in her growing collection of old family photo albums, not her family you understand, those of strangers.

I asked Dawn to explain why she is drawn to collect other people's pictures:

"I'm fascinated by photography and social history so old photo albums are the perfect marriage of the two. They're windows into a day, a moment, a captured fraction of a second a long time ago that can tell you so much about the person and the time they lived in.

"I've been collecting old photo albums for 10 years now. It all started with a 1930s album and diary of a Brownie leader and her antics on camping trips I found in a market for £8. Some of the pictures are beautiful, some comical and some surprisingly modern.

"After that I kept my eye out for other interesting albums with images that were more than just the snaps on the beach, or pictures of the new baby. I love images that tell a story, which have humour; images that show the personality of the subject or the photographer, bringing the moment to life again.

"I think it's so sad that all these images could so easily have been lost. When I see a ripped album page I wonder what moments have already gone forever, and how long it will be until the photographs I work so hard to create and capture today are forgotten and lost too. I guess there's part of me that holds onto other people's memories and moments to give them a second life.

"I love photographers such as Robert Capa, and I guess these albums do a similar thing to his work, documenting life, but the difference being these were never published.

"In my bookshelves I have the album of a sailor who travelled to the Far East and proud of his ship, the Glaswegian who tried to document his city with the modern technology of photography, the woman who was amazed by the life sized inflatable elephant hovering over the corner shop and a picture of a hideous dress lovingly made and never worn again. I'd love to share all of these images and stories somehow, ideally getting a book together in the future.

"I not only collect these images but I also take photographs in the old way too, with a twin lens camera with no light meter. I guess the exposure the same way as they would have done for most of the images from my albums; this has so far worked well due to the latitude of black and white negative film.

"I love the silence and unobtrusive nature of my old camera, the preciousness of each image in this day of digital. There's something about old techniques that feel warmer, with more of an atmosphere to it, although it's difficult to put you're finger on why I love it so much really." 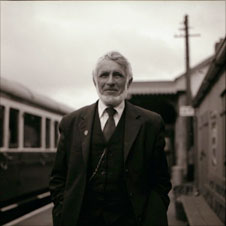 It's not just pictures of people, places too, photographs of record that are abandoned without any captions. Can you identify any of these found by Nicky Clark?

Pictures can be cruel, all photographs are in some ways about death, the moment that will never come again, mantelpieces dotted with children's faces, long grown and now hidden in the world.

Clarisse d'Arcimoles, who has just completed a photography course at Central Saint Martins College in London, has attempted to turn back the clock, restaging her own family pictures. The details are exquisite, and each frame took days to plan, yet for all that she notes that "what is being reconstructed is no longer reachable".

These frozen moments also play an important part in shaping our own history and can over time begin to shape our memories. Do we remember the event as it happened, or do we remember it because there is a picture of it?

That of course doesn't only apply to personal pictures, but also the grand moments of history, those split seconds caught by the lens that define whether a moment is important or not, but maybe that's a post for another time.

You can see a selection of the pictures Dawn has collected in a photo gallery here.