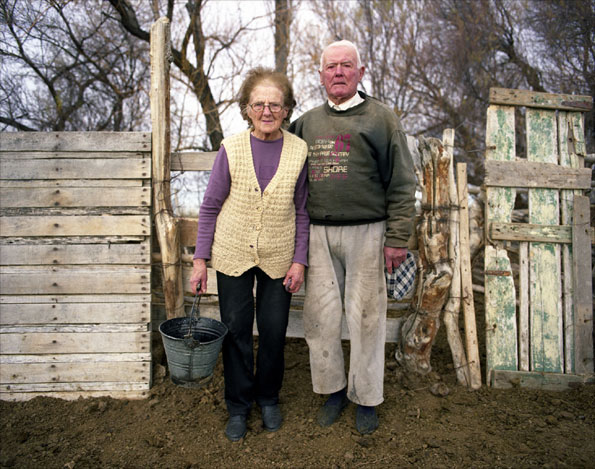 As you can imagine we get sent many pictures and photo essays and it's a joy to flick through and see what's arrived. Some images stand out, and one that did is the one above by Ed Gold. It's a picture I'd be happy to look at time and again and one I felt worth posting to my blog.

The picture shows Ada and Elfed Griffiths, part of a small Welsh community in Patagonia, and this enticed me to find out a little more.

Documentary photographer Ed Gold has an interesting approach to his stories and to say he likes to get close to his subjects is perhaps an understatement. His latest project has meant a three year stay in South America where he has been documenting a small Welsh community in Patagonia, descendents of the original group who arrived in 1865.

Prior to that Ed was based in for a number of years Anglesey documenting rural communities in Wales. Oddly enough though, Ed is from Essex and doesn't speak Welsh, but a television programme on the community in Patagonia was enough to convince him he should head in that direction.

His original intention was to stay for a month, but that soon turned into a year and then more, eventually driven by the prospect of publishing a book of his pictures from Patagonia.

Ed is currently in New York, I wonder which road he'll take next.

You can see more of Ed's work on his website, and if you've got a project you think I should look at, then please drop me a line via e-mail.