I've worked at the BBC for more years than it'd be sensible to own up to. Let's just say I'm on my fifth director general - not that I've met any of them.

Since 2002, I've worked on the picture desk at the BBC News website, as picture editor and photographer. It's a great job, and for anyone who loves still photography the place to be when working for the Beeb.

In that time, I've worked on many major stories: sometimes as editor pulling together pictures from the wire feeds, freelancers and indeed members of the public, and sometimes as a photographer.

I was on the desk for the London attacks in July 2005 and handled the pictures being sent in by our readers, many of which were to become iconic photos used around the world. 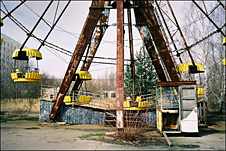 Since then, the use of pictures from what we now term citizen journalists has developed in ways that we couldn't have imagined when we first published a page asking for readers to send in their pictures of, well, anything. And before you ask, it was my mobile phone that received the MMS messages, plus lots of material I could live without.

As a photographer I work closely with the online team, producing stories from around the UK, and sometimes abroad. Recent years have seen trips to the Falkland Islands and Lebanon, but the the one I'm most proud of was a report on the 20th anniversary of the nuclear disaster at Chernobyl in 2006. A more recent project was with UK journalist Paula Dear looking at Britain's jobless.

Another format I've been exploring is the audio slideshow: here's one I shot and recorded in the Square Mile of London at the start of the downturn and a more conventional one produced with Raffi Berg from Auschwitz. 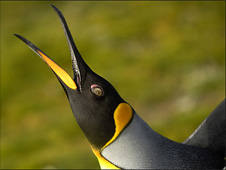 Prior to my time on the website, I worked as a picture researcher for news and, on occasion, light entertainment. Anyone remember the Jasper Carrot show? I also worked in the photographic archive as a librarian (a post now called media manager!) and then as manager of the archive team.

I helped introduce the BBC's digital photographic system which still provides us with many of the pictures we use on the News website. Throughout all of this time I snapped many photocalls, shot stock images of everything you can think of, covered news events as well as taking portraits of guests on BBC shows for the library.

I hold a BA(Hons) in photography from the University of Westminster, where I studied under Andy Golding, Tom Ang and Gus Wylie.