AC Milan caught up with local rival Inter by clinching their 18th Scudetto with a 0-0 draw at Roma last Saturday, although they are still well adrift of the 27 titles won by Juventus.

The Rossoneri are generally considered to be worthy champions and you will not hear too many complaints from fans of other teams that they were robbed.

Yes, reservations have been aired about the quality of football at times during the course of this Serie A campaign - and Inter must have wished it could have been extended another month or so after their terrific run over the second half of the season.

In truth, however, their chance of winning a sixth successive title really came to an end when they went down 3-0 in the Milan derby at the beginning of April.

The understandable elation in the red and black half of the city has yet to subside but Milan and their president Silvio Berlusconi have already taken stock of the situation. 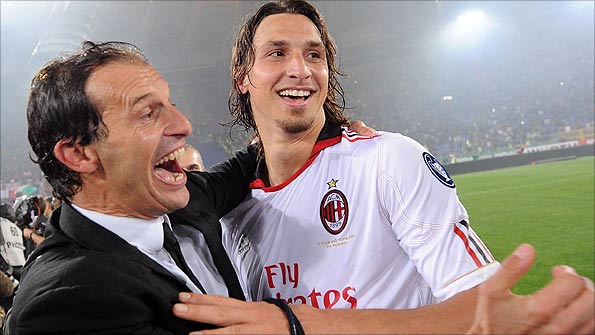 Despite winning their first league title since 2004, the reality is that in recent seasons they have fallen badly short on the European stage. In the last three years they have not able to compete with the likes of Manchester United, Barcelona and Real Madrid, despite their illustrious history, and that reality seems to have finally dawned on Berlusconi, who has ambitions to win the Champions League once again.

This season, Milan went out to Tottenham in the last 16, the third time in four seasons they hade exited at the same stage and each time to Premier League opposition, a far cry from earlier in the decade when they were twice Champions League winners, with their 2007 triumph against Liverpool taking their tally to seven in total.

The team's deficiencies were also laid bare earlier this season when Real, who in truth were still finding their feet after the arrival of Jose Mourinho, beat them 2-0 in the Santiago Bernabeu during the group stage and then drew 2-2 in Milan after dominating the first half.

Too old or too slow has been the usual criticism of Milan in the last two to three years, as various icons have gradually reached their sell-by date. It's an easy attack to make but, in this case, it also looks like an accurate one.

Filippo Inzaghi's strike rate has naturally diminished as time has gone on, despite the occasional marvellous reminder of the striker he used to be, such as his two goals in the aforementioned draw with Real.

Defenders like Alessandro Nesta and Massimo Oddo have lost their speed, even if they can compensate against less testing domestic opposition with vision and anticipation, and even the indefatigable Clarence Seedorf has become less-and-less effective in the last two years.

Berlusconi finally put aside his reluctance to open his wallet last summer, which many astute pundits believe was one of the root causes of their lack of continental competitiveness from 2008 onwards, a period when their rivals across the Mediterranean were spending millions of euros in the transfer market.

Milan added to their forward line by signing Zlatan Ibrahimovic and Robinho, and boosted their strikeforce again when Serie A bad boy Antonio Cassano arrived in January, but now the time has come to address other areas if they are to challenge seriously in Europe.

Veteran defenders Nesta and Marek Jankulovski look set to part company with the club, although the latter has hardly made much of a contribution this season.

Midfielder Andrea Pirlo could also be leaving in the summer if Italian media reports in the last few days are to be believed, with Il Corriere dello Sport reporting on Thursday that Juventus have signed him on a three-year contract.

It would also be no surprise to see the likes of Gianluca Zambrotta and Gennaro Gattuso reduced to subsidiary roles next season as Milan coach Massimiliano Allegri rings the changes in the hope of making an impact on the Champions League again. 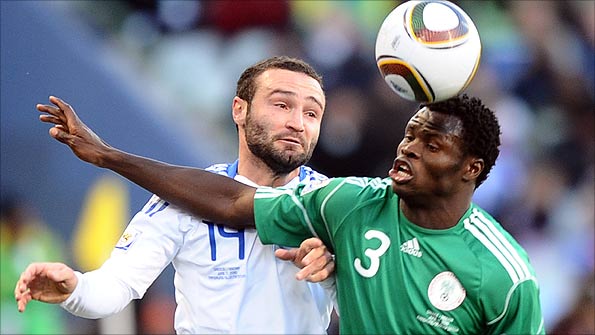 With the domestic league tile secured, Milan moved swiftly into the transfer market this week to make the first two signings of what could become a deluge, Allegri announcing that they had acquired Roma's Philippe Mexes and Marseille's Taye Taiwo.

Mexes announced he was leaving Roma last month, and Milan was always his likely destination, but the signing of Taiwo came as a slight surprise as several other clubs, including Real Madrid, were thought to be chasing the Nigerian international defender.

"For the defence we have bought those two players and I think we are fine like this. We will see later for the midfield and attack," said Allegri.

Rumours are now rife about which other players may soon be on their way to Italy's second city.

"We have already bought Mexes and Taiwo, but I do not do names. But we'll definitely buy some more players, the squad will be further reinforced," added Milan chief executive, and Berlusconi's right hand man, Adriano Galliani.

Other names being thrown around have included the Brazilian pair Ganso, from Santos, and Kaka, who might be on his way back from Real to Milan, where he spent six seasons and was three times the Serie A Player of the Year as well as the 2007 Fifa World Player of the Year.

Allegri has made no secret of the fact that he admires both men.

"They are both great players. For Kaka, his career speaks for itself. Ganso is still young and has great quality, but if he comes to Europe he will have to show a lot more," added Allegri earlier this week.

In their search for a creative midfielder, super-talented Argentine teenager Erik Lamela of River Plate has apparently been lined up as plan B if they can't get Ganso.

It looks like a summer of upheavals ahead in and around the San Siro after Galliani's confirmation that they could be this summer's big spenders among Europe's top clubs.