Who's in your Uefa Team of the Year?

When I blogged about the candidates for the Ballon D'Or in October, a lot of you suggested Fifa had gone for overkill by drawing up a ridiculously large list of 50 players in contention for the award, which has since been whittled down to the Barcelona trio of Xavi Hernandez, Andres Iniesta and Lionel Messi.

Well, Uefa, never one to let the grass grow beneath its feet when it comes to emulating its global counterparts in Zurich, has put forward 55 players - five for each position - for the 10th edition of the Uefa.com Team of the Year, plus the five nominations for the coach of this hypothetical team.

However, unlike the Ballon D'Or recipient who is voted for by a closed constituency of national coaches, captain and journalists, at least the public get the chance to say who they think are the best players on the continent over the last 12 months. 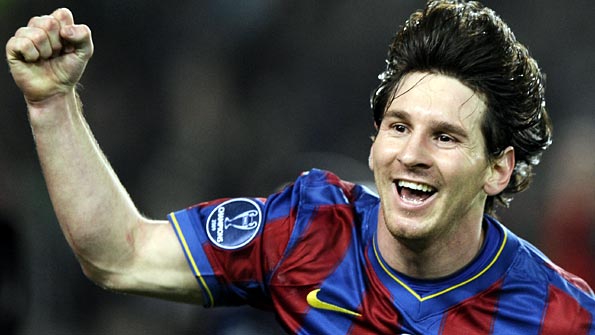 Messi has enjoyed another outstanding year for Barcelona. Photo: AP

Uefa claims more than 4m votes were registered last year, while a total of 16m have been cast in the nine years of the poll so far. European football's governing body will no doubt hope for record numbers this year, although I cannot find out when the closing date is, having looked at Uefa's website. In other words, don't spend too long pondering over your choices if you want to participate.

Happily, at least in comparison to Fifa, which ignored players whose country did not make it to the 2010 World Cup in South Africa, Uefa has also included the likes of Welshman Gareth Bale (Tottenham) as well as Norway's Brede Hangeland (Fulham) in its initial list of candidates.

One flaw is that Uefa has stuck rigidly to a 4-4-2 formation and each player has only been nominated in one position. I would have liked to have picked Real Madrid's Cristiano Ronaldo up front in a 4-3-3 formation but I have got to settle for him being a right-sided midfielder - and that means leaving out Bayern Munich's Arjen Robben.

Angel Di Maria is also listed as a left-sided midfielder but the Argentine has played predominantly on the right since joining Real Madrid in the summer from Benfica. As for Bayern Munich's Philipp Lahm, he is among the nominations at right-back, which is perhaps a testament to his versatility but also to the constraints of the voting process as the German international was a left-back in the Uefa.com teams of 2006 and 2008.

It seems a bit like voting in a general election but stipulating that your local MP can only become foreign secretary if he or she is asked to join the cabinet.

One of the noticeable things about Uefa.com Teams of the Year is that the majority of the recent line-ups have been made up of European players, even though players from other continents are eligible if they are featuring for a European club side.

Last year, only the Barcelona pair of Messi (Argentina) and Daniel Alves (Brazil) came from beyond Europe's frontiers. Messi was the lone non-European in 2008, while Alves and Chelsea's Didier Drogba (Ivory Coast) made the grade in 2007.

The health of European football at the very highest level is clearly very robust, although my selection this time around has three South Americans in it.

There were certain positions that seemed to be replete with quality, particularly the four slots in midfield. It was very hard to leave some people on the bench. However, there is a slight lack of true world-class quality in a couple of positions.

Real Madrid's Iker Casillas, a World Cup winner with Spain, looks like a good bet for his fourth consecutive selection as Europe's leading goalkeeper but this has not been a vintage year for the men with the gloves. 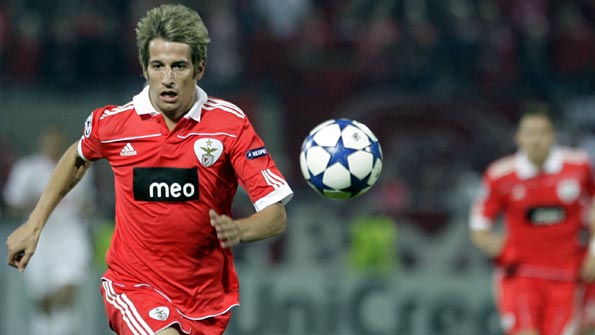 The same appears true at left-back. I went for Benfica's impressive Fabio Coentrao - and I would put serious money on the Portuguese defender being at an Italian or Spanish club this time next year - but there was no-one else that really grabbed the attention, definitely not a Paolo Maldini or a Roberto Carlos, although Ashley Cole, who made the team in 2004, has been nominated again.

Personally, I would take things a step further than simply naming a team. I would like to see Uefa make an effort to bring the chosen players together in a real flesh and blood side, perhaps taking on another continental selection in a charity game. It would be great to see the team in action, even in a less-than-full-throttle friendly, against counterparts from South America, Africa and Asia.

Could it happen? Uefa certainly has the money to make it a real headline-grabbing event. All it needs to do is bring forward the voting by a few weeks and capitalise on the traditional winter break. Plenty of friendlies take place at this time of year already, often involving the players who have been named in the Uefa Team of the Year.

Obviously, a packed Premier League programme over the holiday period would tend to exclude players at English clubs but, sadly, you cannot have everything. However, if the rest of Europe think along the same lines as me - this year, at least - and do not vote for any Premier League players, then that would not be a problem anyway!

Comments on this blog in the space below. Other questions on European football to: europeanfootball@hotmail.co.uk

I'll be answering some questions in the new year. I don't need your full address but please put the town/city and country where you come from.