Strange as it may seem, Inter Milan's Champions League semi-final second leg at Barcelona on Wednesday may ultimately be viewed as a defining moment in Jose Mourinho's career.

If Inter progress after their 3-1 win in the first leg, the Italians will start as the favourites when the final takes place on 22 May and Mourinho will have a fantastic chance to deliver what he couldn't do at Chelsea.

However, if Inter lose in the Camp Nou - and a 2-0 win for Barcelona is certainly not an unthinkable scenario - he might then be regarded as a failure, possibly by many Inter fans and perhaps also by himself.

It seems rather begrudging to say that 'The Special One' could be considered an under-achiever after twice winning the Premier League while at Stamford Bridge and also the Serie A title last season.

He is closing in on a second successive Serie A crown, too. Inter lead Roma by two points with three games remaining after the latter's shock 2-1 loss at home to an inspired Sampdoria.

However, it is the Champions League which Mourinho and Inter fans crave. A second success, after winning with Porto in 2004, will give the Portuguese's career the validation it needs and present him with another chance to savour victory on Europe's top stage.

He was unable to do that first time around, famously leaving Porto for Chelsea before being able to celebrate the triumph with his team and fans in the Dragao. 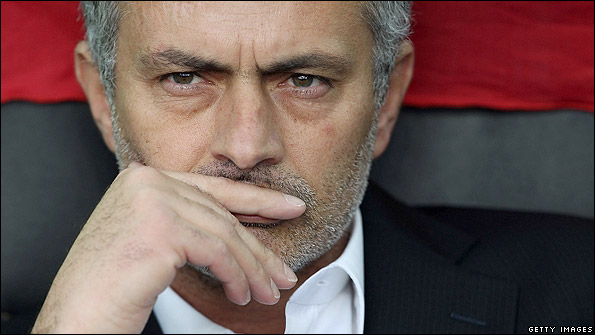 "I won the Champions League trophy but I never had time to touch it, I just kissed it," he said, upon his arrival in London. "I didn't have time to have my photo taken with it, that's why I want to win it again."

It did not happen during his time at Stamford Bridge but it may with Inter.

He stopped short of promising outright to Inter fans that their glory days in Europe would return and they would finally regain the bragging rights from local rivals Milan.

However, winning the Champions League has clearly been top of his agenda. The last of Inter's two European Cup triumphs came in 1965, while their last appearance in a final was back in 1972.

By contrast, Milan have won two of their seven European titles in the last decade and also made a third final, that unforgettable game against Liverpool in 2005.

If Inter fall short on Wednesday, it could result in Mourinho being encouraged to leave the Stadio Giuseppe Meazza, even if Moratti has to pay off some or all of the remaining two years of his contract.

Mourinho is widely believed to be the world's highest paid coach. A salary of €9.5m a year puts him in the unusual situation of being paid more than any of the players at Inter, including the likes of Samuel Eto'o.

Curiously, if both Inter and Bayern Munich fulfil the bookies' predictions and make the final, it could bring about an intriguing clash of personalities in the next few weeks.

Much has been written about Mourinho's relationship with Barcelona, but, if Inter and Bayern face off at the Bernabeu on 22 May, it will be the first time he has faced his former boss from his time at the Nou Camp, Louis Van Gaal.

Mourinho was Van Gaal's translator and assistant when the Dutchman became Barca boss in 1997 but, as an unwanted leftover from the regime of Bobby Robson, found himself surplus to requirements the following summer.

I wonder if Van Gaal has read the interview that Mourinho gave to Champions, Uefa's official magazine, in the summer of 2004 after taking over at Chelsea?

"During the day I worked as a loyal assistant but I arrived home to my wife a critic. I'd go on about how Van Gaal does this and if it were me, I'd do that," said Mourinho.

You might interpret Mourinho's comments as an admission of backstabbing during his last season at Barca, and certainly that's a word I recall being used in some of the Spanish media upon his departure.

At the time of the interview, Mourinho probably never imagined that one day he would be on the same side of the field as Van Gaal, just a few metres apart in their respective dugouts.

For the record, if Mourinho or Van Gaal were to win the Champions League it would make them the third member of a very select group.

Ottmar Hitzfeld and Ernst Happel have been the only coaches so far to win European crowns with two different clubs.

Hitzfeld did so in the Champions League with Borussia Dortmund in 1997 and then Bayern Munich in 2001. Happel led Feyenoord to victory in the European Cup in 1970 and then did the same with Hamburg in 1983. 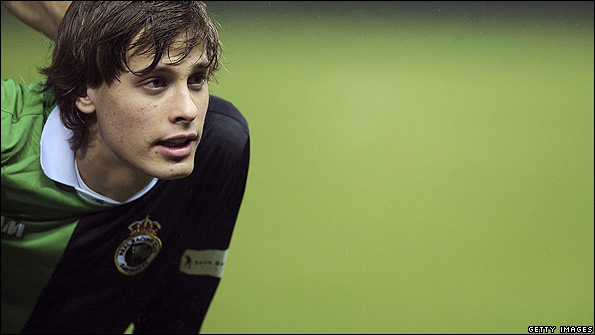 Comments on the blog in the space provided. Other questions on European football to europeanfootball@hotmail.co.uk. I don't need your full address but please put the town/city and country where you come from.

Here's a couple from the postbag.

A) To be honest, to talk about who is the most under-rated European player is an impossible task. How do you define under-rated for a start? There are some fantastic players in the lower leagues of Spain and Italy doing great jobs for their clubs and there are also players over-achieving for relatively modest clubs in the top divisions. A good example of the latter in Spain would be Deportivo goalkeeper Daniel Aranzubia or Mallorca striker Aritz Aduriz.

To show how difficult it is to answer such a question, let's move the analysis up a level.

The May edition of World Soccer has an article on "the unsung heroes, surprise packages and relative unknowns who could make all the difference in South Africa". Among the Europeans mentioned are Italy's Antonio Candreva and Portuguese goalkeeper Eduardo.

In my humble opinion, one of most over-rated European players, and I'll stick to those playing outside Britain, is possibly Germany and Real Madrid defender Christoph Metzelder.

He might have had a few decent games for Borussia Dortmund early in his career but, even taking into account his injuries, I've never understood why he is often mentioned as being one of the world's best central defenders.

Q) Sergio Canales has agreed to join Real Madrid (which I think is a bad move for someone so young to move to a club of that proportion) next summer of course but how good do you think he is/can become? Do you reckon he'll get a chance at Real Madrid?
Shahin Patel, London

A) A lot has been written about Canales. His potential is unlimited, especially as he's still only 19. Canales could be used next season as an understudy to Cristiano Ronaldo. If that happens, he'll get some occasional minutes as a substitute in La Liga and Spanish Cup games.

However, it's highly likely that he'll be loaned straight back to Racing for a season. This is widely believed to be one of the key points of the contract. After that, who knows what Real Madrid will look like and whether he will be wanted back at the Santiago Bernabeu. A lot changes in 12 months, nowhere more so than in Spanish football.