France, not Ferguson's successor, should be Blanc's future

To read some British newspapers at the weekend, it looks almost a done deal that the former France and Manchester United defender Laurent Blanc could take over from his mentor Sir Alex Ferguson.

Sorry, United fans, but others are in the queue to sign up Blanc before your club's owner Malcolm Glazer or chief executive David Gill get the green light from Sir Alex to lure him to Old Trafford as manager.

For a start, the French Football Federation (FFF) almost certainly has got designs on arguably the best European coach under the age of 45, with the possible exception of Barcelona's Pep Guardiola. 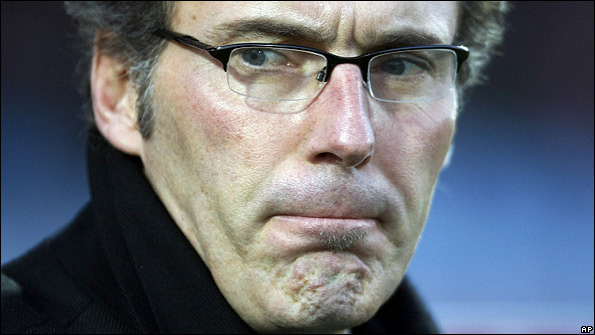 Ferguson has yet to set a date when he'll to hand over the keys to his famous wine cabinet at Old Trafford, from which favoured visiting managers are usually entertained.

By contrast, the tenure of French national coach Raymond Domenech is coming to an end sooner or later and Blanc is also now a clear favourite to take over the job after his outstanding work at Bordeaux.

After taking Bordeaux to second place in 2008, in his first year as a coach which earned him the French Manager of the Year Award, last season Blanc then guided them to their first Ligue 1 title in a decade.

This year, Bordeaux are back on top domestically with a 100% home record and he has taken them into the last 16 of the Uefa Champions League which, in turn, will leave one or the other of former winners Juventus or Bayern Munich out in the cold.

By contrast, with Blanc's star in the ascendancy, you don't need to be fluent in French to know that Domenech's days are numbered.

Just have a look at this article in the Irish Times, written in the wake of France's unimpressive 1-0 win over Ireland on Saturday and the coverage of him about storming out of the post-match press conference.

"There is tension in the room as Mr Domenech's relationship with the French media has utterly disintegrated," is one particularly damning sentence.

Domenech's relationship with the players and the French public, which had been on the slide since their disastrous showing at Euro 2008 and plummeted further since they started their Fifa World Cup qualifying campaign with a 3-1 loss in Austria, has also disintegrated as well.

It's not only journalists who have been saying that Domenech has lost the plot, it's now a matter of public record that Thierry Henry was publicly criticising his own coach in the team hotel last Friday, just a day before their crucial World Cup play-off.

If Ireland can turn the tables on France in Paris and eliminate the 1998 World Cup winners, few people I've spoken to imagine that Domenech will be in the job this time next week.

Even if Les Bleus make it to South Africa, nor is he likely to be in the job on 12 July, the day after the World Cup final in Johannesburg.

This leaves the door open for Blanc to conveniently take up the reins of the country for which he won 97 caps and a World Cup winner's medal, even if he was controversially suspended for the final. 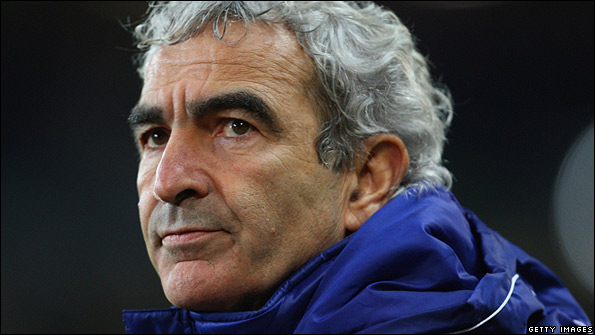 Trying to get a bit more Gallic insight into what Blanc is really like and how things stand in relation to him taking on the French job, I spoke to Pierre Ausseill, a senior journalist with the Agence France-Presse news agency.

"I think people in France will be surprised to see that Blanc's been so closely linked with Manchester United because he has been regularly talked about in recent times as a serious possibility as the next French coach," said Ausseill, who follows matters relating to French football very closely.

"He's cultured, intelligent, but a little bit cold. You can't compare him exactly with Arsene Wenger but there are similarities. I'd say he's got more of a northern European than a southern European personality.

"I can't see him leaving Bordeaux in December (if France do fail to qualify), that's not the way I would imagine Blanc would do things, but next summer would be the ideal time for him to move across to the national team.

"Most people think Domenech will be leaving after the World Cup, whether they win it or whatever the result. Of course, he took France to the World Cup final in 2006, but he's been hanging on since the disaster at the last Euro," added Ausseill.

So if Blanc decides to stay on home soil, who could take over from Ferguson?

It looks likely that United will appoint their first coach from the European mainland.(I've chosen my words carefully as I'm sure there are plenty of people out there who will point out that Frank O'Farrell was Irish not British.)

The name that keeps cropping up is Jose Mourinho, who remains extremely fond of English football. It wouldn't be the biggest surprise in the world to see Mourinho back at the helm of a big Premier League club.

Even if Blanc doesn't become the next French coach, he might still not end up at Old Trafford.

Not so long ago, there were a plethora of Spanish media reports suggesting that Zinedine Zidane had been bending the ear of his former benefactor and Real Madrid president Florentino Perez about his former team-mate.

Whatever happens, Blanc's quiet but decisive impact at Bordeaux has meant that he will have no shortage of suitors, with a lot of cash to offer, coming around next summer.