Happy days are, finally, here again at Sampdoria. There is a palpable sense of optimism sloshing around the Italian port of Genoa these days, with the feeling that Sampdoria are making a return to the glory days of the early 90s.

Helped by Gianluca Vialli's goals - he topped the Serie A scoring charts that season - plus the shot-stopping skills of Gianluca Pagliuca and the fancy footwork of Roberto Mancini, the Blucerchiati won their one and only scudetto in 1991.

Now, under new coach Luigi Del Neri, they have already spent a brief spell at the top of Serie A this season and currently lie second, just behind reigning champions Inter, who they have already beaten, only on goal difference.

Trying to get some sense of Sampdoria's renaissance, which comes just a year after finishing a modest 13th in the table and after spending some years at the start of the decade in Serie B, I put in a call to my friend Eric.

An American chum who has lived in northern Italy for many years, he gave me a relatively unbiased view of what is happening at the club that Arsenal legend Liam Brady once called home.

"It's mainly to do with Del Neri," said Eric. "He's always done well with clubs that have relatively little resources. Remember what he did at Chievo a few years ago. Sampdoria are also playing attractive football so the neutrals are all very happy to see them up at the top of the table, they are like everyone's second favourite club in Italy. 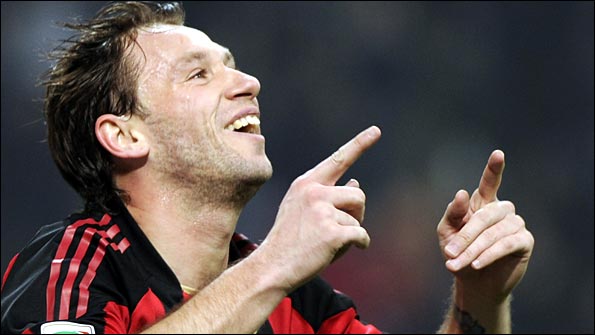 "Del Neri is clearly getting that little extra out of players like Antonio Cassano. He's probably the best forward in Italy right now, playing really well.

"Everyone knows of Cassano's reputation for doing stupid things in the past and that's probably why Marcello Lippi will still not bring him back into the Italian side. But people are clamouring for his recall, so I wouldn't be surprised to see him going to South Africa if he carries on playing like he is."

I witnessed Cassano's poor discipline during his two-year stint at Real Madrid. He got into public spats with then coach Fabio Capello and allowed his weight to balloon. Del Nieri's ability to persuade the 27-year-old attacking midfielder not to squander his considerable talents is a mildly remarkable feat.

To no-one's great surprise, though, Lippi left out Cassano again when he announced his squad on Sunday for the forthcoming World Cup qualifiers against Republic of Ireland and Cyprus.

In fact, the only Sampdoria player included in the Italian squad was midfielder Angelo Palombo. Nevertheless, Del Neri has clearly done a good job of getting a squad devoid of superstars - and perhaps too many inflated egos - to rise to the challenge this season.

Moving across the Mediterranean, I watched Atletico Madrid beat Zaragoza 2-1 on Saturday and caught up with Jermaine Pennant, the only British player currently plying his trade in La Liga, after the game.

Like Cassano, it's fair to say that Pennant has made some bad lifestyle choices in the past that have perhaps precluded him reaching his potential in the past.

However, he has now joined that very select band of Englishmen to have played in the top flight of Spanish football in the modern era, since La Liga's foreign transfer regulations were relaxed in 1973.

Pennant follows in the footsteps of the likes of Laurie Cunningham, Gary Lineker, Michael Owen and, of course, David Beckham. 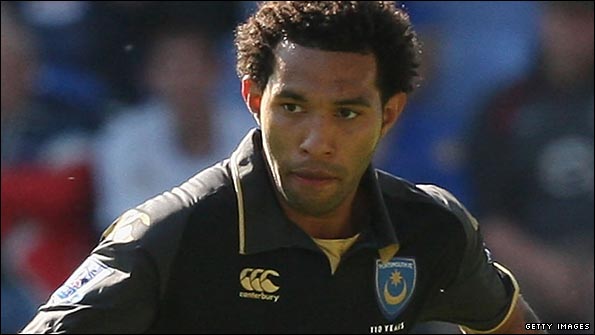 Pennant admits he is finding the Spanish language difficult to master

After a recent hamstring problem, he started on the bench on Saturday but looked quite sharp when he came on to the pitch 23 minutes before the end.

"I'm enjoying life in Spain," said Pennant, who, let's not forget, once set a British record for a trainee when Arsenal signed him for £2m from his home town club Notts County when he was just 15.

"It's a big change from England. The lifestyle and the language, it's all different, but things are going well and I'm taking things in my stride.

"The language is obviously the most difficult part, but I'm trying to learn it. The late kick offs (the game in the Vicente Calderon started at 10pm) I quite enjoy. You get a lot of rest before games."

His frustration at seeing little of the ball on Saturday was obvious, with his Zaragoza team-mates deciding, erroneously in my view, to try to forge their way through the centre rather than utilise his speed down the right wing.

But it's clear that Pennant, whose former clubs include Liverpool, Portsmouth, Birmingham City, Leeds United and Watford as well as Notts County and Arsenal, views Zaragoza, with whom he has signed a contract that lasts until 2012, as an opportunity to reignite his career.

And on Saturday, in the dungeon-like car park of the Calderon, just before he boarded the coach back to Zaragoza, there was a smile on his face.

"Why are there, over the last 40 years, only about five English players who have done well abroad. There's something going on here, something strange. It's something that I think is entirely to do with mentality," reflected Johan Cruyff not so long ago.

It's too early to tell whether the talented Pennant will join the elite band of success stories, but Zaragoza, the eighth club of his career and he's still only 26, could potentially provide him with redemption.