From the very instant the final words of congratulation left Sir Alex Ferguson's lips and headed in the direction of new Premier League champions Manchester City, the Scot will have fixed every fibre on reclaiming the crown.

And the eve-of-season signing of striker Robin van Persie from Arsenal marked what Ferguson hopes will be the defining moment in his fight to restore Old Trafford's supremacy.

Ferguson was keen to make a gesture of such significance that it would serve as a savage reminder to the new champions and anyone else daring to doubt his or United's hunger for continued success.

The signing of a player who illuminated the Premier League so brilliantly as the Arsenal captain last season, and who almost single-handled kept their campaign on course when it threatened to disintegrate, will do Ferguson nicely.

Indeed, such was Ferguson's determination to show how much United mean business, he laid aside his insistence on "value" in the market and paid £24m for the 29-year-old striker.

United have also agreed a not inconsiderable salary package over the length of a four-year contract.

An added bonus is that it was an open secret that his City counterpart Roberto Mancini would have loved to have made Van Persie one of his major summer signings.

The battle lines with City have been drawn - but will it be enough to get the title back from a squad of all-encompassing quality at the Etihad, a squad with attacking riches of their own in the shape of Sergio Aguero, Carlos Tevez (back on message and on solid ground according to close observers) and Mario Balotelli?

The signing of Van Persie signals a statement of intent by Ferguson. Photo: PA

Ferguson thought United had silenced the growing force he labelled "the noisy neighbours" by claiming title number 20 with victory at Sunderland as City faced devastating failure at home to Queen's Park Rangers in the closing seconds of last season.

The mask of desolation that spread across the faces of Ferguson and his players as they waited anxiously on the turf at Stadium of Light when Sergio Aguero confirmed City's first title since 1967/68 was an enduring image of that emotion-charged title climax.

Ferguson had hoped an inability to cross the line would inflict "untold" psychological scars on City that would take years to heal - instead the expensive renewal at the Etihad was confirmed in the shape of the Premier League and the task at Old Trafford became even greater.

The Scot hinted at the pain he insists will drive his players to feats of recovery they have accomplished before, bouncing back from the loss of losing the title Ferguson treasures, when he spoke during United's pre-season tour of South Africa.

Typical defiance from the greatest managerial streetfighter - but can Ferguson really take the title back to Old Trafford or is he simply attempting to turn back what many now regard as an unstoppable tide sweeping in his direction from Etihad Stadium?

The factor that must never be ignored at Old Trafford is the Scot himself. The Ferguson Factor is still their biggest weapon in an increasingly difficult battle.

In simple terms history tells us only a fool would dismiss Ferguson and United's status as the most serious of contenders to City - and anyone who does will only heap fuel on the fire that still rages inside the 70-year-old.

And while City will once again cast a considerable shadow, Ferguson can also point to shafts of optimism ahead of United's first test at Everton on Monday even before the signing of Van Persie.

The Dutchman's acquisition apart, Ferguson has injected energy, youth, intelligence and adaptability into his midfield with the signing of Shinji Kagawa from Borussia Dortmund while the arrival of gifted teenager Nick Powell from Crewe is a typical marker for the future.

Last summer's signings such as goalkeeper David de Gea and young England defender Phil Jones will be better for their Old Trafford experiences.

The young Spaniard was an increasingly assured presence after a harrowing introduction to the Premier League while Jones, despite a mixed second half of the season, has real pedigree.

The biggest lift of all will come with the return of inspirational captain and defensive lynchpin Nemanja Vidic after a serious knee injury robbed Ferguson of his presence for the last five months of the season.

Wayne Rooney can be relied upon to put his curtailed and disappointing Euro 2012 behind him once he returns to familiar territory at his club. Antonio Valencia continues to develop into an attacker of the highest quality while Javier Hernandez will be a potent threat.

This most demanding of managers will also be casting a keen eye on the likes of Nani and Anderson in particular - insisting upon the consistency and delivery United will need from all areas of their squad to ensure they challenge again. 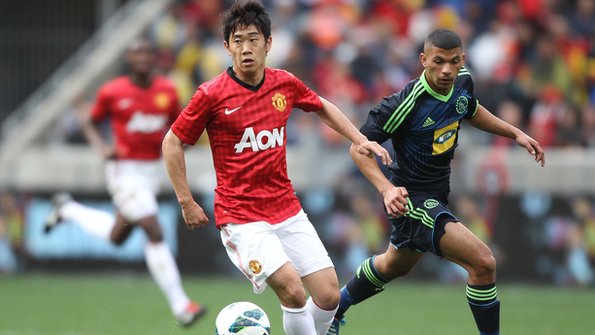 Ferguson has also confessed he will learn from his own mistakes last season, most notably when a desire to experiment with selection in the Champions League saw United fail to advance beyond the group stage for only the third time in 17 years.

For Ferguson and United, however, old doubts and questions remain about areas that still need to be strengthened in this team - even one that thought it had won the Premier League once more until virtually the final kick of the campaign.

The return of Paul Scholes last season after his brief retirement proved he could still be of service to United in central midfield while Ferguson's faith in Michael Carrick is clad in stone - but does he possess that truly high-class central midfield operator required to restore the measure of supremacy he requires at home and abroad?

Scholes is 37 and his great cohort in United's glory years, Ryan Giggs, is 39 in November. Ferguson has shielded them expertly from the advance of time - but it is an inevitability that their influence will wane.

The time is coming for Tom Cleverley to put his injury problems behind him and show he is worth the rave notices so many give him - but this central area is still in need of attention.

United, though, will be a force once again and those tempted to write them off may need to be reminded that, as well as the newly-arrived Van Persie, they still have that most deadly of weapons in their arsenal - a wounded and angry Sir Alex Ferguson.