The conclusion of Euro 2012 was marked by Spain's magnificent victory against Italy and a noisy party that was still in full swing as dawn broke behind the vast bowl of Kiev's Olympic Stadium.

And after a tournament that started amid fears of hooliganism and racism, both Ukraine and Poland had every right to celebrate an event that did both countries great credit.

Logistical problems and prohibitive travel prices meant empty seats at many games - including the final that brought Spain's 4-0 masterclass. This was a real shame as every unoccupied yellow and blue seat at that final represented a missed opportunity to witness something special.

This was, however, a wonderfully enjoyable tournament, on and off the pitch. From the searing heat of Donetsk's Donbass Arena, through Warsaw and on to exciting, edgy Kiev for the final, the people of Poland and Ukraine were friendly, welcoming and unfailingly polite and helpful. 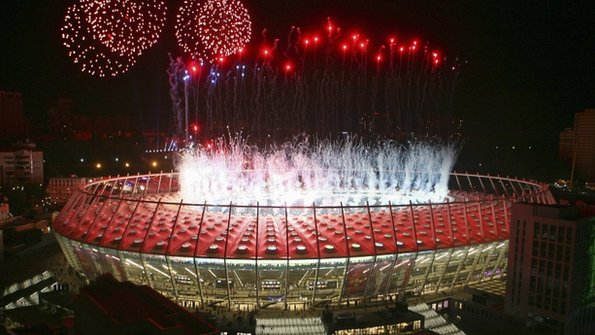 Fireworks mark the end of Euro 2012 in Kiev. Photo: Reuters

Volunteers in fanzones and at venues were keen to seek views and approval of their cities and such was their enthusiasm and determination to ensure Euro 2012 ran smoothly that approval was always given. So often the conversation went: "What do you think of our city? Please come back." Perfect hosts.

On long travels through both countries, opposition fans were welcomed and even the early exit of co-hosts Ukraine, witnessed at close quarters when England won at the beautiful and modern Donbass, was accepted with sportsmanship and good grace.

One of the most memorable scenes was played out while waiting to watch Poland's pivotal qualifier against the Czech Republic. Everyone in the small restaurant stood, some close to tears, as the national anthem was played. It was an intoxicating mixture of passion and national pride.

It was a chance for all of us to embrace history, and the visit to Auschwitz and Birkenau was something that will leave an impression forever on all of us who took the emotional trip. Unforgettable.

And to be based with England in Krakow was to see the benefit of being in the city centre and being prepared to engage with the local community. England were good tourists and Poland welcomed them.

This was a more relaxed England, helped by manager Roy Hodgson's urbane, mature approach and perhaps by the acceptance that a place in the last eight, and an almost inevitable loss on penalties to Italy, was par for the course.

Low points were few and far between, although they included the moment BBC Sport's chief football writer almost fell foul of the (very large-hatted) forces of law in Kiev while trying to defend the honour of veteran comedian and England brass band member Bernie Clifton. The potential loss of liberty might not have been a price worth paying, sacrificed for a former "Crackerjack" host, best known for his attachment to a fake ostrich. 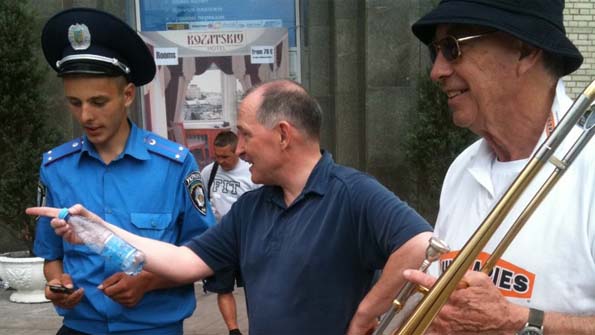 The quality of football produced by the 16 teams made a nonsense of the planned extension to 24 countries in 2016. The beauty of the Euros is the absence of easy fixtures - there is no bedding in, no chance to make slips and still have plenty of time to make up for them.

Spain were the right winners while Italy's renaissance under coach Cesare Prandelli offered the promise of one of the old powers returning. Germany looked formidable only to slip in the semi-final, while the Netherlands' dismal failure to advance from the group stage was a major surprise.

Of course, players make tournaments and Euro 2012 will be remembered for stellar performances from the likes of Italy keeper Gigi Buffon and Spain's Jordi Alba, who showed in every game why Barcelona were so keen to bring the graduate of their famous La Masia youth academy back from Valencia.

And then we had the wonder of the elder statesman of Italy, Andrea Pirlo, controlling against England then delivering a performance of such majesty in the semi-final win over Germany that man-of-the-match adjudicator Peter Schmeichel handed over the award with the words: "Tonight we have seen a piece of art."

Portugal's Cristiano Ronaldo threatened to make this his tournament only for it to end in the bitterness of seeing the penalty shoot-out lost against Spain without him even able to take a kick. This was one of the great miscalculations of Euro 2012 and could haunt player and country for years to come. 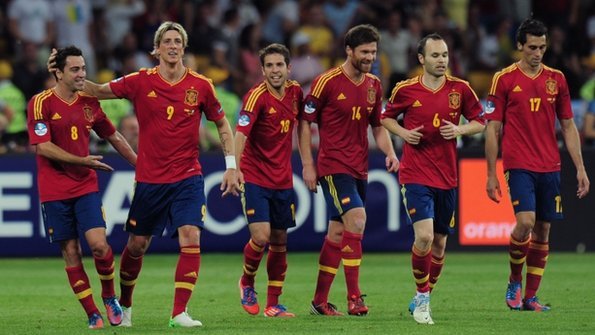 The greatest ever? This Spain team will go down in the history books. Photo: Getty

The last bouquets, however, must go to the winners. Spain's display in the final will ensure, above anything, that Euro 2012 lives forever in the memory.

Euro 2012 will be remembered for Andrea Iniesta, Xavi, Alba and their colleagues - for the so-called "boring" Spain side that produced a performance that will warm everyone when they cast their mind back to this tournament.

The people of Poland and Ukraine deserved their tournament to have that finale - fine people who staged a fine tournament won by arguably the greatest international team the game has ever seen.