Arsenal may have been shocked by the timing and content of Robin van Persie’s statement announcing he will not sign a new contract – but in reality it was a fear finally realised.

Van Persie’s reluctance to commit his future to Arsenal and the failure of his meeting with manager Arsene Wenger and chief executive Ivan Gazidis to successfully resolve the matter meant the end was always in sight.

And while there was loose talk after the announcement that Van Persie and Arsenal could see out their remaining 12 months of contractual obligation, the tone of the 28-year-old’s message surely signals the end of his career at Emirates Stadium.

He left little or no room for manoeuvre as he displayed an obvious lack of faith in Arsenal to take him where he wishes to go and win the trophies that have eluded the Gunners since 2005.

“In this meeting,” he said, “it has again become clear to me that we in many aspects disagree on the way Arsenal should move forward.” 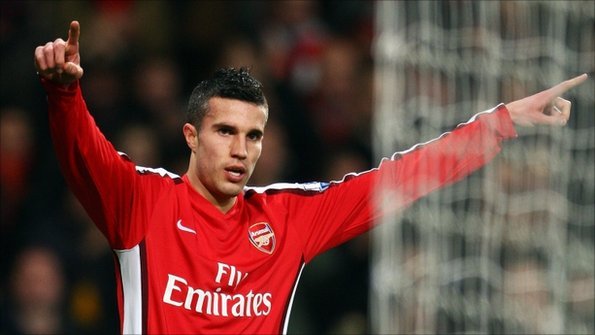 Van Persie has announced he will not sign a new deal with Arsenal. Photo: Getty

The tone brooked no argument. Arsenal, it seems, no longer fit in with Van Persie's desire for success.

It now seems certain they will be required to replace the weight of Van Persie's goals – 41 in 53 games for club and country last season – rather than add to them.

Wenger might just have expected his treatment from Van Persie to be a little more sympathetic, at least publicly. He showed commendable support for Van Persie throughout so many injury-troubled early years at the club and ultimately made him captain.

He may have been peerless in recent times but Arsenal’s fans have a case when they state it has not always been like that.

Van Persie was well within his rights to state he was not going to agree a new deal but the embellishment of his statement with a carefully aimed shot at the club’s hierarchy could be deemed as unnecessary.

He brutally put Arsenal’s aspirations into sharp focus and renewed the worries of supporters who fear they are falling behind the elite after watching Samir Nasri secure a Premier League winners’ medal after his move to Manchester City last summer, when they also saw Cesc Fabregas finally return to Barcelona.

And the fear now is that Van Persie will follow the path taken by Gael Clichy, Emmanuel Adebayor, Kolo Toure and Nasri and move to Manchester City.

The champions will have no problem satisfying Van Persie’s wages and ambitions – although City might not be keen to pay a Premier League premium for a player who is 29 in August and has, lest we forget, had plenty of injury problems in the past.

If he maintains his form, he would be a devastating addition for City and a painful reminder in very close proximity of what Arsenal once had.

Arsenal and Wenger will be desperately disappointed with Van Persie’s statement as it merely adds to the suggestion that they have been cut adrift from the real superpowers, company which they occupied comfortably for so long.

If Van Persie goes this summer, as he surely will, another of their crown jewels has disappeared and it is hard to see how Wenger – who in recent years has not quite been the alchemist he once was – can compensate for his absence.

The other dilemma for Arsenal is whether they can seriously take a stand and keep a player who has expressed such public dissatisfaction.

And what is the point of losing out on a handsome fee in exchange for a player who will have lost the affection of so many supporters in an instant and who clearly wishes to be elsewhere?

The logical option is to sell to the highest bidder, which is likely to be Manchester City. Arsenal would presumably prefer to sell abroad but all the best cards lie in Van Persie’s hands.

Wenger has faced many challenges in the recent barren years as top players have left, often despite his claims they were staying until virtually the moment they went through the door, but he will have faced few bigger than this one.

Arsenal have had enough trouble winning trophies even with Van Persie’s magical flourishes, to try to do so without them is quite a task even for Wenger’s powers of management and motivation.