Phil Jones was not even halfway through his day's work for Manchester United at Loftus Road when the latest lofty comparison landed on his head.

Everton's former Manchester United defender Phil Neville - tweeting in his guise as someone called @fizzer18 - announced that the 19-year-old had shown enough in a central midfield role in the 2-0 win to be placed in the same category as "a young Roy Keane."

Sir Alex Ferguson will greet this more favourably than Jones being likened to an old Roy Keane after Manchester United's manager had his ears singed by the most unflattering of personal verdicts from his one-time voice on the pitch in a searing morning newspaper interview.

Keane was a player and captain of unquestionable greatness, but he joins an ever-lengthening list as prominent figures within football grapple with the task of finding a pigeonhole for the prodigiously talented youngster Ferguson lifted from Blackburn Rovers for a bargain £16m in the summer. 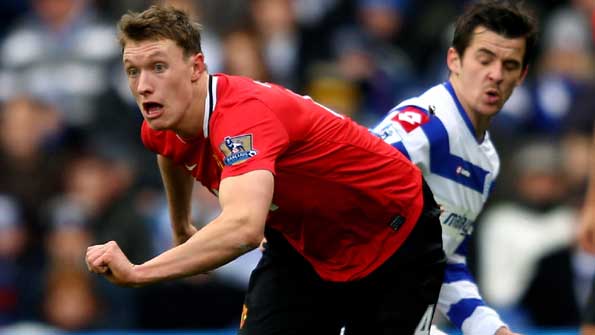 Jones is a young and talented player with a huge future in the game. Photo - Getty Images

England coach Fabio Capello, a stranger to over-statement and exaggeration, suggested Jones may eventually be only the third player of such versatility, outstandingly and equally gifted in central defence and midfield, that he has worked with. The others? The great Italian Franco Baresi and Real Madrid legend Fernando Hierro.

The other half of the Neville brothers, Gary, says: "Jones has a touch of Bryan Robson or Roy Keane." Wolves boss Mick McCarthy's choice was framed by his Republic of Ireland heritage as he lined up Jones alongside Paul McGrath.

And the greatest compliment of all came when United's 1968 European Cup winner and still avid Old Trafford observer Pat Crerand said: "If you talk to Sir Bobby Charlton, Phil Jones reminds him of Duncan Edwards with his power and build."

So there you have it - just about the identikit Old Trafford superstar with the picture assembled from the pieces and personality of United's legendary names.

Greatness can never be judged at Loftus Road in a routine victory, but the pace and power shown by Jones in west London was further confirmation that, despite the rough edges that have been all too obvious in United's Premier League campaign and their Champions League failure, this is one of the game's gems just waiting to be fully polished.

In time the comparisons will stop and Jones will not be the "new" anyone and simply become, well, the first Phil Jones, a young man superbly developed at Blackburn Rovers and taken on to the next stage of his career by Manchester United.

After United slipped out of Europe's elite competition, it has become even more obvious that Ferguson must address a lack of A-List quality in central midfield - but you can guarantee Jones will happily shoulder the burden until reinforcements arrive.

He, along with Michael Carrick, dominated the central areas of Loftus Road on Sunday. The difference came when Carrick added to Wayne Rooney's header in 52 seconds by scoring his first United goal in 70 appearances, while Jones was frustrated by Radek Cerny's brave block in the first half and struck the woodwork in the second. 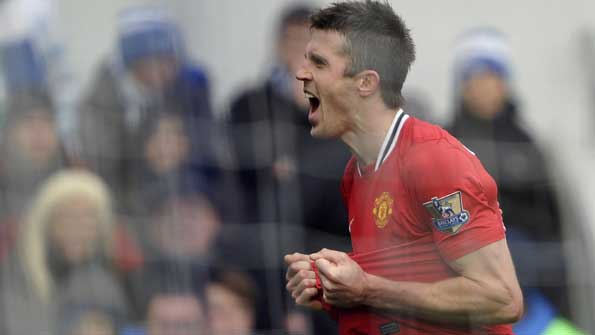 Jones is a work in progress. In defence his positions and angles can go awry, while a natural sense of adventure - allied to great self-confidence - can leave United exposed.

He will face far greater tests than those presented by QPR, who were game but limited and are now straying into dangerous territory at the wrong end of the Premier League. But he is coping admirably with a steep trajectory of his education.

United's season can hardly be described as being in crisis after a win that returned them to the top of the league, albeit briefly, but there can be no disguising the blow that their Champions League exit inflicted upon the club's pride and their season.

They have recovered with six points from two games they would expect to win, while Ferguson falls back on old beliefs that his side will come on stronger after the turn of the year.

And it is certain he will lean heavily on the powerful frame of Jones. For now in central midfield with Darren Fletcher and Anderson absent and, you suspect, in defence with Nemanja Vidic out for the season.

Rio Ferdinand and Jonny Evans, plus the increasingly susceptible Patrice Evra, looked vulnerable under what occasional pressure QPR applied and pretty much all the good judges named above believe Jones will eventually settle as a defender.

This was a highly satisfactory win for United and continued what will be a slow rebuilding of fractured confidence after the trauma of Basel - as well as timely reminder to their rivals as they glance at the league table.

Since the humiliation of the 6-1 home defeat to Manchester City, United have won six league games out of seven.

Ferguson brought stability by naming an unchanged side, saw Carrick show the positive side of his talent when too often he is subdued, as well as watching Rooney provide proof that he must never be restricted to midfield unless in an emergency or a last resort.

The first 45 minutes brought moments of anxiety but the second half was a stroll to three points, a late wasted chance for QPR substitute DJ Campbell apart. It was as close to routine as it comes.

QPR boss Neil Warnock has a side of tenacity and honesty, but he will look to the January transfer window to solve a problem that has brought only one league win at home, against Chelsea, this season.

United's priorities lie at the other end of the Premier League and Jones will, literally, be central to those ambitions.