The man who stuck by Ashley Young

When Ashley Young pulls on a Manchester United shirt it will be a proud moment for the mentor who stood by him when his career was in jeopardy - and not just because he has moved on from the battered green Ford Fiesta that was once his ramshackle transport to training.

Chris Cummins was the voice that spoke up for teenager Young when Watford were on the verge of casting him aside amid fears that his slight frame was not designed for the rigours of the professional game.

Cummins - now working with youngsters at Reading - had guided Young since he arrived at Vicarage Road as an eight-year old and insisted he had the ability and footballing intelligence to make up for lack of stature.

Former Watford and England manager Graham Taylor, who brought Cummins in as youth development officer, credits him with the show of faith that set Young on the path to England honours and Old Trafford now that he has completed his move transfer from Aston Villa. 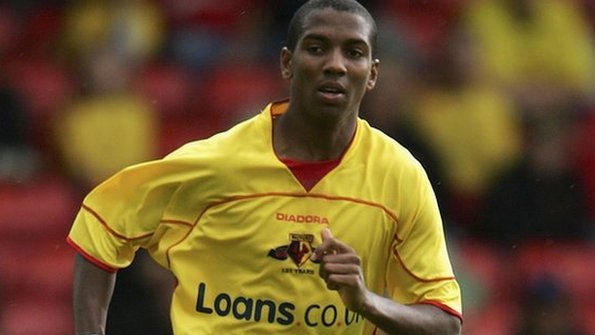 Young was sold by Watford to Aston Villa in 2007. Photo: Getty images

Cummins is justifiably proud of how his judgement on the fledgling Young has been vindicated, but he is equally keen to highlight the part played by the winger and his supportive parents Sharon and Luther.

He still keeps in contact with Young and admits there will be a genuine sense of joy and pride when Cummins meets up with his parents for a cup of tea next week.

He told BBC Sport: "Ashley came to Watford as a young lad of eight and worked his way through the system. His attitude to training was first class. He never missed a session, had great ability and from a very early age you could see how bright he was as a footballer.

"When he got to 15 or 16 there was a school of thought at Watford that he wasn't big enough, strong enough or quick enough to make a professional footballer. I felt I knew him best from working with him and thought he had bags and bags of ability. I really felt there was something there and I think you have got to trust the people who work with the players more than anyone else.

"I'm not one of those that believes you have to be six-feet plus to be a good footballer. I just saw a fantastic footballer and luckily they listened to my opinion about Ashley and kept him there.

"I think even he might say he struggled a little physically in his upbringing in football and have a little smile or perhaps even a wince when he looks back at some old photos but he has blossomed and all that natural ability is still there. He listened, took the knocks and proved people wrong. He has proved his character and his ability and I couldn't be more pleased for him."

Taylor, who had two spells as Watford manager, told me: "I was in charge when Ashley was in the academy, so I knew about this young boy we had. When I left he was in the process of coming through at youth level and it was decided by the people there that he wasn't going to be big enough or strong enough to hold himself in professional football.

"Chris Cummins was adamant that Watford should not let him go. They didn't offer him a professional contract, so Ashley asked Watford if they would they let him come in and train on a full-time unpaid basis with the youth team from the start of the season until December, also playing for them.

"He did it for nothing and they then realised that he had developed into their best player at youth level and they offered him a professional contract. They then sold him to Villa for £8.5m going up to £9.6m, and now he has moved again Watford get 15% of anything over that figure. Chris Cummins deserves a lot of credit for that."

Watford are now on course to claim that windfall as a welcome financial benefit from the shrewd judgement of Cummins.

He recalled: "Ashley could have gone off to a lower league club and I would have tried to find him one, but he came back and trained with the under-16s and the rest, as they say, is history - he is now a world-class player at a wonderful club like Manchester United.

"One of the big stories in Ashley's background was when David Platt was running the England Under-21 team and needed a player for a practice match. We had a youth match at Watford and Ashley wasn't playing so we sent him over and the reports we got back was 'this kid Ashley Young was fabulous'.

"He then got his opportunity at Watford thanks to Ray Lewington and he proved our point that you don't have to be a giant to make it at the highest level in football. I'm a great believer that the brightest players, in footballing terms, make the best players and Ashley is a case in point.

"If you told him something in a training session he picked it up right away and his football brightness was phenomenal, even as a little 'un. This is now shown in his ability to play in numerous positions, a quality that has made him such a valuable commodity."

Cummins is full of praise for the role played by Young's parents in ensuring their son followed his dream, recalling: "Ashley's parents were absolutely first-class. They always made sure he got to sessions and he is a credit to himself and his family.

"They are the sort of people who would have totally supported Ashley if he had decided to be a plumber and a bricklayer rather than a professional footballer. I'm going over for a cup of tea with them next week and they will be so proud." 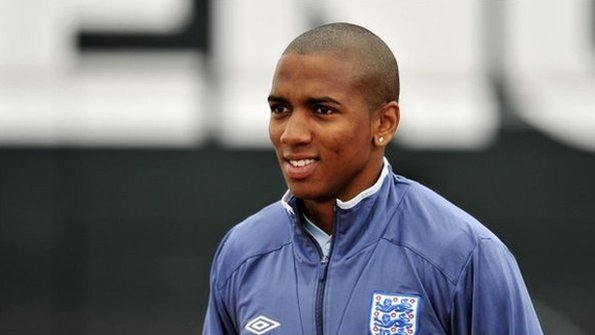 Young made his senior England debut in 2007 and has 15 caps. Photo: Getty images

Once Young broke into Watford's team his career trajectory brought him that move to Villa and now he will be a key component of Sir Alex Ferguson's Old Trafford rebuilding programme.

Cummins said: "As a youth coach you always want to produce your first million-pound player and I'm not too big to admit I've shed the odd tear when I see how well Ashley has done for himself and his family. Any player that comes through your system and does so well fills you with a real sense of pride and I feel that with Ashley.

"I'm so pleased for him. He's kept his feet on the ground, remembered the privileged position professional footballers are in. You still see him at charity events and he used to come along to some of my coaching sessions as well.

"He was always a quiet but confident lad but the biggest thing for me is that he's got rid of that battered old green Ford Fiesta he used to drive into training. He took some right stick for that but he's moved on to something better."

Now Young will hope he has moved on to something better as he aims to challenge for the Premier League and Champions League at Old Trafford.