Jose Mourinho continues to flirt outrageously with England by describing the Premier League as his "natural habitat". Now Harry Redknapp and Tottenham must make the Champions League their second home.

Mourinho makes no secret of his intention to return to the scene of great personal success once his work at Real Madrid is done.

And as the former Chelsea boss turns his attention to four games in 18 days against Barcelona following a 5-0 aggregate win over Spurs, Redknapp will attempt to fashion a finish to the domestic campaign that ensures White Hart Lane can savour Champions League football again next season.

Tottenham's adventure, which had started in Berne, effectively ended in the Bernabeu last week, a 4-0 defeat virtually rendering the second leg a dead rubber.

Any hope they may have had of securing a victory in front of their own fans on Wednesday was dashed when goalkeeper Heurelho Gomes gifted Cristiano Ronaldo the winner. 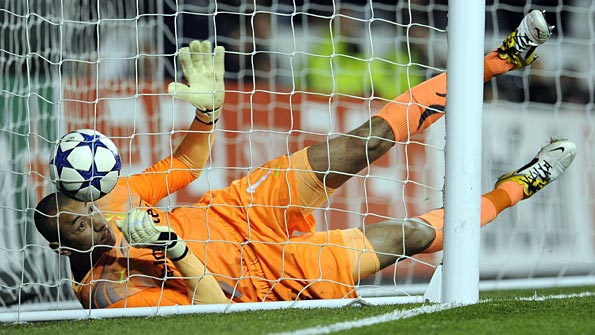 And yet the warm applause sweeping around White Hart Lane at the final whistle was deserved appreciation for a switchback ride of a campaign that opened with a mighty scare against Young Boys but was followed by golden nights against Inter and AC Milan.

The Champions League is addictive, so Spurs and their supporters will not want to go without it now they have sampled its potency.

Gareth Bale's destruction of Inter's Maicon in November has been immortalised on the stalls along the Seven Sisters Road, from a cartoon of the Welshman ordering a taxi for the celebrated Brazilian to a giant image of the Spurs player surging through a posse of defenders on the night the Serie A side simply could not cope.

No-one strode up Bill Nicholson Way or Paxton Road on Wednesday seriously expecting a miracle against Real - and none came. Mourinho is not the man you want to see stepping off the opposition's team coach first when you are attempting to claw back a four-goal deficit.

Tottenham never threatened to perform one of football's great modern miracles but there were flashes of the brilliance that has lit up the Champions League this season.

Bale occasionally tore down Real's right side to trouble Sergio Ramos in a manner that echoed his performance against Inter, with one surge of pace and power prompting even Mourinho to turn to his support staff and puff out his cheeks in admiration.

And Luka Modric, the gifted Croatian midfielder, showed he lives comfortably alongside technicians such as Xabi Alonso when it comes to range of passing and movement, not to mention an ability to work the tight angles and margins.

Spurs now have seven Premier League games to mirror what they achieved last season and beat Manchester City to a top four place. That will be no easy task, as Redknapp was only too keen to point out.

"The aim now is to get more next season," he said. "We have seen some great football at White Hart Lane - and away as well. It has been a wonderful experience. To play as we have and to have gone as far as we have has been great for everyone.

"I think we have always had the desire to get back in next season but it is not going to be easy. Manchester City finished a couple of points behind us last season and then went out and spent £150m to try to finish above us this year. It's difficult."

Champions League qualification is crucial to maintaining the momentum built up at Tottenham by Redknapp and there will be real disappointment if the experiences of this season are not repeated next time around.

Redknapp will require - and presumably demand - reinforcements to push his squad even closer to the Premier League summit. A quality striker and a keeper to put pressure on the erratic Gomes are priorities but chairman Daniel Levy is far less likely to sanction lavish spending without the riches that the Champions League can offer.

Crucially, Spurs will also be in better shape to keep their top players happy, reject offers and lure quality additions if they are in the Champions League. This is why the coming weeks are so vital for Redknapp and the club.

The manager joked about Mourinho's warm embrace for Bale at the final whistle, quipping that Spurs "may have to report" the Portuguese. But there is no question that Europe's bigger clubs will regard the Wales youngster as easier prey if Spurs are on the outside looking in when it comes to the Champions League. 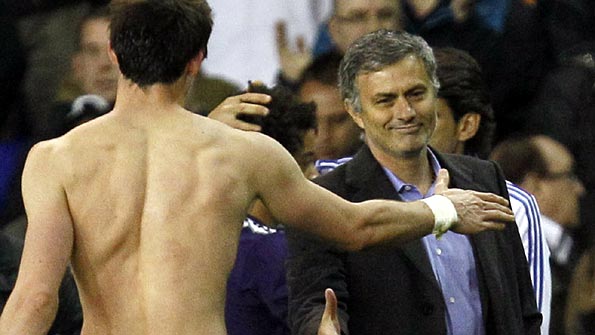 The rest of the season will do much to shape Tottenham's future but they have delivered plenty to be proud of this season already. They have brought verve and unpredictability to the Champions League, especially when enlivening a group stage that has occasionally verged on tedium in recent years.

Those experiences will drive Redknapp and his players through to the climax of the season as they pursue more European glory, glory nights at White Hart Lane.